Wildfires sweeping through a Greek resort town have killed at least 81 people including families with children found clasped in a last embrace as they tried to flee the flames. 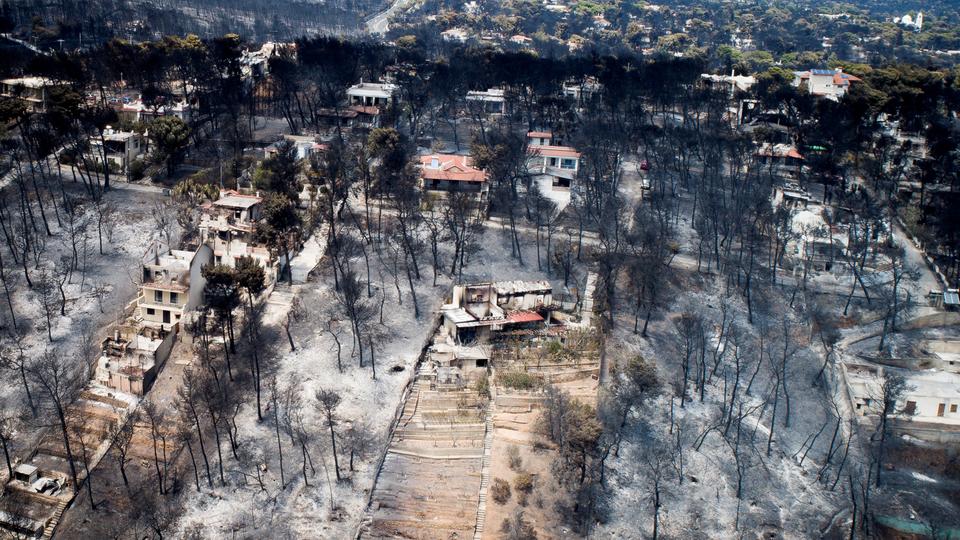 An aerial view shows burnt houses and trees following a wildfire in the village of Mati, near Athens, Greece, July 25, 2018. (Reuters)

Greece was counting the cost on Thursday of its deadliest wildfires in living memory, as emergency crews searched incinerated homes and vehicles for the missing after at least 81 people were confirmed to have died.

Firefighters were still dealing with pockets of flames from the unprecedented outbreak around Athens as the government, which has come in for heavy criticism following the disaster announced a raft of measures to compensate those affected.

The fires, which broke out on Monday, struck coastal villages popular with holidaymakers and burned with such ferocity that most people fled to the safety of the sea with just the clothes on their backs.

Survivors spoke of harrowing scenes including entire families burned alive in their homes.

One resident of Mati, the village worst affected, described it as “a night of hell.”

A fire service spokesman said that a blaze near Kineta, 25 kilometres (15 miles) west of Athens, was largely being managed, though it was still working to extinguish pockets of flames. 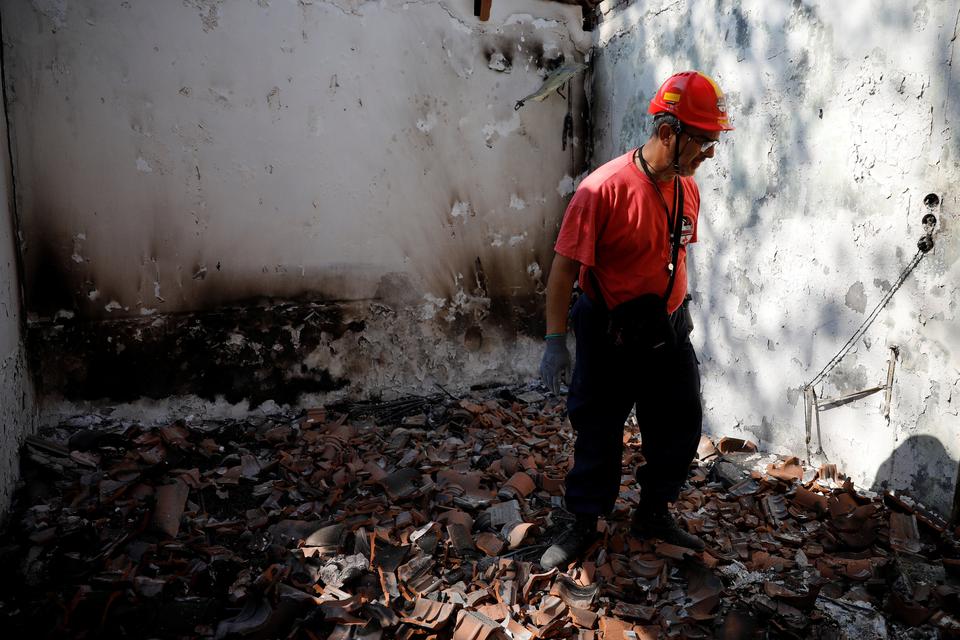 A member of a rescue team searches inside a destroyed house following a wildfire at the village of Mati, near Athens, Greece, July 25, 2018. (Reuters)

There was still no official word on the number of people missing after the catastrophe, but the death toll of 81 already makes this Greece’s worst fire outbreak in decades.

Among those killed was a newly married Irishman who had been on honeymoon in Mati when his car was caught in the wildfires. Although his wife Zoe managed to escape to a nearby beach, she was taken to hospital with burns, according to British media.

An emergency services spokeswoman said firefighters were still searching for people reported missing by their relatives.

She added that relatives of those missing had been asked to provide DNA samples to help authorities identify bodies.

A website set up by residents lists 27 people still unaccounted for, including a pair of nine-year-old twin girls. 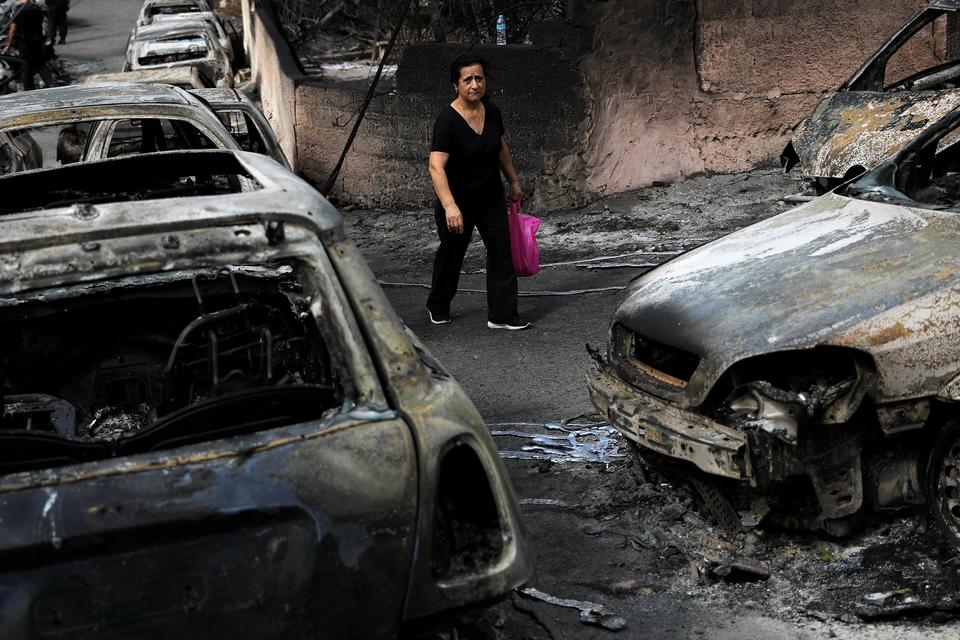 A woman walks among burnt cars following a wildfire at the village of Mati, near Athens, Greece, July 24, 2018. (Reuters)

When the fires broke out on Monday evening, terrified residents and tourists were overtaken by the flames in homes, on foot or in their cars. AFP photographers saw the burnt bodies of people and dogs.

Some 187 people were hospitalised, with 71 still being treated as of Wednesday evening, including almost a dozen children, most of whom were in a “serious condition,” the fire services said.

Initial reports suggest at least 300 homes were destroyed or badly damaged in the fires. 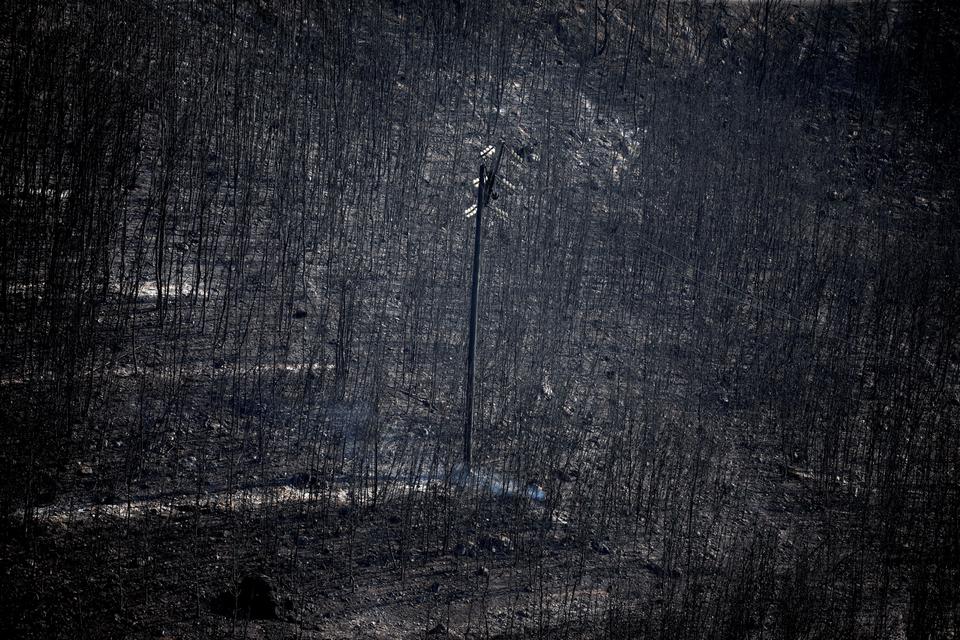 But the measures did little to assuage public anger over how such a disaster could happen just a few kilometres from Athens.

The mass-selling Kathimerini newspaper published details of what it said was a chaotic meeting held in April to discuss fire prevention in the region.

“Instead of organising the fight against fires, the municipalities, prefectures, fire services and foresters fought with each other,” it said.

The wildfires come as record temperatures in northern Europe have also seen blazes cause widespread damage in recent days.