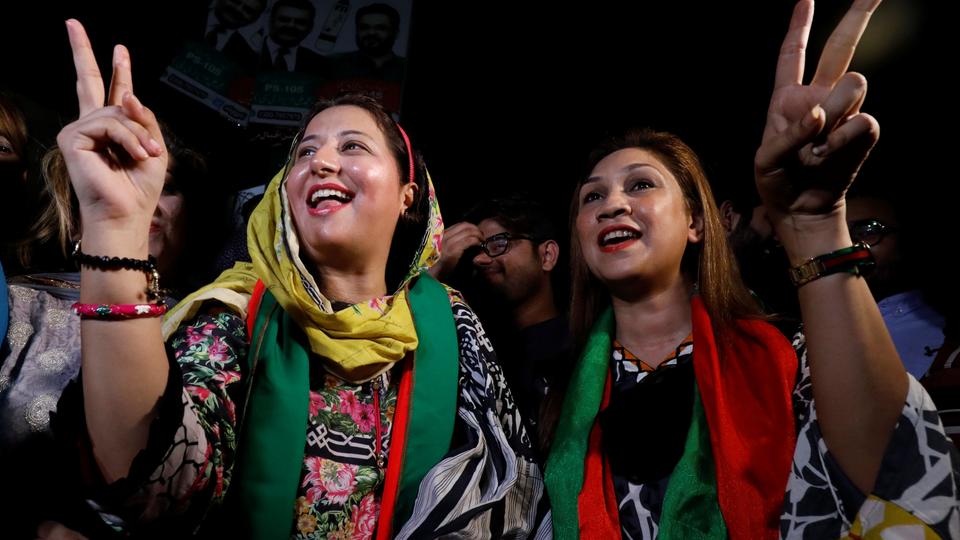 Supporters of cricket star-turned-politician Imran Khan, chairman of Pakistan Tehreek-e-Insaf (PTI), gesture to party songs with others, as they celebrate a day after the general electionsin Karachi, Pakistan July 26, 2018. (Reuters)

Pakistan’s electoral commission was expected to announce the full results of a disputed elections on Friday, paving the way for the winner, former cricket hero Imran Khan, to begin searching for coalition partners.

Khan, during a speech declaring victory on Thursday, offered to investigate opposition claims of rigging and vowed to improve relations with neighbours India and Afghanistan, while calling for “mutually beneficial” ties with the United States.

TRT World’s Shoaib Hasan has the latest on Pakistan’s elections from the capital and the reaction to Imran Khan’s speech.

The allegations of rigging in Wednesday’s elections follow a bitter campaign in which Pakistan’s powerful military was accused of tilting the race in favour of Khan, and trying to erase democratic gains made since the last military regime ended in 2008.

Although Khan appeared likely to fall short of the 137 seats needed for a majority in the National Assembly, his better-than-expected results mean he should have no problems forming a government with a handful of small coalition partners.

Kamran Yousaf joins TRT World from Islamabad to tell us the latest.

Provisional results released by the Election Commission of Pakistan (ECP) on Friday morning showed Khan’s Pakistan Tehreek-e-Insaf (PTI), or Pakistan Movement for Justice party, had won 110 seats out of the 251 races where counting had ended. The National Assembly has 272 seats in total. 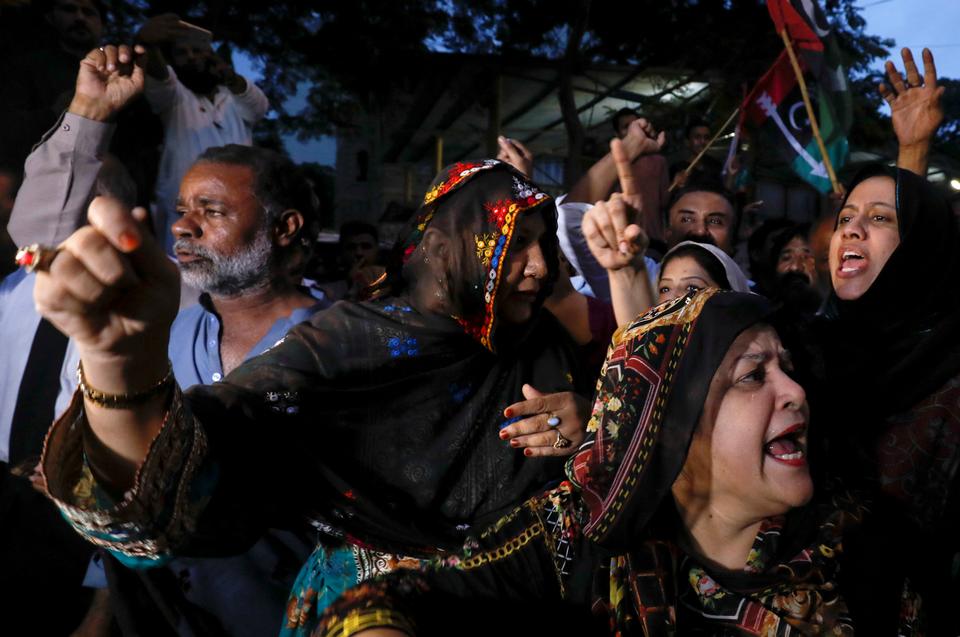 Supporters of Bilawal Bhutto Zardari, chairman of the Pakistan People’s Party (PPP), chant slogans against, what they say is alleged rigging by the Election Commission of Pakistan (ECP), a day after the general elections in Karachi, Pakistan July 26, 2018. (Reuters)

“(PML-N) would play the role of a strong opposition,” said Shehbaz Sharif, the PML-N president and brother of Nawaz Sharif, according to the English-language Dawn newspaper.

Khan’s party also appears to succeeded in wresting control of the local assembly in Pakistan’s biggest province, Punjab, from the Sharifs, according to the incomplete results. Punjab is home to more than half of Pakistan’s 208 million people and been the power base of the Sharif family for more than three decades.

Shehbaz Sharif has said the vote count was rigged and vowed to offer evidence to the ECP. Both the PML-N and PPP say their party monitors at many voting centres were either kicked out during counting or had not received the official notifications of the precinct’s results, instead being given handwritten tallies they could not verify.

Pakistan’s election monitoring body and a team from the European Union were scheduled to deliver their assessments of the conduct of the elections on Friday.