Greece has pleaded for assistance from European neighbours to help battle wildfires, including a blaze ravaging a forest near Athens. 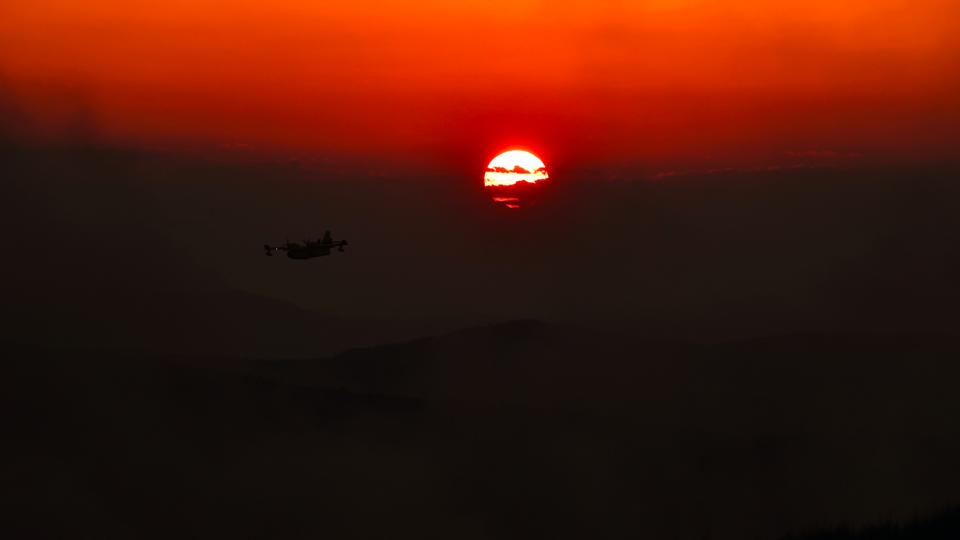 The army was called in to assist firefighters around Kalamos, 45 kilometres (30 miles) east of Athens, where a fire has been burning since August 13. (AFP)

Firefighters battled wildfires raging northeast of Athens for a third day on Tuesday as Greece asked for help from its European partners to prevent them from spreading.

The fire started in Kalamos, a coastal holiday spot some 45 km (30 miles) northeast of the capital, and has spread to three more towns, damaging dozens of homes and burning thousands of hectares of pine forest. A state of emergency has been declared in the area.

“The blaze is advancing with great speed. Because of the scale and intensity of the wildfires, the country submitted a request for aerial means,” fire brigade spokeswoman Stavroula Maliri told a press briefing.

Three firefighting planes and six water-throwing helicopters operated through the day, assisting 210 firefighters and about 100 military personnel battling the blaze on the ground near the town of Kapandriti.

Rugged terrain dotted with small communities made the fire-fighting difficult, with winds rekindling the blaze at many spots. Thick, billowing smoke rendered operations from the air difficult.

Across Greece, firefighters were battling more than 55 forest fires, an outbreak fed by dry winds and hot weather that fanned blazes in the Peloponnese and on the Ionian islands of Zakynthos and Kefalonia.

On Zakynthos, an island popular with foreign tourists, a dozen fires burned for a fifth day. Authorities declared a state of emergency there on Monday. A government minister said there was no doubt the fires had been set deliberately.

“It’s arson according to an organised plan,” Justice Minister Stavros Kontonis, the member of parliament for Zakynthos, told state TV.

In Kalamos, community president Dimitris Kormovitis told Reuters TV: “If we don’t manage to cut it off today, there will be terrible consequences. There has been devastation of a biblical scale in our area, which is one of the last lungs of the Attica region.”

Andreas Theodorou, a local councillor in Kalamos, said the blaze had damaged several dozen homes. “Help did not arrive fast enough, and if you don’t stop a forest fire so large as soon as it breaks out, it’s very hard to put it out,” he said.