Canada to legalise recreational use of marijuana

Canada will become the second country in the world to make marijuana legal nationwide when the bill is signed into law in September, making it legal for Canadians to buy marijuana for recreational purposes. 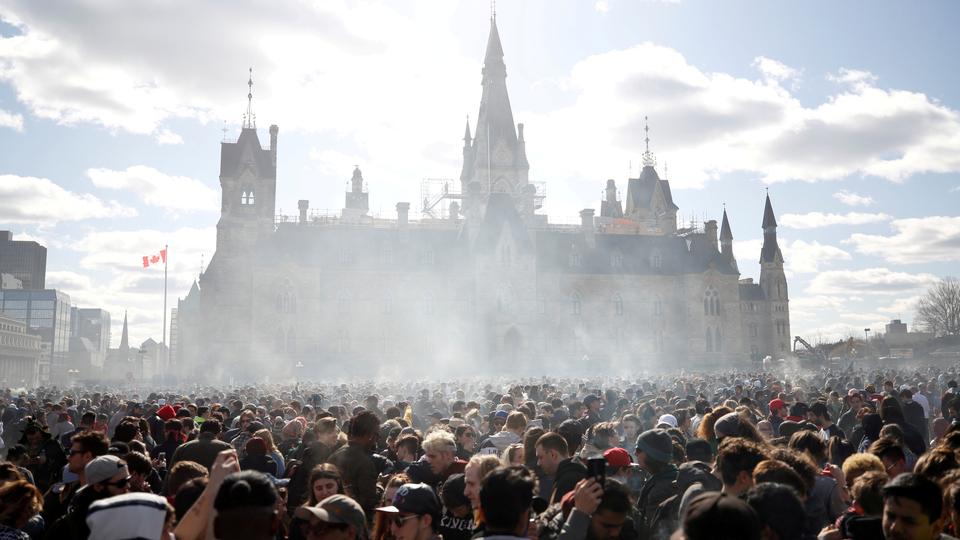 Canada’s senate gave final passage on Tuesday to the federal government’s bill to legalise marijuana, though Canadians will have to wait at least a couple of months to legally buy marijuana as their country becomes the second in the world to make pot legal nationwide.

“It’s been too easy for our kids to get marijuana — and for criminals to reap the profits. Today, we change that. Our plan to legalise & regulate marijuana just passed the Senate,” Trudeau tweeted.

It’s been too easy for our kids to get marijuana – and for criminals to reap the profits. Today, we change that. Our plan to legalize & regulate marijuana just passed the Senate. #PromiseKept

Canada is following the lead of Uruguay in allowing a nationwide, legal marijuana market, although each Canadian province is working up its own rules for pot sales. The federal government and the provinces also still need to publish regulations that will govern the cannabis trade.

“We have seen in the senate tonight a historic vote that ends 90 years of prohibition of cannabis in this country, 90 years of needless criminalisation, 90 years of a just-say-no approach to drugs that hasn’t worked,” said independent Senator Tony Dean, who sponsored the bill in the upper house.

Canada is the largest developed country to end a nationwide prohibition on marijuana use. In the neighbouring US, nine states and the District of Columbia have legalised marijuana. California, home to one in eight Americans, launched the United States’ biggest legal marijuana marketplace in January.

Justice Minister Jody Wilson-Raybould tweeted that it was a “historic milestone for progressive policy in Canada as we shift our approach to cannabis.”

Health Minister Ginette Petitpas Taylor tweeted she was thrilled that the senate approved the bill. “We’re on the cusp of a sensible, responsible and equitable cannabis policy,” she said.

The Canadian government largely followed the advice of a marijuana task force headed by former Liberal Health Minister Anne McLellan as well as the advice of former Toronto Police Chief Bill Blair, who is the parliamentary secretary to the justice minister.

The task force recommended adults be allowed to carry up to 30 grams of pot and grow up to four plants. It also said marijuana should not be sold in the same location as alcohol or tobacco.

The most controversial aspect of Canada’s move to legalise marijuana nationwide has been setting the minimum age for use at 18 or 19, depending on the province. That is lower than in US states that have embraced legalisation.

Advocates argued that putting the limit at 21 would encourage a black market and drive youths into the hands of criminals. But some health experts have worried that the lower age will encourage use of a substance that can have long-term consequences on still-maturing brains.

“We’re going to have all those involved in illegal marijuana peddling right now becoming large corporation,” Conservative Senator Leo Housakos said. “When you normalise the use of marijuana and you’re a young person and you had certain reservations because of the simple fact that it was illegal, there’s, I believe, a propensity to have somebody be more inclined to use it.”