The daughter of ex Russian spy Sergei Skripal, has appeared on camera since the pair were found slumped on a bench in Salisbury, UK. The incident is being treated as a suspected Russian chemical attack. 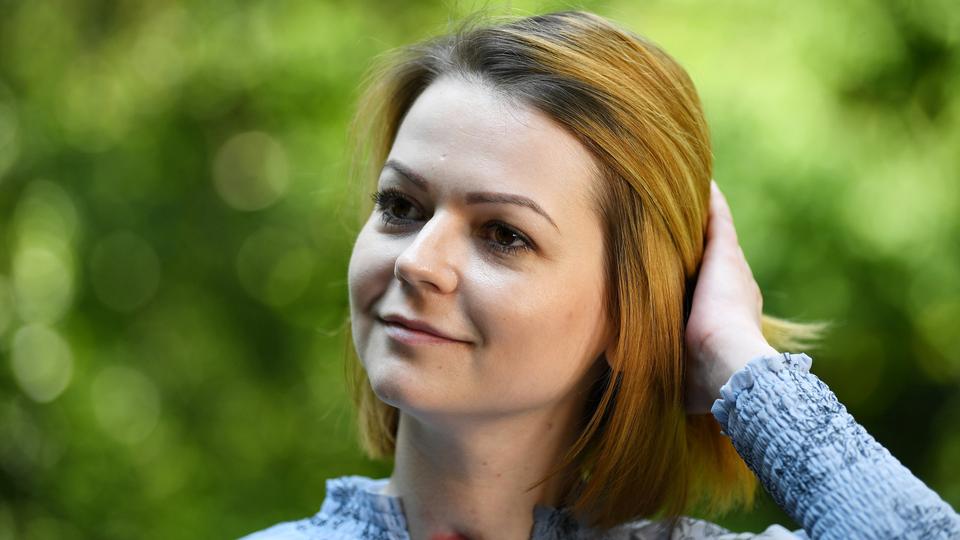 Yulia Skripal, who was poisoned in Salisbury along with her father, Russian spy Sergei Skripal, speaks to Reuters in London, Britain, on May 23, 2018. (Reuters)

Yulia Skripal, who was poisoned with her ex-spy father in a nerve agent attack, said on Wednesday her recovery has been “slow and painful,” and that she hopes to return to her home in Russia someday.

In her first appearance on camera since the poisoning that sent UK-Russia tensions soaring, Skripal said she and her 66-year-old father Sergei were “lucky to have both survived this attempted assassination.”

They spent weeks hospitalised in critical condition after they were found unconscious in the English city of Salisbury 145 kilometres southwest of London, on March 4.

Britain blames Russia for poisoning the Skripals with a military-grade nerve agent  a charge Russia vehemently denies. The incident has sparked a Cold War-style diplomatic crisis between Russia and the West, including the expulsion of hundreds of diplomats from both sides.

Yulia, 33, was discharged from the hospital in April, and her father last week. Both have been taken to an undisclosed location for their protection.

She said she had arrived to visit her father in Salisbury the day before the attack.

“After 20 days in a coma, I woke to the news that we had both been poisoned,” she said.

During their “slow and extremely painful” recovery, she has been struggling to come to terms with “the devastating changes thrust upon me both physically and emotionally,” she said.

“I don’t want to describe the details, but the clinical treatment was invasive, painful and depressing,” she said.

“In the longer term, I hope to return home to my country,” once she and her father have both recovered, she added.

Sergei Skripal is a former Russian intelligence officer who was convicted of spying for Britain before coming to the UK as part of a 2010 prisoner swap. He had been living quietly in Salisbury when he was struck down.

Britain says the Russian state poisoned the Skripals with a Soviet-designed nerve agent dubbed Novichok that likely was smeared on the door handle of Sergei Skripal’s suburban house.

The international chemical weapons watchdog has backed up Britain’s conclusion that the Skripals were poisoned with a Novichok nerve agent, but has not determined where it was produced.

Dana Lewis has more from London.

Hundreds of counterterrorism officers and support staff are working on the case, but police have not yet identified any suspects.

Moscow accuses Britain of failing to provide any evidence for its claims and of stonewalling Russian requests for information.

Yulia Skripal’s latest statement appeared designed in part to address claims from Moscow that Britain has effectively kidnapped the pair and prevented Russian officials from visiting them.

Russia’s ambassador to London has accused the UK government of breaking international law by not granting Russia consular access to them.

Yulia Skripal requested that she and her father be given privacy.

“We need time to recover and come to terms with everything that has happened,” she said.

“I’m grateful for the offers of assistance from the Russian Embassy, but at the moment I do not wish to avail myself of their services.”

“Also, I want to reiterate what I said in my earlier statement that no one speaks for me, or for my father, but ourselves,” she said.