A former Turkish soldier who fled with seven others to Greece after a failed coup attempt in 2016 should be granted asylum, a Greek court has ruled, prompting an angry response from Ankara. 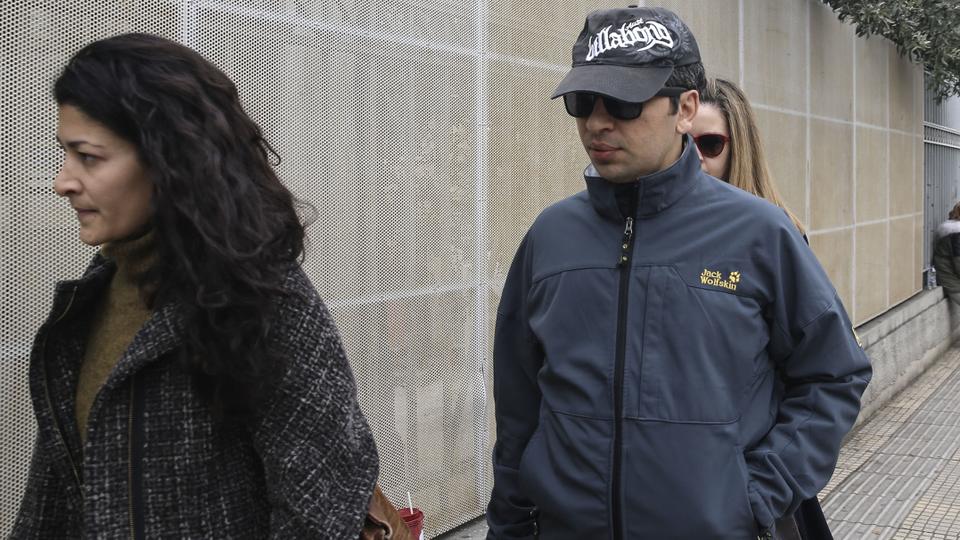 One of the 8 Turkish fugitive soldiers, Suleyman Ozkaynakci is brought to Asylum Service in Athens, Greece on January 8, 2018. (AA)

Turkey’s Foreign Ministry on Thursday condemned a decision by the top court in Greece granting asylum to ex-Turkish soldier Suleyman Ozkaynakci, who Ankara accuses of involvement in the 2016 coup bid.

The Greek Council of State, the highest administrative court in the country, “in defiance of the rules of international law, granted asylum to putschist Suleyman Ozkaynakci,” said the ministry in a statement.

“It has been thereby reaffirmed by the international community that Greece is a country, which protects and shelters the putschists. We strongly condemn this decision that deeply offends the conscience of the Turkish nation,” the statement added.

“We hope that the Greek judiciary will refrain from repeating the same mistakes by taking similar biased decisions in the future,” it said.

Press Release regarding the Decision of the Greek Council of State on the Admission of Putschist Süleyman Özkaynakçı’s Asylum Request https://t.co/MKeDfbdsZh

Ozkaynakci’s asylum request had been accepted in December 2017 by an asylum commission in Greece, but later the Greek government raised an objection to it.

He was released briefly after being granted asylum but was arrested again after the government raised an objection to the asylum.

The Greek Council of State evaluated the government’s objection last month and ordered the release of Ozkaynakci under strict control until the results of asylum applications of all eight Turkish coup plotters come out.

Turkish EU Minister Omer Celik called the Council of State ruling “the most embarrassing decision a country can make.”

“The justice system of Greece, an EU member, decided to defend the terrorists who attempted a coup to overthrow democracy in Turkey,” he said on Twitter.

Greek Council of State ruled to grant asylum status to coup-plotter terrorists who fled to Greece after 15 July. Most embarrasing ruling possible for any country.

The eight former Turkish servicemen fled to Greece a day after the defeated 2016 Turkish coup. They are accused by Turkish authorities of involvement in the coup and being members of the Fetullah Terrorist Organisation (FETO).

FETO and its US-based leader Fetullah Gulen orchestrated the defeated coup on July 15, 2016, which killed at least 250 people and injured nearly 2,200.