Conservative Ivan Duque, who wants to overhaul a peace deal with Colombia’s Marxist rebels, won Sunday’s first-round presidential election, setting up a runoff next month with leftist Gustavo Petro, who has pledged to take on entrenched elites. 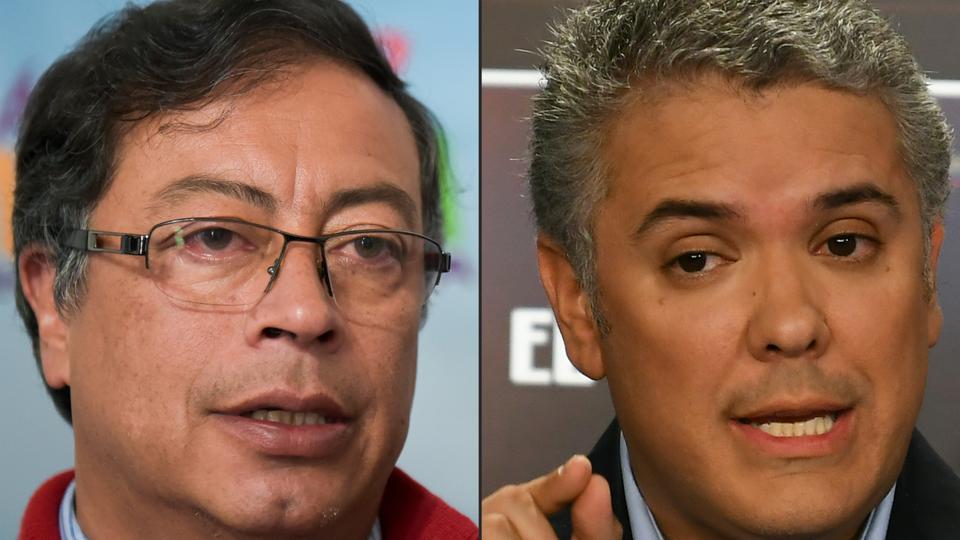 A 41-year-old senator, Duque will face his leftist rival, former guerrilla Gustavo Petro, in the run-off on June 17.

With most of the vote counted, Duque had polled 39.7 percent of the votes, compared to Petro’s 24.8 percent. Petro beat off a late challenge from former Medellin mayor Sergio Fajardo to narrowly take the second runoff spot.

It was the first presidential poll in half a century free of the threat of the FARC, though Duque, 41, has campaigned strongly on a pledge to rewrite a peace agreement with the former rebel movement.

Polling closed on schedule at 2100 GMT (4:00 pm) after eight hours of “totally normal” voting, said electoral authority chairman Juan Carlos Galindo. Bogota and other major cities reported a high turnout in a country where voter abstention is traditionally around 50 percent.

The peaceful election was an achievement celebrated by outgoing President Juan Manuel Santos after casting his ballot in Bogota.

“So far not a single voting station has had to be moved for security reasons,” he said in a televised speech. “It’s been many decades since that has happened. In other words, these elections are going to be the most secure, the calmest.”

Ironically, the peace Santos made with the FARC, which is now a political party, has opened sharp divisions, reflected in the leading candidates to succeed him.

Duque has vowed to rewrite an accord he sees as too lenient on a group that waged a decades-long war of terror in Colombia before transforming itself into a political party.

“I want a country of legality, a full-on fight against corruption, a country where peace can breathe throughout the land,” said Duque after casting his ballot in Bogota.

Outside one Bogota polling station, Paula Rubio, 38, said she voted for Duque “to maintain order in the country.”

Petro, a former member of the disbanded M-19 rebel group, has defied expectations in a country where presidential elections have traditionally been the domain of the right.

Petro said he wanted a Colombia “present and future” without hatred or vengeance and to leave behind “the machinery of corruption.”

The 58-year-old rallied many Colombians with his campaign speeches against inequality and corruption, making him the country’s first leftist candidate going to the second round of a presidential poll.

“I voted for Petro… who has helped the poor people,” said domestic worker Gladys Cortes, 60.

Journalist Richard McColl has the latest from Bogota.

Santos – who was awarded the Nobel Peace Prize for the 2016 deal with the FARC – steps down in August.

Duque, a grey-haired senator and former economist, is backed by the Democratic Center party of former president Alvaro Uribe, which swept legislative elections in March. If successful, he can count on the support of Congress.

Uribe fell out with onetime ally Santos over his drive for peace with FARC, setting up his own party in 2013.

Many voters see Uribe’s guiding hand behind the inexperienced Duque’s campaign. Like Santos, the 65-year-old Uribe is constitutionally precluded from seeking a third term.

Colombia, ravaged by corruption and glaring inequality, is still struggling to emerge from the longest armed conflict in the Americas.

The world’s leading producer of cocaine, the country continues to battle armed groups vying for control of lucrative narco-trafficking routes in areas FARC once dominated.

The peace deal, in effect for little more than a year, remains fragile.

The FARC, now in the form of a political party, did not win much support in March legislative elections, failing to add to the 10 parliamentary seats it was awarded in the peace deal.

“What we Colombians want is that those who have committed crimes against humanity be punished by proportional penalties, which is incompatible with political representation, so that there is no impunity,” Duque recently told AFP.

The senator has pledged to eradicate “the cancer of corruption” and to revive a sluggish economy while vowing to defend traditional family values.

Petro’s crowds grew steadily as his campaign went on, in what some analysts see as public support for the peace deal and the rehabilitation of FARC as a political party.

“Society has overcome the fear of violence and terror, and what we are seeing today is the political expression of that, filling public places and drawing crowds,” Petro told AFP in the final days of his campaign.