Medicines are becoming increasingly scarce as the Venezuelan economy implodes, causing shortages and forcing thousands of people to seek medical help in Colombia. 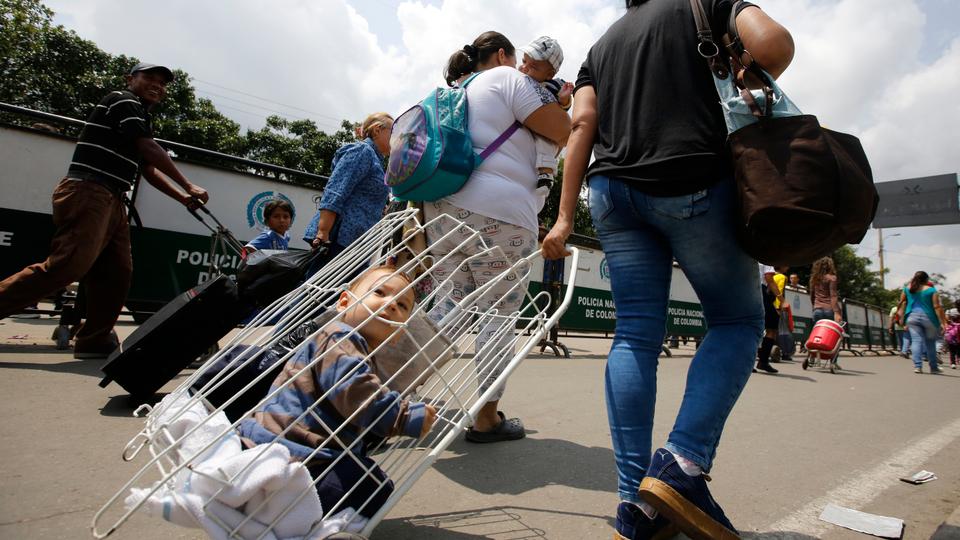 In this February 23, 2018 photo, Venezuelan citizens arrive to La Parada neighbourhood of Cucuta, Colombia, on the border with Venezuela. Aside from providing health care, border cities are also coping with an array of public safety issues, like a rise in prostitution and groups of men, women and children sleeping on the streets. (AP)

Medicine is becoming increasingly scarce as the Venezuelan economy implodes.

These shortages have forced thousands of people to migrate across the Colombian border and seek medical help ranging from vaccinations to broken bone treatments.

TRT World’s Manuel Rueda reports from the border in the Colombian city of Cucuta.