Trump tells Russia to ‘get ready’ for a missile attack

US President Donald Trump said “missiles will be coming” after Russia said it will shoot down missiles fired at Syria. 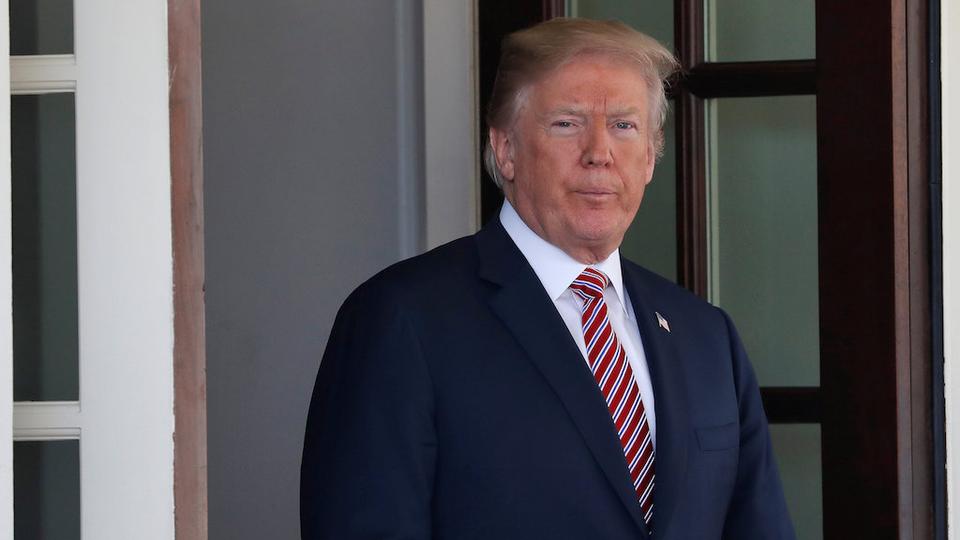 US President Donald Trump said on Wednesday that “missiles will be coming” in response to an alleged chemical attack in Syria, defying Russian warnings against a strike.

Upping the stakes in an escalating confrontation with Moscow, Trump took to Twitter in the strongest assertion yet that he plans to take military action in Syria.

Russia vows to shoot down any and all missiles fired at Syria. Get ready Russia, because they will be coming, nice and new and “smart!” You shouldn’t be partners with a Gas Killing Animal who kills his people and enjoys it!

Trump and other Western leaders have vowed a quick and forceful response to Saturday’s alleged gas attack, which rescue workers say killed more than 40 people in the rebel-held Damascus suburb of Douma.

Efforts to find a diplomatic solution at the UN Security Council on Tuesday failed, with Washington and Moscow opposing each other’s rival motions to set up an international investigation into chemical weapons use.

Russia has meanwhile taken to stronger and stronger warnings.

“We would hope that all sides will avoid steps that in reality are not provoked by anything and that could destabilise the already fragile situation in the region,” Kremlin spokesman Dmitry Peskov said.

“The situation is tense,” Peskov said, adding that Russia is calling for an “unprejudiced and objective investigation before making judgements” on the suspected use of chemical weapons.

Russian foreign ministry spokeswoman Maria Zakharova also insisted that smart rockets should be aimed at “terrorists” rather than what Moscow calls the “legitimate government” of Syria, referring to Bashar al Assad’s regime.

Trump has said he plans to make the Syrian regime, and perhaps its Russian and Iranian backers, pay a “big” price for the latest alleged toxic gas atrocity in the war-wracked country.

The United States, Britain and France have argued the incident bears all the hallmarks of a strike ordered by the regime, which has been blamed for previous attacks by the Organisation for the Prohibition of Chemical Weapons (OPCW).

Both Trump and his defence secretary Jim Mattis abruptly cancelled upcoming travel plans on Tuesday, as the USS Donald Cook – a guided-missile destroyer – moved to within striking range of Syria.

The air traffic control agency Eurocontrol has also released an alert from the European Aviation Safety Agency to flight operators in nearby airspace of “the possible launch of air strikes into Syria with air-to-ground and/or cruise missiles within the next 72 hours.”

French President Emmanuel Macron, who has been coordinating closely with Washington, said he would decide on a response “in the coming days.”

“Our decision will not target allies of the regime or attack anyone but rather attack the regime’s chemical capabilities,” he said, insisting he did “not want an escalation.”

As it looked to head off the threat of Western strikes, Syria said it had invited the OPCW to visit the site of the alleged attack in Douma, a town in the Damascus suburb of eastern Ghouta that is on the verge of falling to the regime after a long and bloody siege.

The OPCW said it would “shortly” deploy a fact-finding team to Douma for an investigation, but US officials said they were working from their own information and would not necessarily hold back.

The World Health Organization on Wednesday demanded “immediate” access to the victims of the alleged chemical attack.

“We should all be outraged at these horrific reports and images from Douma,” said Peter Salama, the UN agency’s chief of emergency response.

“WHO demands immediate unhindered access to the area to provide care to those affected, to assess the health impacts, and to deliver a comprehensive public health response,” he added.

In 2017, Trump launched a cruise missile strike against a Syrian air base in retaliation for a sarin attack the UN later pinned on Assad.

The regime has denied accusations of using banned weapons such as chlorine or sarin throughout the country’s civil war.

Douma has been heavily bombed by the regime and Russia making it extremely difficult for media to independently verify the claims.

The OPCW does not have a mandate to establish who is responsible for attacks, and the joint OPCW-UN taskforce that once did was shut down by Russia last year after it blamed the Syrian regime.

The regime agreed to hand over its chemical arsenal in 2013, narrowly avoiding American and French air strikes in retaliation for a suspected sarin attack.