Facebook CEO Zuckerberg says his own data was also breached

During testimony before the House Energy and Commerce Committee Facebook, CEO Mark Zuckerberg said, “It is inevitable that there will need to be some regulation.” 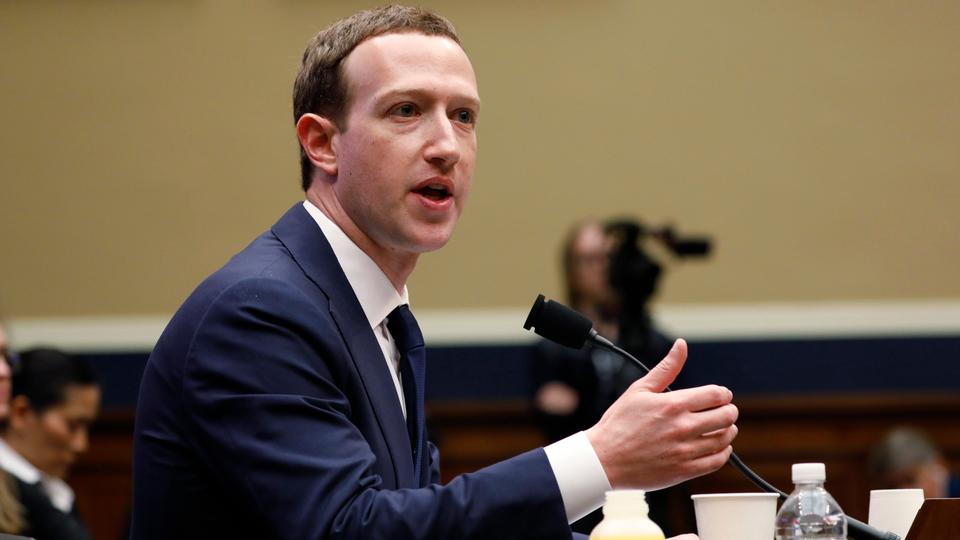 Facebook CEO Mark Zuckerberg testifies before a House Energy and Commerce Committee hearing regarding the company’s use and protection of user data on Capitol Hill in Washington, US, April 11, 2018. (Reuters)

Facebook CEO Mark Zuckerberg told a House oversight panel on Wednesday that he believes it is “inevitable” there will be regulation of the social media industry and also disclosed to lawmakers that his own data was included in the personal information sold to malicious third parties.

“The internet is growing in importance around the world in people’s lives, and I think that it is inevitable that there will need to be some regulation,” Zuckerberg said during testimony before the House Energy and Commerce Committee. “So my position is not that there should be no regulation, but I also think that you have to be careful about regulation you put in place.”

Larger, more dominant companies like Facebook have the resources to comply with government regulation, he said, but “that might be more difficult for a smaller startup to comply with.”

Lawmakers in both parties have floated possible regulation of Facebook and other tech companies amid privacy scandals and Russian intervention on the platform. It’s not clear what that regulation would look like and Zuckerberg didn’t offer any specifics.

Zuckerberg was answering a question from Rep. Anna Eshoo, D-Calif., when he informed lawmakers about his personal data, a reference to the Cambridge Analytica scandal that has rocked his company over the past several weeks.

His remarks came as he opened the second day of a congressional inquisition in the wake of the worst privacy debacle in his company’s history.

A day earlier Zuckerberg batted away often-aggressive questioning from senators who accused him of failing to protect the personal information of millions of Americans from Russians intent on upsetting the US election.

The stakes are high for both Zuckerberg and his company. Facebook has been reeling from its worst-ever privacy failure following revelations last month that the political data-mining firm Cambridge Analytica, which was affiliated with Trump’s 2016 campaign, improperly scooped up data on about 87 million users.

Zuckerberg has been on an apology tour for most of the past two weeks, culminating in his congressional appearances this week.

But what comes next is unclear.

Lawmakers said repeatedly they think Facebook should probably be regulated. But there was no consensus at all on that point — what exactly should be regulated, or even what the biggest problems are.

Members pressed Zuckerberg on the company’s privacy policies and often declared that Facebook needs to do more to protect user data. Several lawmakers touted bills they’ve introduced. But there was no clear thread among them as to how, or if, the government should step in.

“I’ve just seen it over and over again — that we have the hearings, and nothing happens,” Pallone said.

Rep. Greg Walden, R-Ore., the committee chairman, asked Zuckerberg if it ever crossed his mind several years ago when user data was being extracted from Facebook “that you should be communicating more clearly with users that Facebook is monetizing their data.” Information about users “is probably the most valuable thing about Facebook,” Walden added.

Zuckerberg said Facebook allows people to decide whether and how they want their information shared. But he said his company “can do a better job of explaining how advertising works.”

“We continue to have these abuses and these data breaches,” DeGette said. “But at the same time it doesn’t seem like future activities are prevented.”

Facebook’s stock rose slightly in Wednesday’s early afternoon trading, providing an indication that investors are betting the company’s ability to sell ads based on the personal information that it collects won’t be hampered by whatever action Congress might take.

But Facebook’s stock remains 10 percent below where it stood before news of the privacy scandal broke last month, a decline that has wiped out about $50 billion in shareholder wealth.

During roughly five hours of questioning by members of the Senate Judiciary and Commerce committees on Tuesday, Zuckerberg apologised several times for Facebook failures.

He also disclosed that his company was “working with” special counsel Robert Mueller in the federal probe of Russian election interference and said it was working hard to change its own operations in the wake of the Cambridge Analytica revelations.

As for the federal Russia probe that has occupied much of Washington’s attention for months, he said he had not been interviewed by special counsel Mueller’s team, but “I know we’re working with them.” He offered no details, citing a concern about confidentiality rules of the investigation.

Earlier this year Mueller charged 13 Russian individuals and three Russian companies in a plot to interfere in the 2016 presidential election through a social media propaganda effort that included online ad purchases using US aliases and politicking on US soil. A number of the Russian ads were on Facebook.

Zuckerberg said Facebook had been led to believe Cambridge Analytica had deleted the user data it had harvested and that had been “clearly a mistake.” He said Facebook had considered the data collection “a closed case” and had not alerted the Federal Trade Commission. He assured senators the company would have handled the situation differently today.