At least 64 people were killed and over forty injured in the fire which broke out Sunday, but was not brought under control until early Monday. About 300 firefighters and rescue personnel attended the blaze in a shopping mall in Kemerovo. 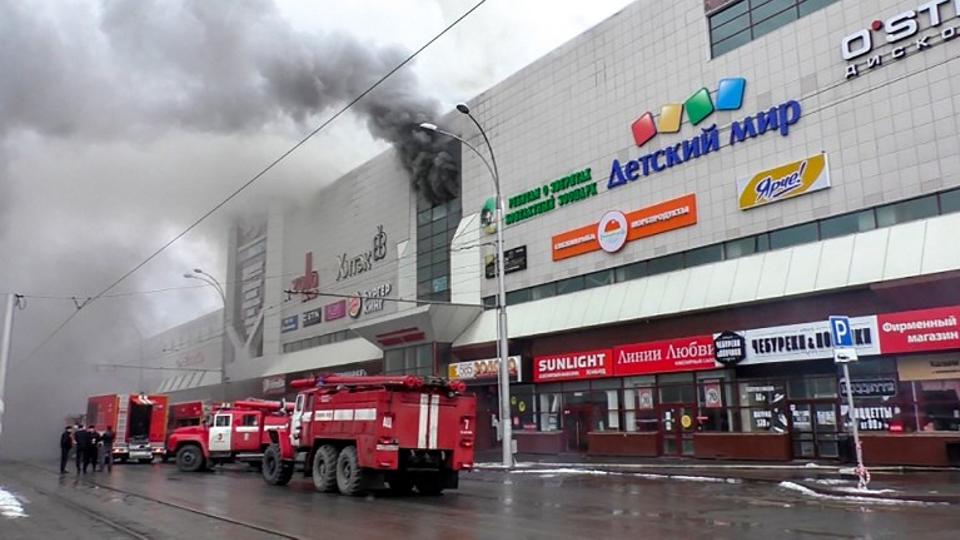 This handout picture released by The Russian Emergency Situations Ministry on March 25, 2018, shows emergency vehicles as they gather outside a burning shopping centre in Kemerovo. (AFP)

The death toll from a fire in a Russian shopping centre on Sunday has reached 64 people, Emergency Situations Minister Vladimir Puchkov told a televised briefing on Monday.

Six of the bodies have not yet been recovered.

Puchkov gave the death toll confirmation after the firefighters finished combing through the four floors of the mall but he would not immediately say how many of the victims were children as only 15 people have been identified.

The Investigative Committee, the state body that handles major crimes, earlier said in a statement that 44 people hurt in the fire in the eastern city of Kemerovo had sought medical help, and of these 10 people were still in hospital.

Reagan Des Vignes has this report.

The preliminary findings of the inquiry said the fire started around 1100 GMT in one of the cinema halls and destroyed more than 1,000 square metres of the centre, news agencies reported.

“The roof collapsed in two theatres in the cinema,” the Investigative Committee said.

“This shopping centre on several floors was packed with people mid-day Sunday. No one knows exactly how many people there were inside when the fire broke out,” Alexandre Eremeyev, an official with the local Russian emergency services ministry, said in a statement.

There has been no immediate information on the cause of the fire in the city, which is a coal-producing region some 3,000 kilometres (1,900 miles) east of Moscow.

The fire was brought under control around 1730 GMT, local emergency officials said, adding that some 300 firefighters and rescue personnel had been sent to the scene.

The reports didn’t say if the victims died from burns or smoke inhalation.

The shopping mall, which opened in 2013, has a cinema, petting zoo, children’s centre and bowling, TASS reported.

Lucy Taylor is in Moscow with more.