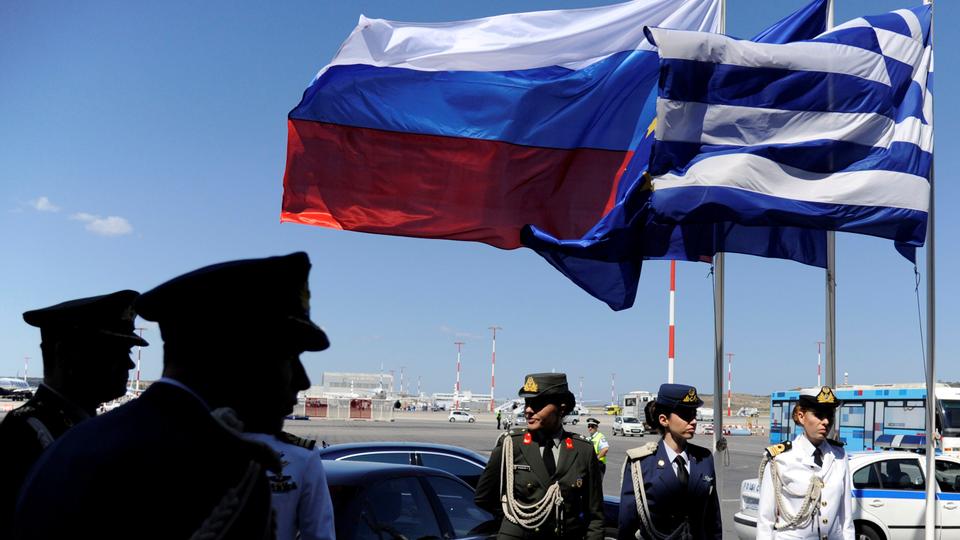 Greek police and army officers stand by Greek, Russian and EU flags as they wait for the arrival of Russian President Vladimir Putin in Athens, Greece airport, May 27, 2016. (File photo) (Reuters)

Russia said on Monday it had summoned Greece’s ambassador to Moscow and told him it was responding in kind to what it called an unfriendly decision by Athens to expel two Russian diplomats.

The Russian Foreign Ministry said it had summoned Greek Ambassador Andreas Friganas and handed him a diplomatic note informing him “of tit-for-tat measures taken by the Russian side.”

In its statement, it did not name the Greek diplomats it had expelled or say when it had asked them to leave.

Greece said in July it had expelled two Russian diplomats and barred two other people from entering the country for trying to bribe officials and foment demonstrations to thwart a deal to allow Macedonia to join NATO.

Russia’s Foreign Ministry called the Greek move unjustified at the time and warned of unspecified consequences, prompting its Greek counterpart to tell Moscow to stop interfering in the domestic affairs of a foreign country.