NATO chief Jens Stoltenberg says Macedonia will be able to become NATO’s newest member, provided the new name was approved in a referendum later this year to resolve a long-running row with Greece. 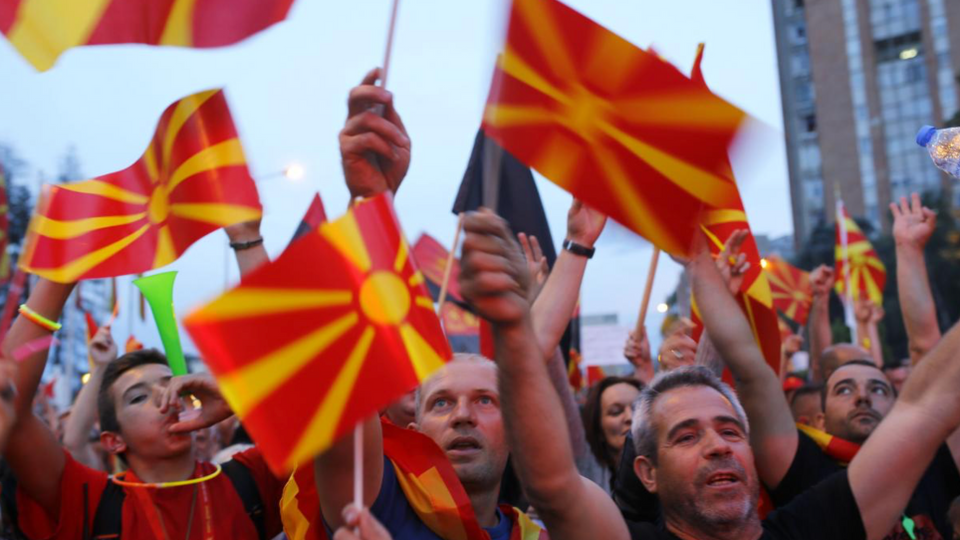 Thousands of Macedonians take part in a protest over a compromise solution in Macedonia’s dispute with Greece over the country’s name in Skopje, Macedonia, June 2, 2018. (Reuters Archive)

NATO on Wednesday invited Macedonia to start talks to join the alliance after Skopje reached a deal with Athens in a long-running row over the country’s name.

Alliance chief Jens Stoltenberg said Macedonia would be able to become NATO’s newest member, provided the new name was approved in a referendum later this year.

Skopje reached an agreement with Athens last month to rename the country the Republic of North Macedonia in a bid to resolve a dispute that has poisoned relations between the two countries since 1991.

Nationalists in both Greece and Macedonia remain opposed to the deal.

“NATO’s door is and will remain open: we agreed to invite the government in Skopje to start accession talks,” Stoltenberg said after NATO leaders approved the move at a summit in Brussels.

“Once all national procedures have been completed to finalise the name agreement, the country will join NATO as our 30th member.”

Countries hoping to join NATO must win unanimous approval from existing members and Greece blocked Macedonia’s bid 10 years ago because of the name row.

Macedonia’s name has led to a dispute with Greece since Macedonia became independent with the breakup of Yugoslavia in the early 1990s. A Greek province is also called Macedonia, and many Greeks consider the name to be a claim to their territory.

Greece has also blocked Macedonia from joining the EU, and required it to enter the United Nations as “The Former Yugoslav Republic of Macedonia.”