LONDON(Reuters) – The leader of Saudi Arabia has assured U.S. President Donald Trump that the Kingdom can raise oil production if needed and the country has 2 million barrels per day of spare capacity that could be deployed to help cool down oil prices to compensate for falling output in Venezuela and Iran. 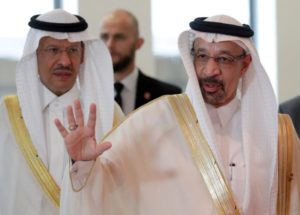 In a tweet on Saturday, Trump said Saudi Arabia had agreed to increase output by up to this amount, although a subsequent statement from the White House rowed back on this assertion.

Either way, the kingdom, OPEC’s biggest member, can barely raise output by 1 million bpd to 11 million bpd and even that would be difficult, according to industry analysts who forecast a further oil price rally due to a lack of new supply.

Below are comments from some leading OPEC analysts:

“I guess the Saudis want to give the confidence to Trump to go very hardcore on Iran. Exports to zero or an attack. It will be interesting to see what the Saudis can really do and for how long. It seems that Iranian regime change is priority number one for the Saudis.”

“We will be in unchartered territory. While Saudi Arabia has the capacity in theory, it takes time and money to bring these barrels online, possibly up to 1 year”. 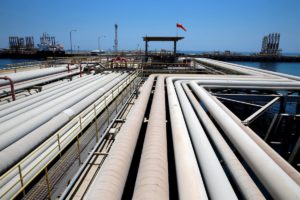 “The Saudis do not have 2 million bpd of spare capacity as it would imply production of 12 million bpd. They can likely produce a maximum of 11 million and even that will be running their system at stress levels,” said Ross.

He added that with a potential output fall of up to 1.5 million bpd in Iran and further outages in Venezuela and Libya, the world could be short of 2 million bpd of oil output without an increase in Saudi output by the end of the year.

“We are seeing another strong signal from the two of the world’s three largest producers to cap the price upside in oil. With Russia agreeing to this we are seeing political interference in the setting of oil prices on the rise. Saudi Arabia agreeing to such a request basically raises the risk that OPEC has played out its role with Saudi, Russia and the U.S. are now setting the agenda.”

“I do not believe that Saudi can increase production to 12 million bpd but they can increase exports by digging into their reserves.”

“It does however also increase Middle East tensions and with Iran controlling the Strait of Hormuz there is a risk that this could escalate to a point where 2 million bpd would not be enough.”

“In the short-term, however, a busy night on Sunday can be expected, with traders and funds getting caught on the long side. Not least in WTI, where we saw a collapse in the gross short last week while the net-long jumped by 25 percent and the long/short ratio hit a 7-year high.”

“While U.S. President Trump’s tweet is very clear on how much oil he intends to see from Saudi Arabia, the Saudi Press Agency statement was more vague – no volume increase reference.”

“A 2-million-bpd Saudi production increase would move the Kingdom’s oil production into unchartered territory and would wipe out completely the kingdom’s spare capacity.”