US announces a 25 percent tariff on up to $50 billion in Chinese goods to take effect on July 6. In reply, China spells out details to impose tariffs on 545 US exports. 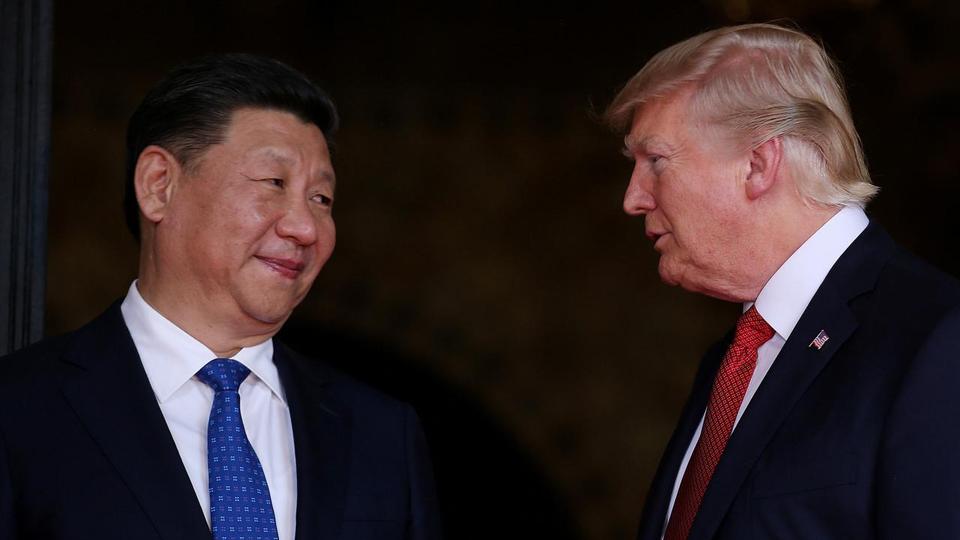 President Donald Trump brought the world’s two biggest economies to the brink of a trade war on Friday by announcing a 25 percent tariff on up to $50 billion in Chinese imports to take effect July 6.

Beijing quickly responded that it would retaliate with penalties of the same scale on American goods — and it spelled out details to impose tariffs on 545 US exports, including farm products, autos and seafood, according to the Xinhua state news agency.

In announcing the US tariffs, Trump said he was fulfilling a campaign pledge to crack down on what he contends are China’s unfair trade practices and its efforts to undermine US technology and intellectual property.

“We have the great brain power in Silicon Valley, and China and others steal those secrets,” Trump said.

”We’re going to protect those secrets. Those are crown jewels for this country.”

The prospect of a US-China trade war weighed on financial markets on Friday.

The Dow Jones industrial average was down more than 220 points in mid-afternoon trading before recovering somewhat to finish down 84 points. Other stock averages also declined.

Over a thousand products targeted

The US tariffs will cover 1,102 Chinese product lines worth about $50 billion a year.

Included are 818 items, worth $34 billion a year, from a list of 1,333 the administration had released in April.

After receiving public comment, the US removed 515 product lines from the list, including TVs and some pharmaceuticals, according to a senior administration official who briefed reporters on condition of anonymity.

The administration is targeting an additional 284 Chinese products, which it says benefit from Beijing’s strong-armed industrial policies, worth $16 billion a year.

But it won’t impose those tariffs until it gathers public comments. US companies that rely on the targeted imports — and can’t find substitutes — can apply for exemptions from the tariffs.

The tariffs target mainly Chinese industrial machinery, aerospace parts and communications technology, while sparing such consumer goods as smartphones, TVs, toys and clothes that Americans purchase by the truckload from China.

1) Trump's own tariffs are on a lot of farm equipment (see below)
2) China plans to retaliate on a lot of US ag productshttps://t.co/VJi3LWQvhQ #trade pic.twitter.com/SIZqbJRf59

‘China has to fight back’

“The Chinese side doesn’t want to fight a trade war, but facing the shortsightedness of the US side, China has to fight back strongly,” Beijing’s commerce ministry said.

“We will immediately introduce the same scale and equal taxation measures, and all economic and trade achievements reached by the two sides will be invalidated.”

A ministry statement gave no details of what US goods would be hit by Beijing’s retaliatory tariffs.

But China in April had announced possible targets, including light aircraft, orange juice, whiskey, beef and soybeans — an economically and politically important export from America’s heartland.

The longer-term concern, said Dan Basse of AgResource – an agricultural research and advisory firm – is that China will increasingly look to Argentina and Brazil and that the United States will lose market share.

Trump has already imposed tariffs on steel and aluminum imports from Canada, Mexico and European allies, sparking anger and retaliatory threats from some of America’s closest longtime allies.

I support the #TheftTax imposed on #China by ⁦@realDonaldTrump⁩ 1000%. They are 211ing our innovations to establish technological dominance in key fields. We need to confront this now. It’s is almost too late to act so its now or never. https://t.co/HheGhXSklE

“China is our real trade enemy, and their theft of intellectual property and their refusal to let our companies compete fairly threatens millions of future American jobs,” Schumer added.

But Rep. Dave Reichert, R-Wash., said he disagreed with the action because “Americans will bear the brunt instead of China.”