The European Commission said its proposal would seek to cut marine litter in half for the ten most prominent items and avoid environmental damage estimated at over $250 billion over the next dozen years. 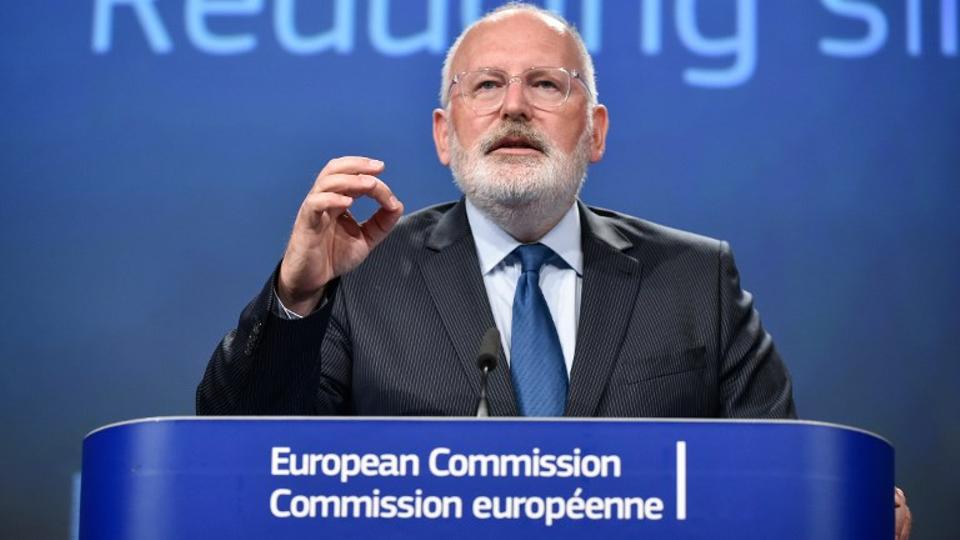 European Commissiom First Vice-President Frans Timmermans gives a joint press with his Vice-President on legislative measures to fight against single-use plastic waste at the EU headquarters in Brussels on May 28, 2018. (AFP)

The European Commission on Monday proposed banning single-use plastic products such as cotton buds and plastic straws and putting the burden of cleaning up waste on manufacturers in an effort to reduce marine litter.

Under the proposal, single-use plastic products with readily available alternatives will be banned and replaced with more environmentally sustainable materials.

The proposal also requires EU countries to collect 90 percent of single-use plastic drink bottles by 2025 and producers to help cover costs of waste management and clean-up.

“Plastic waste is undeniably a big issue and Europeans need to act together to tackle this problem, because plastic waste ends up in our air, our soil, our oceans, and in our food,” said EU Commission Vice President Frans Timmermans.

Plastic accumulating in the world’s oceans has become a major policy issue for governments, with scientists warning of their effect on the food chain.

Research published in the online journal Scientific Reports estimates a garbage patch of some 79,000 metric tonnes and 1.8 trillion pieces of plastic has formed in the Pacific Ocean, mainly consisting of fishing nets, plastic containers, packaging and ropes.

Earlier this year, Britain also said it planned to ban the sale of plastic straws and other single-use products.