Former CIA director Mike Pompeo was confirmed as Rex Tillerson’s replacement as US Secretary of State just hours before arriving in Brussels to attend his first NATO summit. 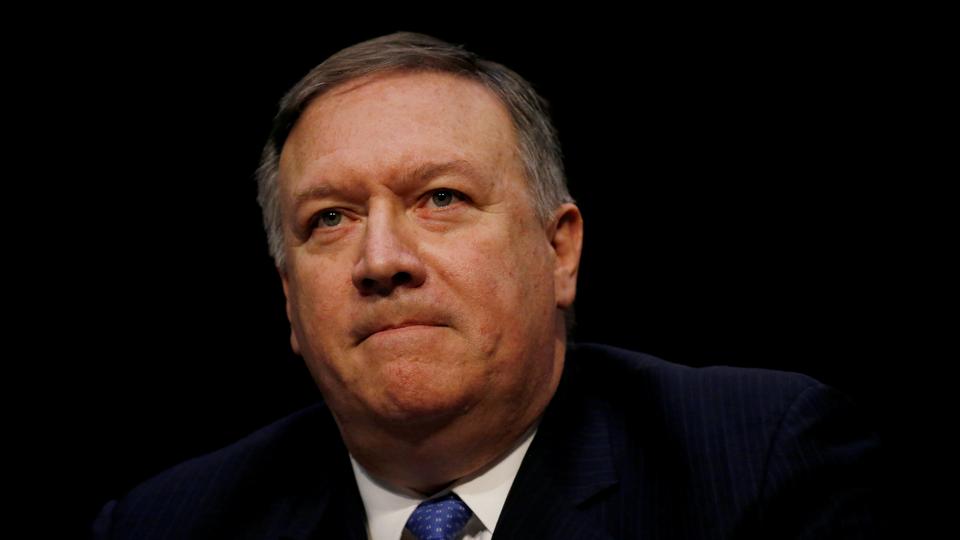 US Secretary of State Mike Pompeo testifies during a Senate Intelligence Committee hearing on “Worldwide Threats” when he was CIA director on Capitol Hill in Washington, DC, US, on February 13, 2018. (Reuters)

A day after being sworn in as the new US Secretary of State, Mike Pompeo landed in Brussels for talks with key allies in Europe on heightened Russian aggression and ways to strengthen the NATO military alliance.

Pompeo, a former Army officer who was a Republican congressman, is regarded as a loyal supporter of US President Donald Trump with hawkish world views.

Even before his confirmation on Thursday, the former CIA director was already involved in US diplomacy, although it will be his first meeting at NATO, an organisation founded on collective defence against the threat from the former Soviet Union.

The meeting, a preview to the leaders’ summit in July, will discuss Russia’s aggression in Ukraine, Georgia and in Syria, as well as plans for increasing security along Europe’s southern frontier, a State Department official told reporters.

Pompeo will also press members of the alliance to increase their military budgets to meet a target of 2 percent of economic output on defence every year by 2024, the official said.

Trump sent Pompeo to North Korea three weeks ago to meet the isolated country’s leader, Kim Jong Un, ahead of a summit with the US president to address Pyongyang’s nuclear programme.

As he left Washington on Thursday, the State Department said Pompeo would also visit Saudi Arabia, Jordan and Israel during the weekend.

He will have to quickly address a wide array of pressing international issues, including long conflicts in Syria and Afghanistan, as well as Russian assertiveness.

Washington is also working with European allies France, Germany, and Britain on toughening a 2015 nuclear agreement with Iran, an issue Pompeo is expected to discuss while in Brussels.

Pompeo opposed the Iran nuclear accord while in Congress.

He once suggested the answer to Tehran’s nuclear programme – which Iran has always said was for peaceful means only – was 2,000 bombing sorties.

Pompeo said during his confirmation hearing he was open to fixing, rather than blowing apart, the pact, which the West believes is essential to preventing Iran from getting a nuclear bomb.

He will also discuss the nuclear agreement and Iran’s regional influence in places like Yemen and Syria when he visits the Middle East.

On his first stop in Saudi Arabia on Saturday, Pompeo will meet Saudi King Salman and Foreign Minister Adel al Jubeir. In Jerusalem, he will meet Israeli Prime Minister Benjamin Netanyahu, and in Jordan hold talks with King Abdullah.

Senators in the Republican-controlled chamber voted 57-42 in favour of Pompeo, who had faced resistance from Democrats worried about his reputation for hawkishness and past harsh statements about homosexuality and Islam.

Six Democrats and one independent who normally votes with Democrats backed Pompeo. None of the Republicans voted no.

Pompeo’s supporters said he did well during 15 months leading the CIA, and said the United States badly needed a leader at the State Department.

He has said that among his first tasks would be to fill the many positions at the State Department left vacant under his predecessor, Rex Tillerson, a former oil executive who was Trump’s first secretary of state.