Nicaraguans take to streets in protest over social security changes

Students in Nicaragua’s capital Managua hurl stones and Molotov cocktails as they faced off with riot police, who responded by firing tear gas and rubber bullets. 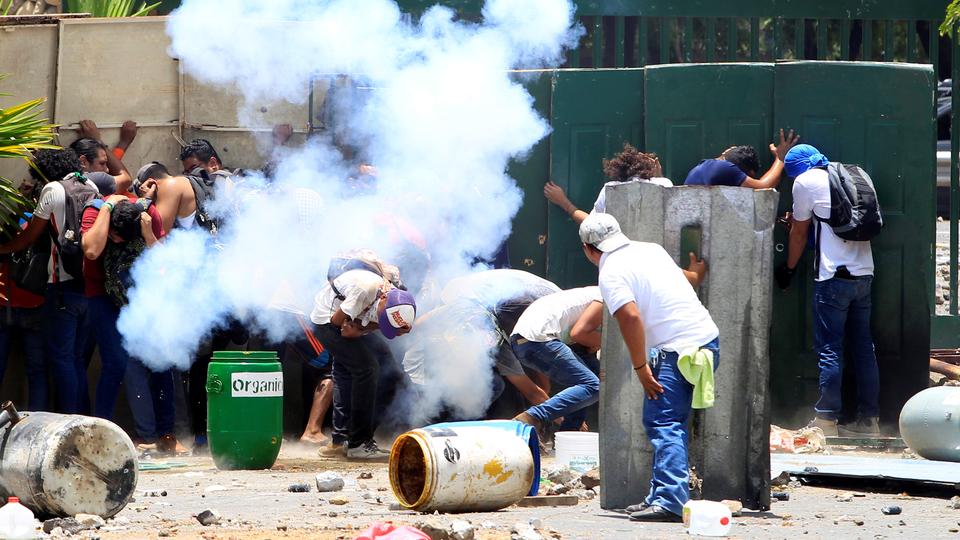 Students from the Universidad Agraria (UNA) public university protest against reforms that implement changes to the pension plans of the Nicaraguan Social Security Institute (INSS) in Managua, Nicaragua April 19, 2018. (Reuters)

Thousands of Nicaraguans took to the streets in protest for a second straight day on Thursday as discontent grew over controversial changes to social security that will increase worker and employer payments and reduce future pensions.

Students in the capital Managua took over of the National University of Engineering, hurling stones and Molotov cocktails as they faced off with riot police, who responded by firing tear gas and rubber bullets.

The protests grew in intensity as pensioners were joined by businessmen and university students in several cities.

In Masaya, a stronghold of Ortega’s left-wing Sandinista movement, hundreds of marchers were attacked with sticks by government supporters, leaving some injured.

With the changes which were signed into law earlier this week, employees will now have to contribute 7 percent of their salary to social security, up from a current 6.25 percent.

Employers will have to contribute 22.5 percent of salaries from a current 19 percent.

Pensioners will also have 5 percent of their pension taken out to be used for medical expenses.

The changes to the pension system are aimed at shoring up Nicaragua’s social security system.