China raises tariffs on US products

China imposed the new tariffs on 128 US imports worth $3 billion, including fruits and pork, in retaliation to US duties on steel and aluminium. 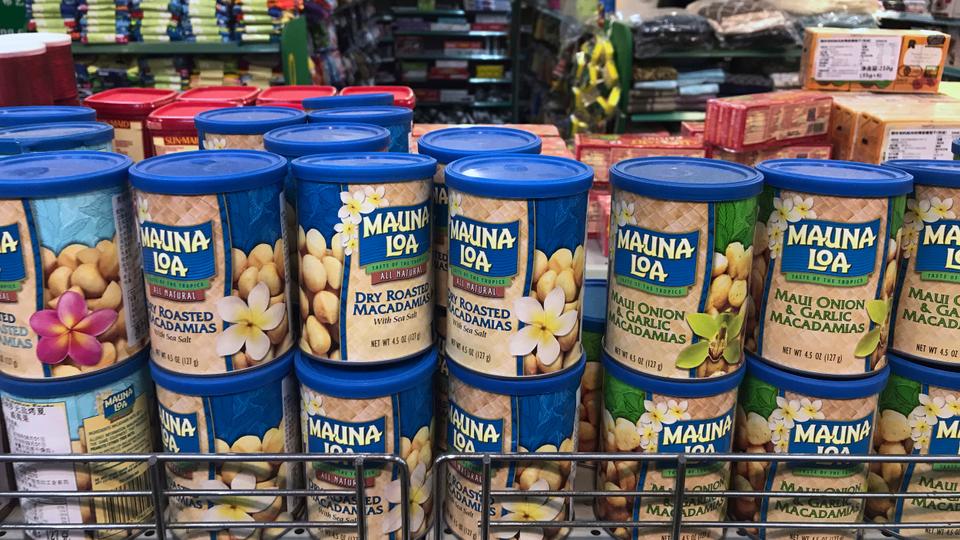 Imported nuts from the United States are displayed for sale at a supermarket in Beijing, on Monday, April 2, 2018. (AP)

China raised import duties on a $3 billion list of US pork, fruit and other products on Monday in an escalating tariff dispute with President Donald Trump that companies worry might depress global commerce.

The Finance Ministry said it was responding to a US tariff hike on steel and aluminium that took effect on March 23.

But a bigger clash looms over Trump’s approval of possible higher duties on nearly $50 billion of Chinese goods in a separate argument over technology policy.

The tariff spat is one aspect of wide-ranging tensions between Washington and Beijing over China’s multibillion-dollar trade surplus with the United States and its policies on technology, industry development and access to its state-dominated economy.

Forecasters say the immediate impact should be limited, but investors worry the global recovery might be set back if it prompts other governments to raise import barriers.

Those fears temporarily depressed financial markets, though stocks have recovered some of their losses.

On Monday, stock market indexes in Tokyo and Shanghai were up 0.5 percent at mid-morning.

Beijing faces complaints by Washington, the European Union and other trading partners that it hampers market access despite its free-trading pledges and is flooding global markets with improperly low-priced steel and aluminium.

But the EU, Japan and other governments criticised Trump’s unilateral move as disruptive.

Effective on Monday, Beijing raised tariffs on pork, aluminium scrap and some other products by 25 percent, the Finance Ministry said. A 15 percent tariff was imposed on apples, almonds and some other goods.

The tariff hike has “has seriously damaged our interests,” said a Finance Ministry statement.

“Our country advocates and supports the multilateral trading system,” said the statement. China’s tariff increase “is a proper measure adopted by our country using World Trade Organization rules to protect our interests.”

TRT World’s Samantha Vadas is following the story from Beijing.

The latest Chinese move targets farm areas, many of which voted for Trump in the 2016 presidential election.

US farmers sent nearly $20 billion of goods to China in 2017. The American pork industry sent $1.1 billion in products, making China the No 3 market for US pork.

“American politicians better realise sooner rather than later that China would never submit if the US launched a trade war,” said the Global Times, a newspaper published by the ruling Communist Party.

Washington granted EU, South Korea and some other exporters, but not ally Japan, exemptions to the steel and aluminium tariffs on March 22. European governments had threatened to retaliate by raising duties on American bourbon, peanut butter and other goods.

Beijing has yet to say how it might respond to Trump’s March 22 order approving possible tariff hikes in response to complaints China steals or pressures foreign companies to hand over technology.

Trump ordered US trade officials to bring a WTO case challenging Chinese technology licensing. It proposed 25 percent tariffs on Chinese products including aerospace, communications technology and machinery and said Washington would step up restrictions on Chinese investment in key US technology sectors.

Trump administration officials have identified as potential targets 1,300 product lines worth about $48 billion. That list would then be open to a 30-day comment period for businesses.

Beijing reported a trade surplus of $275.8 billion with the United States last year, or two-thirds of its global total. Washington reports different figures that put the gap at a record $375.2 billion.