Macedonia and Greece say they have taken steps to resolve a dispute over the name Macedonia. Athens has blocked Skopje’s accession to NATO and the European Union, insisting that the name Macedonia implies territorial claims on its northern province. 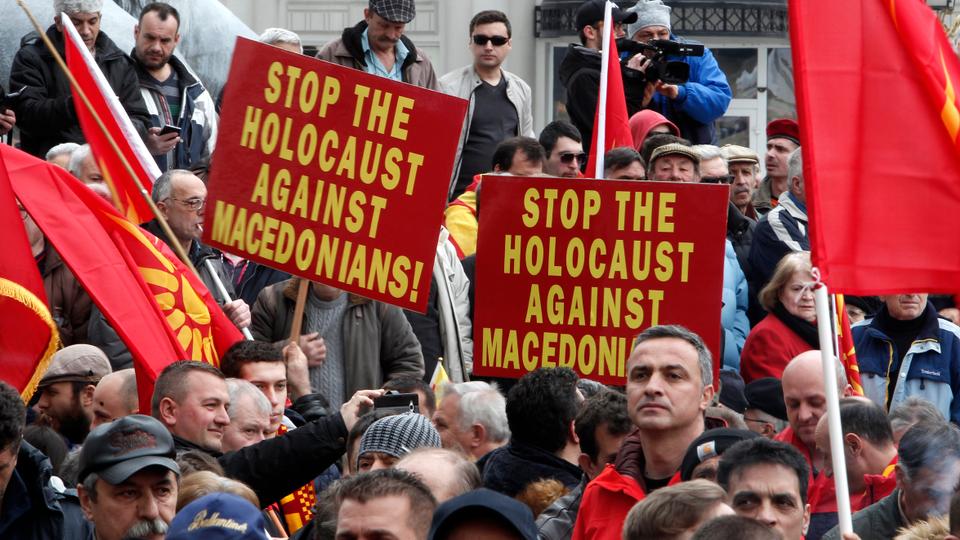 People carry banners and wave flags during a protest against the change of the country’s constitutional name, in downtown Skopje, Macedonia, Sunday, March 4, 2018 (AP)

Not having the name of their country recognised by Greece has already cost Macedonians a lot and it has come to a point where many say they are now willing to move on. Greece insists its neighbour cannot call itself Macedonia, as it already has a northern province of the same name.

The latest polls suggest most Greeks are against any option that includes the name Macedonia, as millions of them also call themselves Macedonian. They have already taken to the streets of Athens several times in the last few months.

TRT World’s Nafisa Latic has more on the story.