A new danger has appeared in the form of crocodiles as floodwaters in Australia’s Queensland recede. 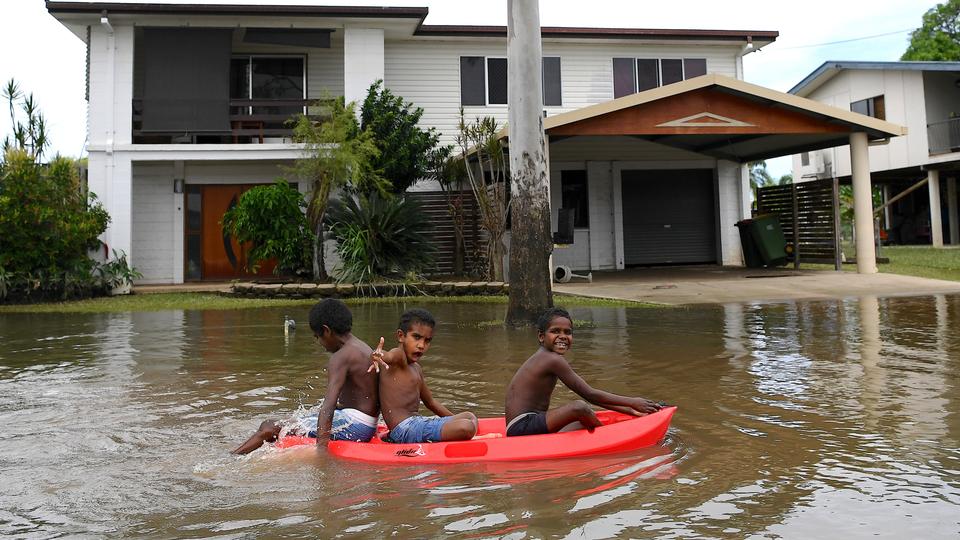 Children float on a board past houses surrounded by flood waters in the town of Ingham, located in North Queensland, Australia, March 11, 2018. (Reuters)

Receding floodwaters in the northern Australian state of Queensland have revealed a new danger – crocodiles.

The unwelcome visitors have made their way into the town of Ingham towards the country’s north-east tip, according to several residents’ photos posted on social media, after four days of torrential rain broke river banks, covered pastureland and cut off towns.

Toby Millyard, a crocodile researcher at Australia Zoo in Queensland, said the reptiles were known to use flood waters in the region to travel to different areas and search for food.

“Some crocodiles love it when it rains and they use the water’s currents to travel; they’re very smart animals,” Millyard said in a phone interview. “But they’re very easy to stay away from. As long as you’re not in the water or standing by the edge, then you should be fine.”

TRT World‘s Joseph Hayat has more on the story.

On Sunday morning, a group of school students and teachers stranded by floods were rescued from a isolated campsite south of the town of Tully, a Queensland Fire and Emergency Services (QFES) spokesman said.

Queensland state premier Annastacia Palaszczuk told media on Sunday that it would take several weeks to determine the full extent of the damage, especially on banana and sugar cane crops.

The Queensland state government has declared the area a “disaster” zone, while the Insurance Council of Australia has declared it a “catastrophe”, which means that insurance claims will be fast-tracked.