Building collapses in Marseille, no word on casualties

Local mayor Sabine Bernasconi said the collapsed building was in poor condition and had been subject to an evacuation order, but she could not rule out that squatters might have been using it. 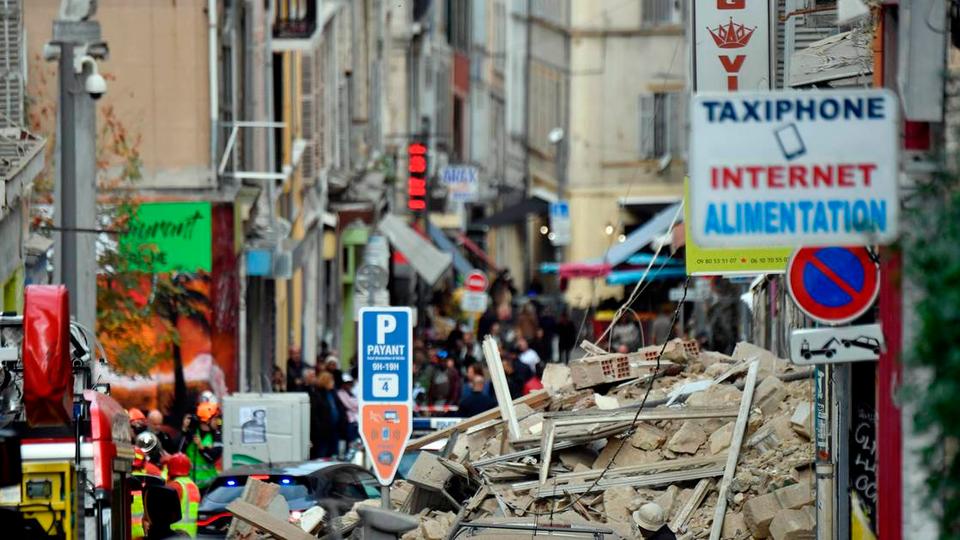 A building in the southern city of Marseille has been reduced to rubble on November 5, 2018. (AFP)

A building collapsed in the southern city of Marseille on Monday, leaving a giant pile of rubble and beams.

There was no immediate word on any casualties.

The regional prefecture tweeted photos that showed rubble spewing into the street and a big gap between two buildings where the collapsed building used to be.

The photos showed fire officers at the scene and thick dust covering cars in the street that is close to Marseille’s famous Old Port.

Amateur video broadcast on BFM-TV showed clouds of dust in the street and bystanders covering their mouths with their sleeves.

The building appeared from the images to have had at least six floors.

The regional prefecture urged people to avoid the area and make way for the emergency services.

Sabine Bernasconi, the local mayor for that part of Marseille, said the building was in poor condition and had been subject to an evacuation order, but she could not rule out that squatters might have been using it.