Thousands of people have been left without electricity as rains and violent winds sparked flooding and tore trees from their roots. 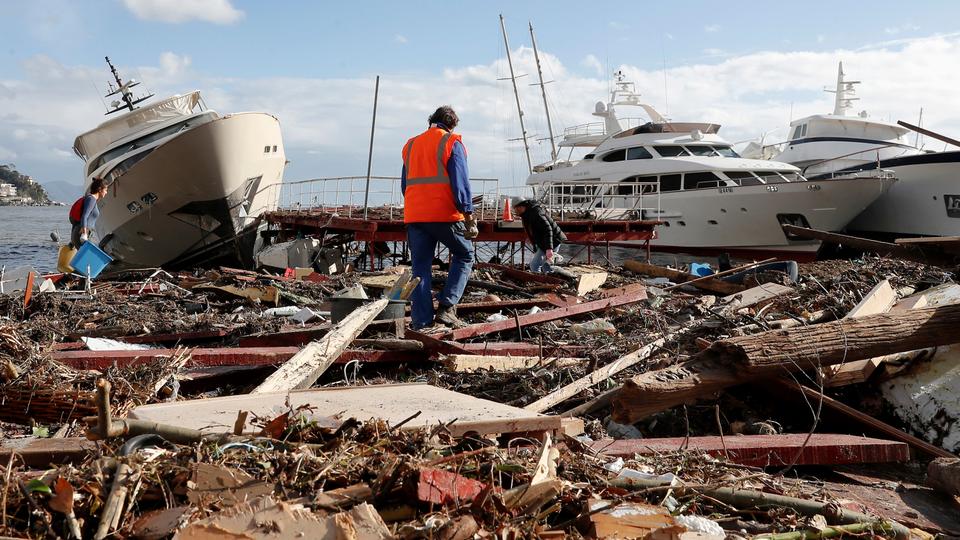 Deadly storms with heavy rainfall have hit Italy and other parts of Europe, stranding hundreds of people and washing ashore yachts. (AP)

At least 11 people have been killed in deadly storms that have battered Italy and parts of Europe, leaving motorists and tourists stranded, civil protection authorities said on Tuesday,

Road were blocked and thousands of people were left without power in southern and central Europe, as rains and violent winds sparked flooding and tore trees from their roots.

Thick snow has also cloaked French and Italian mountain regions, trapping hundreds of drivers in their cars and tourists in hotels.

In Italy, where Venice was inundated by near-record flooding and ferocious storms drove high winds reaching up to 180 kilometres (110 miles) an hour, authorities announced a further six deaths, after confirming five people had died on Monday.

“We are facing one of the most complex meteorological situations of the past 50 to 60 years,” said Angelo Borrelli, head of the national civil protection agency.

Luxury yachts lay smashed in the harbour of Rapallo near Genoa after a dam broke under pressure.

“It was like a tsunami,” one stunned port worker was quoted as saying by Italian media.

Italian media reported that around 170 people, tourists and hotel staff, were stranded by heavy snowfall at the Stelvio Pass on the Swiss border.

In France, more than 1,000 drivers were trapped in their cars for the night in the mountains of the Massif Central region as the roads were engulfed in snowstorms.

Another 400 had to spend the night in train carriages at the main station in the eastern city of Lyon after heavy snow blocked the tracks. 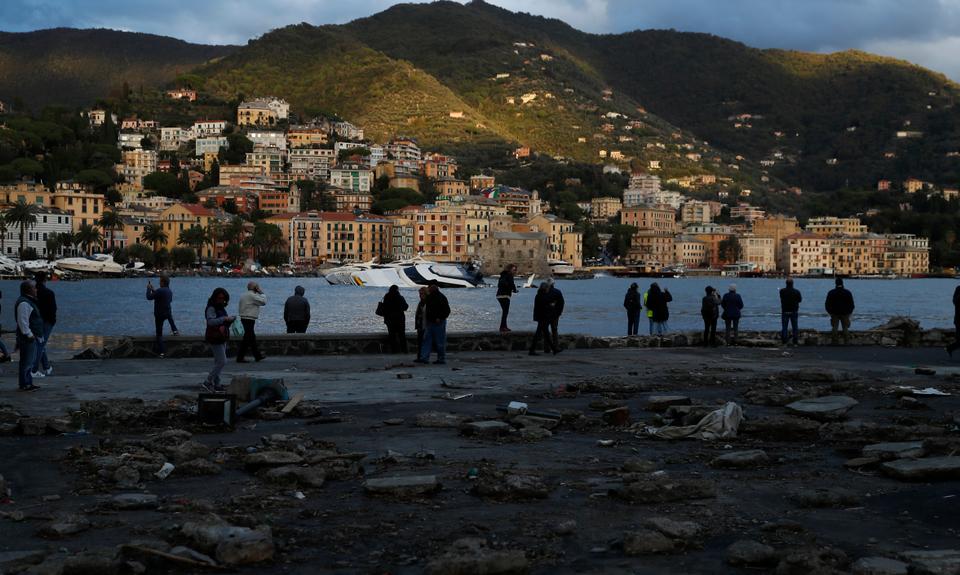 Italy hasn’t seen such a severe weather pattern in past 40 years. (AP)

Thousands of homes in France and Mediterranean island of Corsica were without power on Tuesday evening.

Croatia’s Adriatic coast has also been battered by gale-force winds and heavy rains that have flooded streets, cut off power and ensnared road and maritime traffic.

Italy’s canal city of Venice was swamped as heavy rainfall pushed the water levels to near record levels on Monday.

The waters have only topped 150 centimetres five times before in recorded history.

Art experts were racing to evaluate the damage to thousand-year old mosaics in St Mark’s Basilica after the Bapistry and Zen Chapel flooded.

Meteorologists expect the harsh weather to gradually ease in Italy.

Storms have also swept into Switzerland, buffeting the Ticino region near the Italian border overnight, according to public broadcaster RTS.