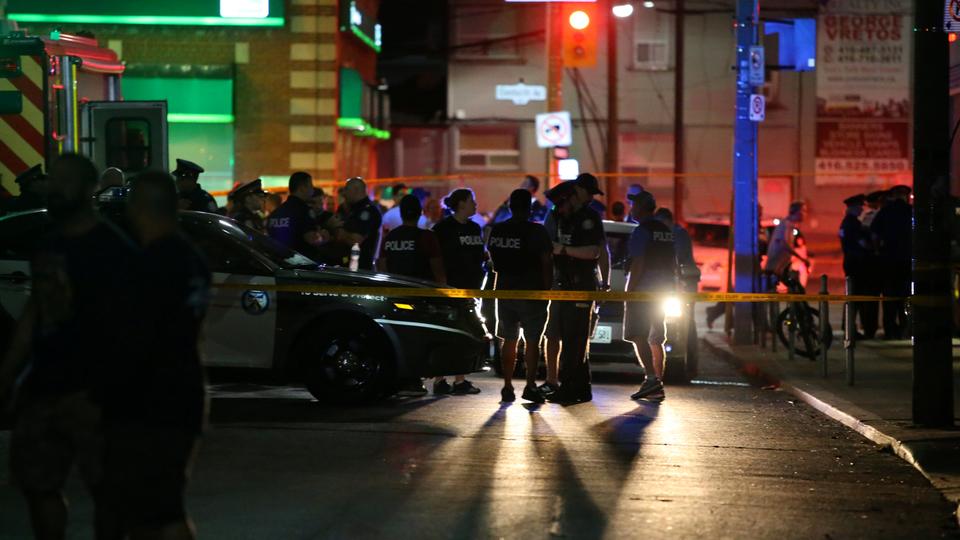 Police are seen near the scene of a mass shooting in Toronto, Canada, July 22, 2018. (Reuters)

A gunman and one victim is dead after a man shot 14 people, including a young girl, in the Toronto neighborhood known as Greektown late on Sunday, police said.

“Other than the shooter we have a young lady that is deceased,” Toronto police chief Mark Saunders said.

Saunders also said a nine-year-old girl was in critical condition and fighting for her life in hospital.

A video from one witness shows a man dressed in black clothes and a black hat walking quickly and firing three shots from the sidewalk into at least one shop or restaurant.

“It’s not gang related. It looks like someone who is very disturbed,” Fletcher said.

Fletcher said for this to happen in an area where families gather for dinner is a tragedy.

“We were so use to living in a city where these things didn’t happen,” Toronto Mayor John Tory said.

“But there are things that happen nowadays and they are just unspeakable.”

This past weekend Toronto police deployed dozens of additional officers to deal with a recent spike in gun violence in the city.

Tory said the city has a gun problem.

“Guns are too readily available to too many people,” Tory said.

The mass shooting comes a few months after a driver of a van plowed into pedestrians on a Toronto sidewalk, killing 10 people and injuring 14.

Authorities have not disclosed a motive.

But they have said the arrested driver, Alek Minassian, posted a message on social media referencing a misogynistic online community before the attack