Pressure is mounting on president Daniel Ortega as the united nations call for an end to Nicaragua unrest. 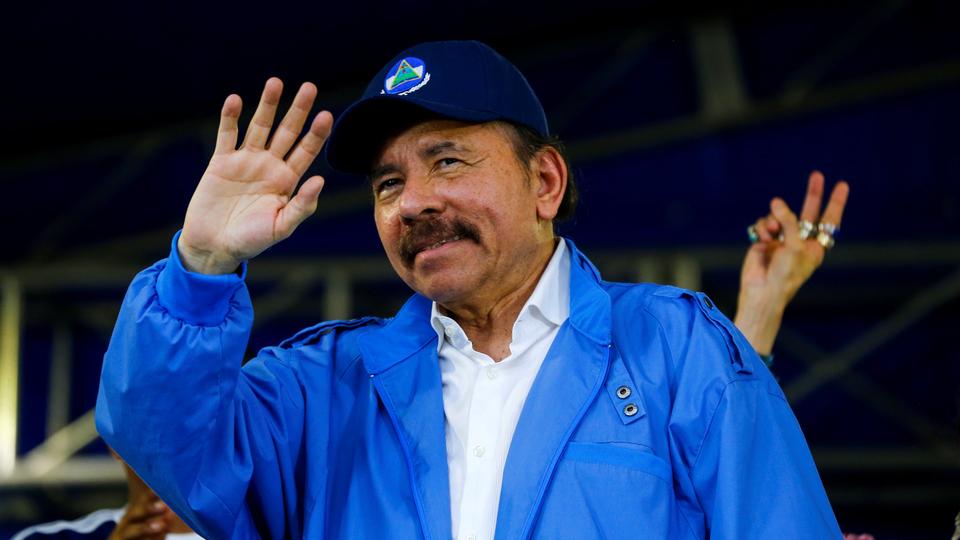 Nicaragua’s President Daniel Ortega waves to supporters during celebrations to mark the 39th anniversary of the “Repliegue” (Withdrawal) in Managua, Nicaragua July 7, 2018 (Reuters)

Hundreds of police and supporters of Nicaraguan President Daniel Ortega stormed a major stronghold of anti-government protesters on Tuesday, tearing down cobblestone barricades in a symbolic blow against efforts to oust the Sandinista leader.

At least 275 people have been killed in Nicaragua since protests erupted in April over a plan by Ortega’s government to trim pension benefits. The government’s heavy-handed response sparked a wider protest against Ortega’s rule.

Ortega is a former Marxist guerrilla leader who has held elected office since 2007 and also ruled the country from 1979 to 1990. The current violence comes after years of calm in Nicaragua and is the worst since his Sandinista movement battled US-backed “Contra” rebels in the 1980s.

Authorities have tightened the clamp-down in an apparent attempt to clear the main protest strongholds ahead of the 39th anniversary of the Sandinista revolution on Thursday.

On July 19, 1979 the Sandinistas entered the capital Managua after toppling the brutal Anastasio Somoza dictatorship with the help of an uprising in Masaya. Detractors say the repression ordered by Ortega in the same streets echoes tactics used by Somoza.

Ortega says the protests are an attempt to topple his elected government by force.

Despite the government’s apparent victory in subduing Masaya, some protesters said they would not give up.

“Before Sunday, a people as special as the Nicaraguan people will be rising up, one way or another,” said a student leader from Masaya who requested anonymity for fear of reprisals.

“We do not fight for cobblestones, for barricades. Our struggle is for democracy in the country. And today, the opposition is stronger than ever,” he added.

Dozens of police remained on patrol in Monimbo on Tuesday after the confrontation subsided, as the largely indigenous town began to show signs of its usual calm.

Children rode on bicycles or walked their dogs, and adults conversed on street corners against the backdrop of abandoned barricades.

“This is a country that’s lived through war for a long time,” said a masked, pistol-wielding Ortega supporter from the self-described “Caravan for Peace” group that entered Masaya on Tuesday, declining to provide his name.

“The last thing we want is for our children and grandchildren to inherit more bloodshed,” he said.

Although many Nicaraguans have deplored the violence, some Monimbo residents thanked the government for ousting the protesters that had disrupted daily life.

“It was the only way, because they also had weapons,” said Juan Pilarte, referring to the youths. The 47-year-old shoemaker said he lost his job when the protests forced his employer’s store to close.

“They were not students. I have two children who are students and were not in the trenches,” he added.

The crackdown intensified over the weekend when gunmen in civilian dress fired automatic weapons to clear student protesters from a church and the National Autonomous University of Nicaragua campus.

At least one student died in the church, triggering an international outcry, including from the US State Department and UN Secretary-General Antonio Guterres.

Reuters could not verify if Tuesday’s clash had resulted in further deaths, although human rights group ANPDH told local media that three protesters and a police officer were killed in the clashes.

Vice-President Rosario Murillo on Tuesday called the protesters a “hate-filled minority,” saying authorities were working to recover “security and peace” for residents.

UN calls for end to violence

Nicaraguan police and authorities have killed and imprisoned people without due process and committed torture, the UN human rights office said on Tuesday, calling for an end to violence.

The toll included at least 19 police officers, he said, adding that the reports come from human rights staff on the ground and the backdrop is the absence of the rule of law.

“The great majority of violations are by government or armed elements who seem to be working in tandem with them,” Colville told Reuters, adding that the protesters were mainly peaceful though some were armed. On Monday, Guterres said that groups linked to Nicaragua’s government were using “unacceptable” lethal force against citizens, and urged an end to the violence.

The UN rights office called on the government to provide information on two activists missing since they were detained at the airport last week and to open all prisons to monitors.

Two activists, Medardo Mairena and Pedro Mena, were detained by police at Managua airport on Friday and authorities have not told their families where they are despite judicial requests, Colville said.