Prime Minister Jack Guy Lafontant announced the suspension of double-digit increases to gasoline, diesel and kerosene prices on Saturday, a day after the fuel price hike was reported. 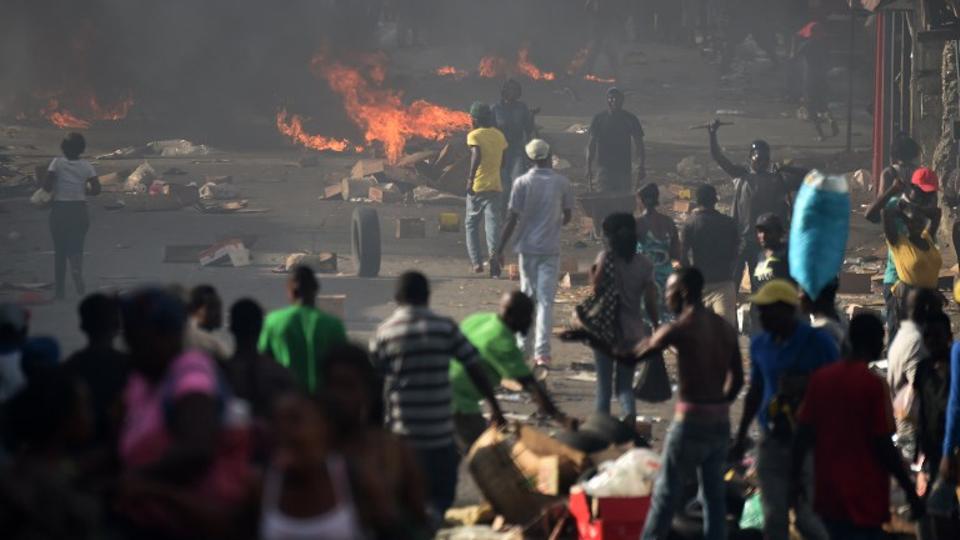 Barricades placed by demonstrators are seen on the streets of Petion Ville, in the Haitian capital, Port-au-Prince, on July 6, 2018 (AFP)

Haiti’s Prime Minister Jack Guy Lafontant on Saturday announced the suspension ‘until further notice’ of a fuel price hike that triggered violent protests and left one dead in the Caribbean nation.

The about-face came hours after Lafontant made an impassioned televised appeal for patience, and tried to convince people of the need to raise prices.

The capital Port-au-Prince and its environs has stood paralyzed since Friday afternoon, with major routes blocked by barricades, some made of burning tires, and some protesters even calling for a revolution in the impoverished country.

Just before the suspension was announced, the leader of Haiti’s lower house of parliament had threatened a government takeover if the fuel price increases were not reversed.

They had only been announced on Friday, while many Haitians were engrossed in a World Cup football match.

“If there is no response within two hours, the government will be considered as having resigned” and the legislature will take charge, said Gary Bodeau, the president of the Chamber of Deputies.

Lafontant then announced on Twitter suspension of the price increases, writing that “violence and democracy are fundamentally incompatible.”

Even before the fuel price controversy, deputies had already begun a debate on his future, and Saturday’s about-face could lead to the government’s fall.

At least one person died in violence overnight Friday, and an AFP reporter heard sporadic gunfire in the capital.

A supermarket and other businesses were looted and vehicles burned, mainly in the wealthy areas of Petionville.

Similar angry protests broke out in Cap-Haitien, the second-largest city, as well as in the communes of Les Cayes, Jacmel and Petit-Goave.

Internet service suffered difficulties, although it was unclear whether there was a link to the unrest.

“We’re seeing a little bit more calm right now,” an American, Stacy Librandi Bourne, told CNN from Port-au-Prince where, the news network said, she was among 50 American tourists, children and missionaries unable to leave the Oasis Hotel because of the unrest. 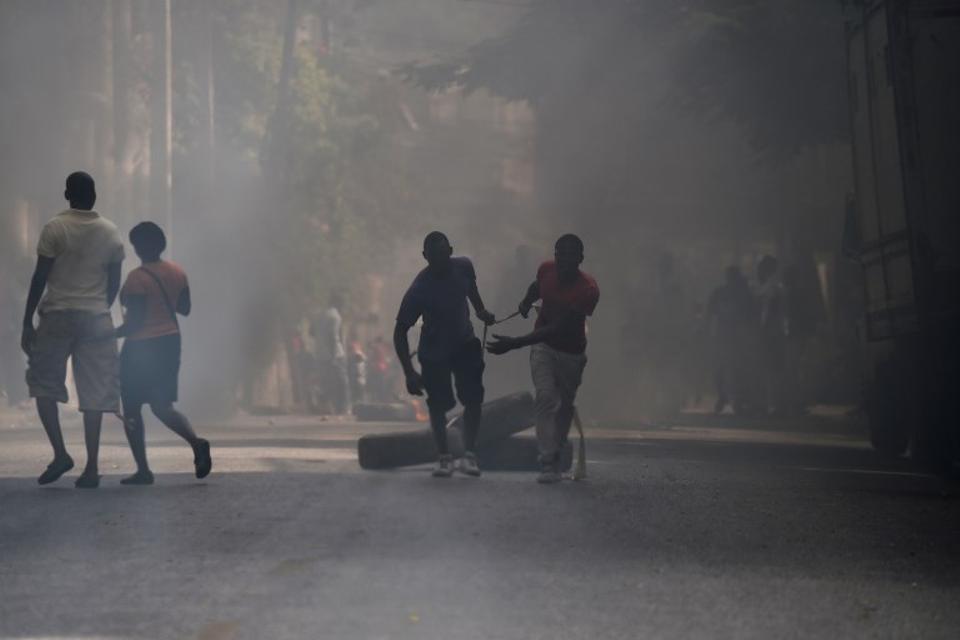 Protesters move tires to barricade a street in the Port-au-Prince suburb of Petion-Ville on July 7, 2018, to protest against the increase in fuel prices. (AFP)

The troubles were sparked by a government announcement that gasoline prices would rise by 38 percent, diesel by 47 percent and kerosene by 51 percent starting this weekend.

“I ask your patience because our administration has a vision, a clear program,” said Lafontant, a doctor by profession and a political novice who came to office early last year.

“Do not destroy, because every time it’s Haiti that becomes poorer.”

Haiti is still recovering from Hurricane Matthew which struck in 2016.

Almost 40,000 people remain in makeshift camps after an earthquake killed more than 200,000 people eight years ago, and thousands of others have died from a years-long cholera epidemic.

On Friday night, the bodyguard of an opposition-party politician died in an altercation with demonstrators in central Port-au-Prince as he attempted to get through a roadblock. His body was then burned in the road.

“We understand your right to protest,” said Michel-Ange Gedeon. “But we do not understand the violence.”

A framework signed in February between the International Monetary Fund (IMF) and Haiti implied the ending of subsidies for petroleum products, which are a major source of the budget deficit.

But subsidies also help make fuel affordable in the Western Hemisphere’s poorest country, where most people live in extreme poverty, joblessness is widespread and the inflation rate has exceeded 13 percent for the past three years.

Arguing in support of the higher fuel prices earlier in the day, Lafontant said that between 2010 and 2018, government fuel subsidies had cost $1 billion.

That amount, he said, “could have allowed us to build many kilometres (miles) of highway… many classrooms… many health clinics.”