Prime Minister Shinzo Abe says unprecedented rains and landslides cause tremendous damage even as 73,000 personnel are now involved in rescue and relief efforts across western Japan. 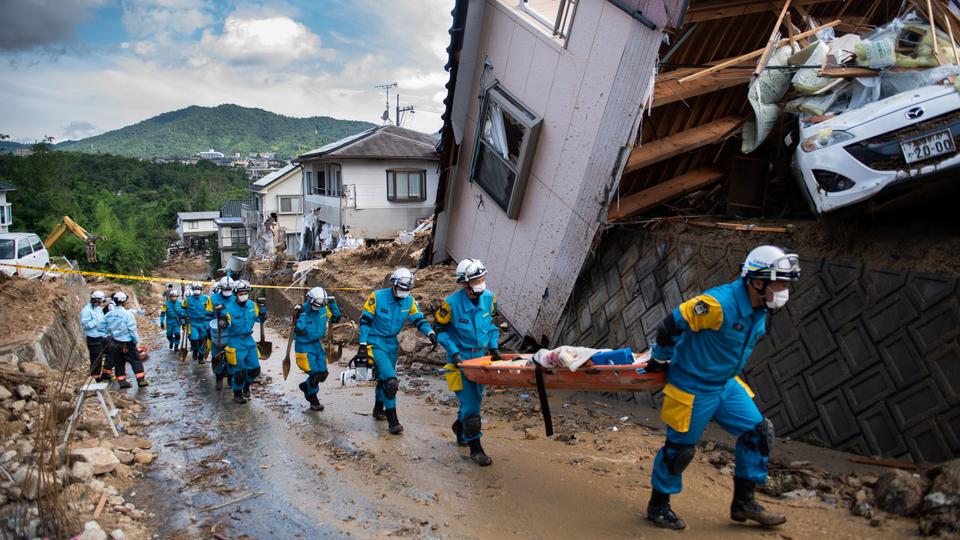 The Japanese government said on Monday at least 100 people have died or are presumed dead from the heavy rains, floods and mudslides that have struck western Japan.

“The death toll and the missing due to the heavy rain is now over 100 and it is causing tremendous damage,” Prime Minister Shinzo Abe said.

“As there are still many missing, we have expanded the scale of the rescue effort to 73,000 personnel in order to do our utmost in our search and rescue effort.”

Rain tapered off across the western region battered by last week’s downpour, revealing blue skies and scorching sun forecast to push temperatures above 30 degrees Celsius, fuelling fears of heatstroke in areas cut off from power or water. 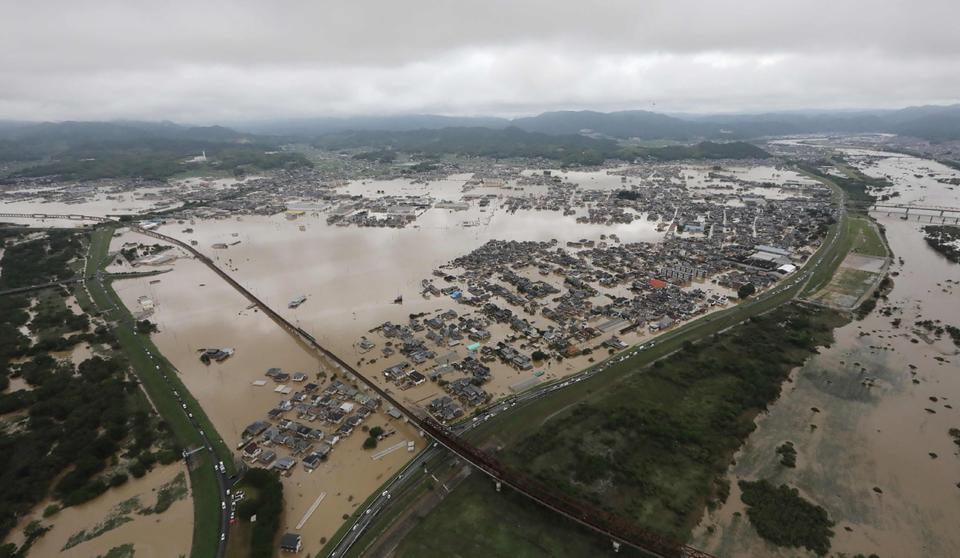 This picture shows an aerial view of flooded houses in Kurashiki, Okayama prefecture on July 8, 2018. (AFP)

“We cannot take baths, the toilet doesn’t work and our food stockpile is running low,” said Yumeko Matsui, whose home in the city of Mihara has been without water since Saturday.

“Bottled water and bottled tea are all gone from convenience stores and other shops,” the 23-year-old nursery school worker said at an emergency water supply station.

About 12,700 customers had no electricity on Monday, power companies said. Tens of thousands had no water, Japanese media said.

Industry operations have also been hit, with Mazda Motor Corp saying it was forced to close its head office in Hiroshima on Monday.

The automaker, which suspended operations at several plants because of the rains last week, said the halt would continue at two plants until Tuesday, as it cannot receive components, though both were undamaged.

Refineries and oil terminals were not affected, but blocked roads limited access to one Showa Shell oil terminal in the city, causing gas and diesel shortages nearby. 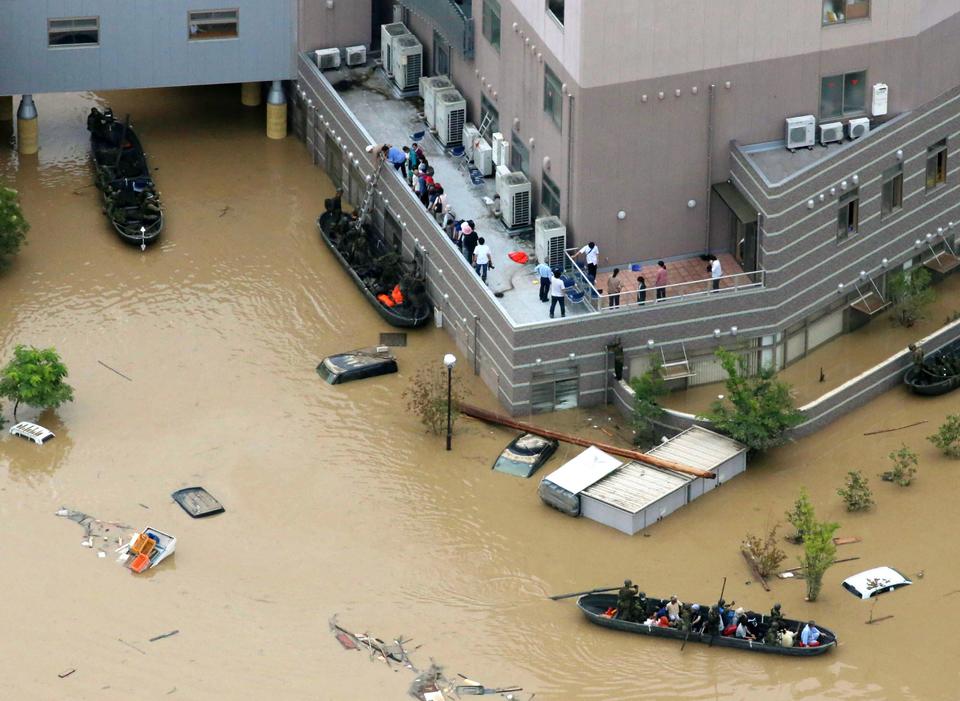 People are rescued by boats from Mabi Memorial Hospital that was isolated due to flood damage caused by heavy rain in Kurashiki, Okayama prefecture on July 8, 2018. (AFP)

‘Nobody has anything to wear’

At one landslide in Hiroshima, shattered piles of lumber marked the sites of former homes, television images showed. Others had been tossed upside down.

Water still swirled through most of the hard-hit city of Kurashiki, despite ebbing floods that opened the route to a hospital where nearly 100 patients and staff had been stranded on Sunday.

Thousands flocked to evacuation centres in the city’s district of Mabi.

“Nobody has anything to wear. We need shirts, trousers, underwear, socks and even shoes,” its mayor, Kaori Ito, told the Asahi Shimbun newspaper.

Although evacuation orders were scaled back from the weekend, nearly two million people still face orders or advice to keep away from homes, fire and disaster officials said.

Japan monitors weather conditions and issues warnings early, but its dense population means every bit of usable land is built on in the mostly mountainous nation, leaving it prone to disasters.