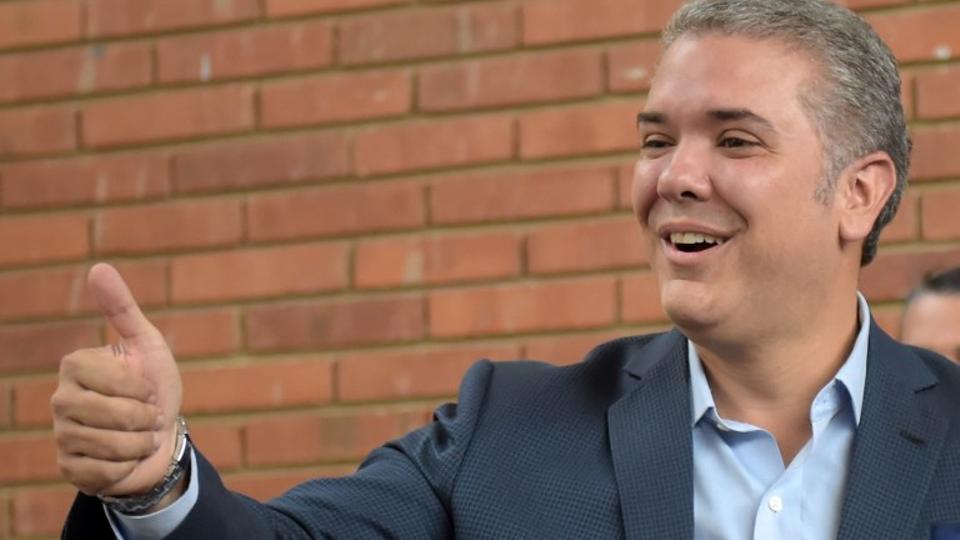 Colombia’s presidential candidate for Colombia’s Democratic Center Party Ivan Duque gives his thumb up after casting his vote during the presidential runoff election on June 17, 2018 in Bogota. (AFP)

Right-wing candidate Ivan Duque won Colombia’s presidential election on Sunday, beating leftist Gustavo Petro in a victory that reassured investors but raised the prospect of changes to a landmark peace accord with Marxist rebels.

With 98.2 percent of polling stations counted, Duque won the ballot with 53.9 percent of votes while Petro, who had pledged to shake up Colombia’s economic model, had 41.8 percent.

“We need a strong hand in the peace process now,” said Lucero Cevallos, 42, an auxiliary nurse, at a Duque celebration in Bogota. 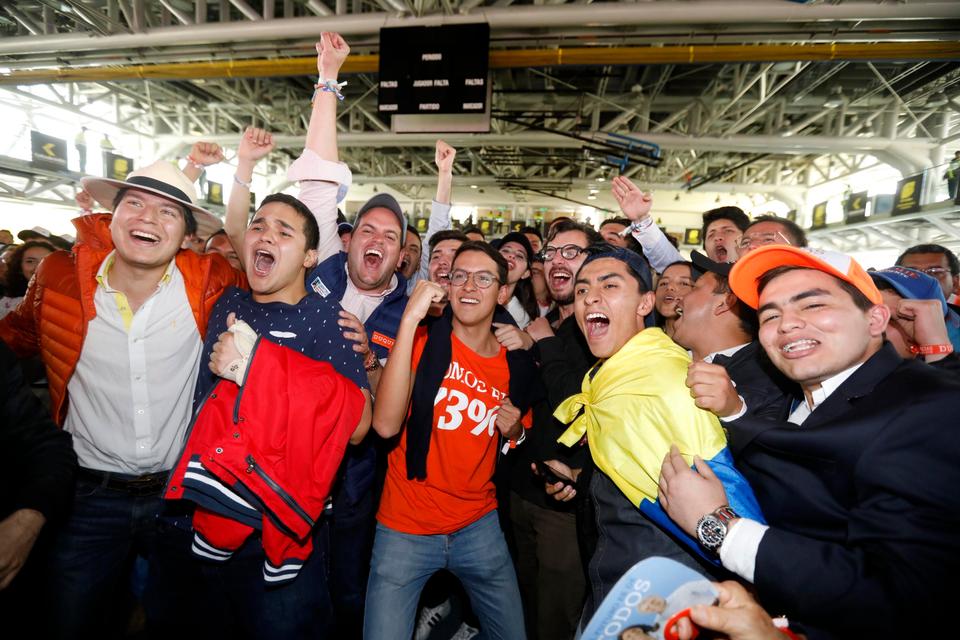 Supporters of presidential candidate Ivan Duque celebrate as voting tables are closed and ballot counting begins during the second round of the presidential election in Bogota, Colombia, June 17, 2018. (Reuters)

From the sweltering Caribbean coast to the frigid heights of the Andes, voting was largely uneventful at the 11,230 polling stations across the nation.

Marking of ballots was monitored by international election observers to guard against any fraud.

Petro, 58, had called on supporters to take to the streets if he felt there was widespread manipulation of the tally.

“Petro won more votes than I had expected, and that’s scary because it says that a great part of the country wants socialism,” said another Duque supporter, 77-year-old retired politician Roque Diaz.

It was the first elections since a 2016 peace deal with the Revolutionary Armed Forces of Colombia (FARC), which ended their part in a five-decade conflict that has killed more than 220,000 people and displaced millions.