The press office of the Armenian parliament says it has scheduled a session to vote for a new prime minister next week. 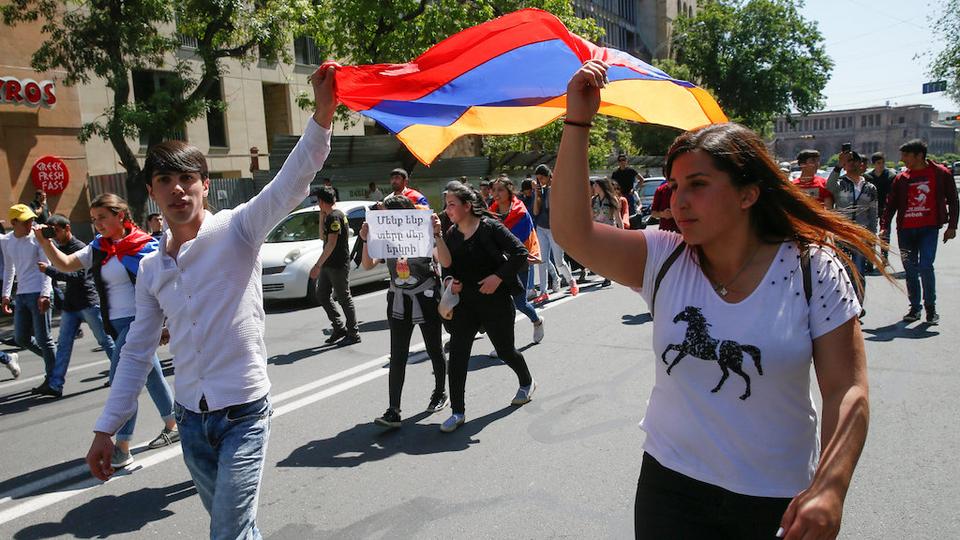 Opposition supporters protest against the ruling elite during a rally in Yerevan, Armenia April 26, 2018. (Reuters)

The Armenian parliament will elect the country’s new prime minister on May 1, according to a statement posted on the parliament’s website on Thursday.

Armenia, which has been gripped by a political crisis for two weeks, is then expected to hold new parliamentary elections.

“Armenia is starting a new chapter in its history,” Armenian President Armen Sarkissian said in a statement.

Armenia’s political turmoil deepened with fresh protests set for Thursday after the opposition accused the ruling party of refusing to cede power, following the resignation of Sargsyan.

Many raised their hands in the air – a sign that the protest movement led by opposition lawmaker Nikol Pashinyan is peaceful – and robed priests joined the rallies in an apparent attempt to prevent possible clashes.

Led by 42-year-old Pashinyan, thousands of demonstrators earlier in the day marched through Yerevan against the ruling Republican Party’s unwillingness to transfer power after its leader and former president Sargsyan stood down.

Pashinyan sported his trademark khaki-coloured T-shirt and clutched a megaphone as protesters chanted “Nikol for prime minister” and “We are the masters of our country.”

Armenia’s acting prime minister Karen Karapetyan on Wednesday suggested calling a parliamentary election as tens of thousands staged a new protest in the capital against the ruling elite. 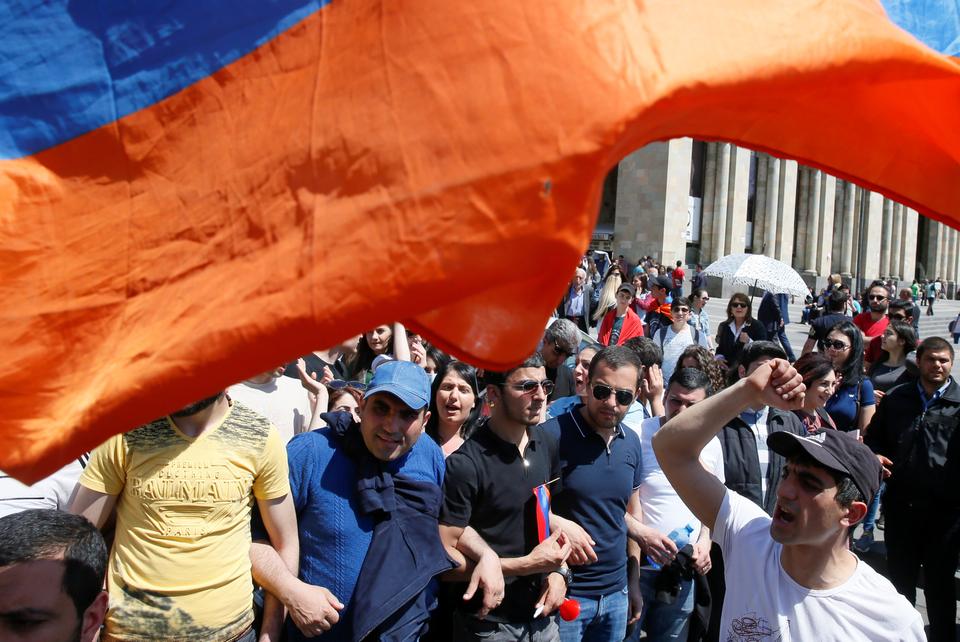 The demonstrations, driven by public anger over perceived political cronyism and corruption, looked to have peaked on Monday when Serzh Sarksyan quit as Armenian prime minister. (Reuters)

Although the demonstrations have been peaceful, the upheaval has threatened to destabilise Armenia, an ally of Russia, in a volatile region riven by its decades-long, low-level conflict with neighbouring Azerbaijan.

Moscow has two military bases in the ex-Soviet republic, and Russian President Vladimir Putin spoke to Karapetyan on Thursday.

Putin said the political crisis should be solved through legal means, the Kremlin said.

Protest leader Pashinyan said on Wednesday he had received assurances from Russian officials that Moscow would not intervene in the crisis, and Armenian Foreign Minister Edward Nalbandian was in Moscow on Thursday for talks.

Earlier this week, he ruled out challenging the presence of Russian military bases in Armenia or the country’s membership in Russia-led military and economic alliances.