Miguel Diaz-Canel, a 57-year-old Communist Party official and currently the first vice president, is expected to be confirmed as successor to the presidency on Thursday. 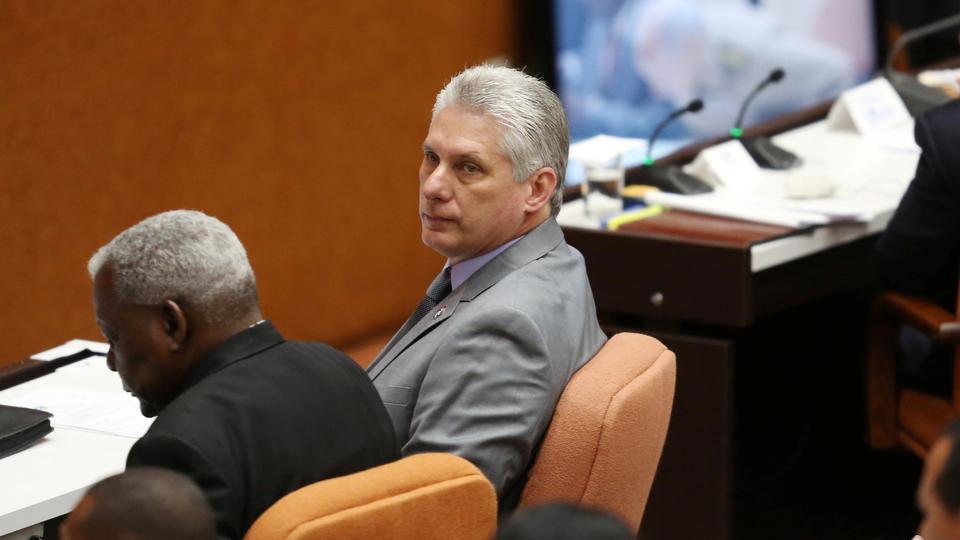 Miguel Diaz-Canel was proposed in Cuba’s parliament on Wednesday as the sole candidate to replace Raul Castro as president, which will make him the island’s first non-Castro leader since the 1959 revolution.

Castro, 86, is stepping down after 10 years in office. The National Assembly was due to vote later in the day on the proposal to replace him with Diaz-Canel, a 57-year-old engineer who is currently first vice president.

Diaz-Canel, born after the revolution, embraces technology and appears socially liberal. Also a stalwart of the ruling Communist Party, he is considered a safe bet to inherit the ideological mantle of Castro and other elderly leaders who helped Fidel Castro oust US-backed dictator Fulgencio Batista.

The new president is likely to be cautious at first, seeking to consolidate support among conservatives despite desire among young Cubans for faster development. He is unlikely to challenge one-party rule.

TRT World ‘s Giles Gibson has more on the story from Havana.

While this week’s assembly is promoting younger leaders of government, Castro and other elders of the revolution will likely retain a degree of power on the Caribbean island as senior leaders of the Communist Party until a party congress set for 2021.

Wearing a dark suit in place of military fatigues, Castro sat near Diaz-Canel as an official read out the names of proposed leaders to the 604 legislators gathered at a convention centre in a Havana suburb.

Castro became president in 2008 when his brother, Fidel Castro, formally handed over power as his health deteriorated. Fidel Castro died in 2016 aged 90.

Raul Castro brought change, significantly thawing relations with the United States for the first time since the revolution took the island on a sharply leftward path. He also introduced market reforms to one of the world’s last Soviet-style centrally planned economies.

But Cuba’s economy remains smaller than it was in 1985, when it had the support of Communist ally, the Soviet Union, and some Cubans are pessimistic about their lives improving.

The economy is suffering the effects of a crisis in oil benefactor Venezuela. Relations with the United States are strained anew under President Donald Trump and Cuba has few allies in the region.

The rubber-stamp assembly will vote on 30 other members of Cuba’s state council along with the replacement for Castro.

The new president and state council are due to be sworn in on Thursday.