Tuberculosis on the rise in Venezuela

The infectious disease is re-emerging at a time when the country is in the throes of an economic crisis, threatening to overwhelm a crippled health care system. The number of reported cases increased 40 percent or more in the last year In Caracas. 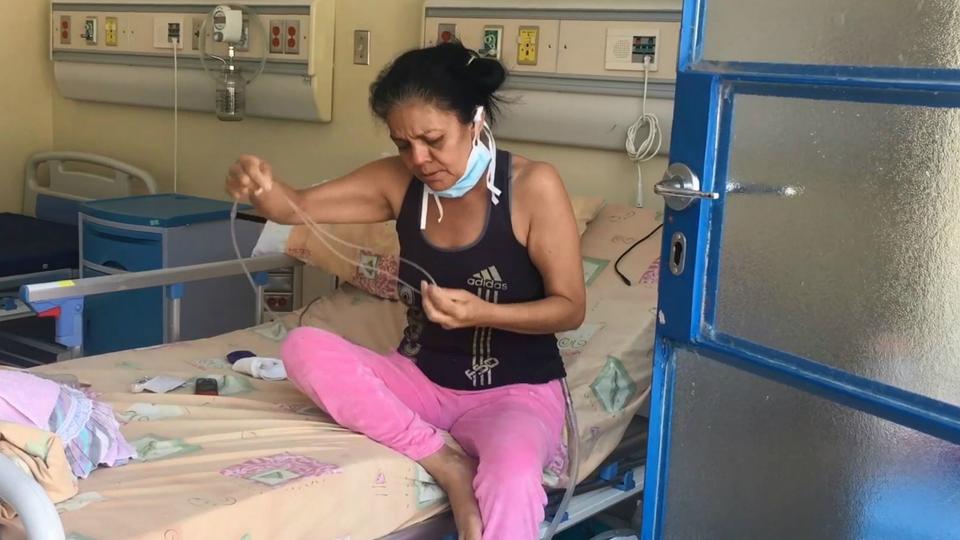 Marina Chia is a tuberculosis patient in Caracas, Venezuela, (TRTWorld)

Even though it is often called the disease of poverty, at El Algodonal Hospital in Caracas, Tuberculosis or TB is finding new victims among the middle class.

When restaurant manager Marina Chia, a single mother with one child, started coughing a year ago, she thought she just had a cold. Then last month, her lungs collapsed and the doctor told her she has tuberculosis.

“The doctors told me because of the seriousness of my infection they must take out a lung. That’s not easy to accept, but I have no choice.  I’ll do anything to get out of here alive.”

Marina has watched tuberculosis take the lives of other patients.

“Since I was admitted to the hospital 20 days ago, five people have died. They were right next to my bed and they died of tuberculosis. That depresses me, traumatises me and scares me. I don’t want to die.  I want to leave and go home alive”, she added.

Staff at Caracas clinics are reporting more people are testing positive for TB but hospitals are ill-equipped to treat them.