The outbreak that claimed the lives of 180 people is the worst outbreak ever recorded globally. Several countries have banned imports of processed meat from South Africa. 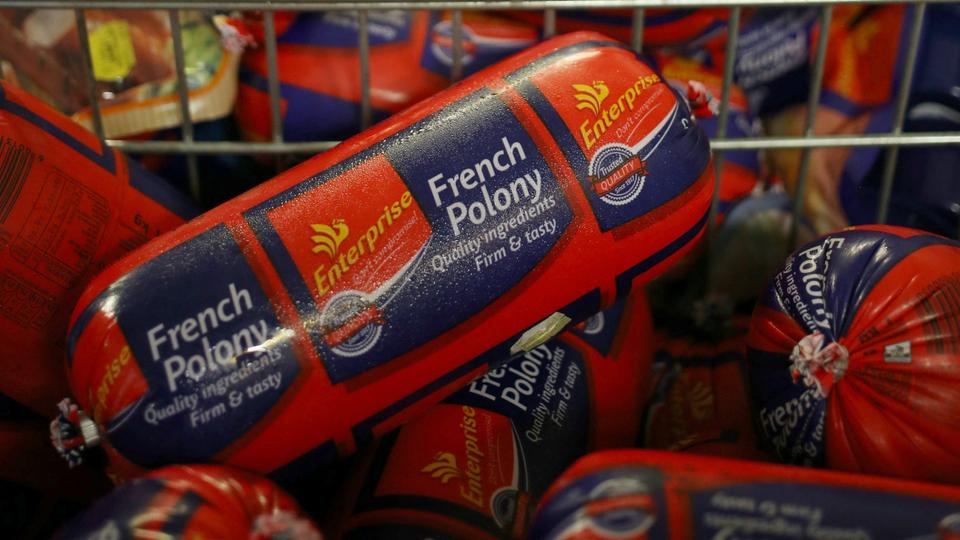 Cold meat products known as “polony” are seen in a trolley after they were removed from the shelves of Pick n Pay Store following an outbreak of listeriosis that has claimed 180 lives. (Reuters)

Four countries in Africa on Monday took steps against South African chilled meat imports made at a factory found to be the origin of the world’s worst-ever listeria outbreak.

Mozambique and Namibia announced they were immediately suspending imports of the products. Botswana said it was recalling the items “with immediate effect”, while Zambia called on South African retail chains in its country to pull the incriminated goods from local shelves.

Malawi’s Competition and Fair Trading Commission said in a statement that it had asked wholesalers and retailers to withdraw South African meat products from their shelves.

Since January 2017, 948 people in South Africa have contracted listeriosis – a disease caused by bacteria from soil, water, vegetation and animal faeces which can contaminate fresh food, notably meat.

At least 180 have died, according to official figures.

Health officials say the source of the outbreak was an Enterprise Food plant, 300 kilometres (185 miles) northeast of the South African capital of Pretoria in the city of Polokwane.

Queues formed outside Enterprise sites in South Africa as angry consumers and small retailers gathered to demand refunds on their purchases of ready-to-eat meat products that include polony – a local version of baloney sausage – sliced ham and Frankfurter-style sausages.

A worker looks at empty shelves after removing processed meat products at a store in Johannesburg. (Reuters)

“I’ve eaten already some polony and Russian [sausage]. I don’t know, maybe I can get some disease,” said taxi driver Bongani Mavuso as he queued outside Enterprise’s factory shop in Germiston, Johannesburg to seek a refund. “I’m just coming to collect my money.”

On Sunday, Health Minister Aaron Motsoaledi took the unprecedented step of advising South Africans to avoid eating all processed meat products sold as “ready to eat” after announcing Enterprise as the outbreak’s source.

The chief executive of Tiger Brands, which owns Enterprise, denied that its products had been shown to be responsible for the deaths.

“There is no direct link with the deaths to our products,” Lawrence MacDougall told a news conference.

MacDougall did acknowledge that the government had linked the ST6 strain of listeria bacteria detected in Enterprise facilities with the outbreak that has resulted in 180 deaths.

“We are being extra cautious and vigilant, we are recalling all products made from the two facilities” affected, he said, adding that the government had only ordered the company to withdraw three product lines.

“Any loss of life is tragic. It is devastating for me to have our products linked to this outbreak.”

South Africa’s two largest supermarket operators, Shoprite and Pick n Pay, have also pulled products made by Rainbow Chickens after Motsoaledi confirmed that listeria had been identified in samples taken from one of its facilities.

Motsoaledi said on Sunday that Enterprise and Rainbow Chicken’s registration to export their products outside of South Africa had been temporarily suspended. Namibia also said it was suspending imports from Rainbow Chickens.

As fears of listeria continued to rise in South Africa, several other smaller food retailers have also announced product recalls.

High-end food chain Woolworths announced it was recalling dozens of sausage and ham products “as an additional precautionary measure.”

“Chain stores should emulate measures put in place by the South African government,” he said in a statement.

The United Nations has previously said South Africa’s listeriosis outbreak is believed to be the largest-ever worldwide.

The infection mainly affects children and has a three-week incubation period, making it difficult to track.