Negotiations between Macedonia and Greece continue, examining four possible options. Greece is also asking for an amendment of references to the ‘Republic of Macedonia’ in the national constitution. 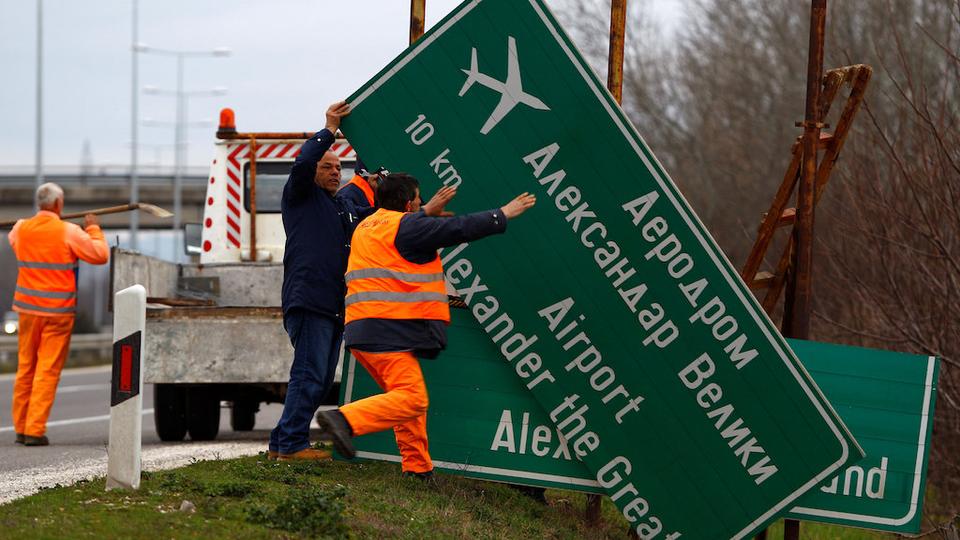 Macedonia is looking at four options to settle a decades-long dispute with Greece over its name, Prime Minister Zoran Zaev said on Tuesday.

The small ex-Yugoslav republic and its southern neighbour Greece have agreed to step up negotiations this year to resolve the dispute, which has frustrated Skopje’s ambition to join NATO and the European Union.

Athens, which like all members of both organisations has a veto over admissions, objects to the use of the name Macedonia, arguing that it, along with articles in Skopje’s constitution, could imply territorial claims over a northern Greek region of the same name.

Macedonia hopes the issue can be resolved in time for an EU meeting in June and a NATO summit in July, and is proposing a geographical ‘qualifier’ to ensure there is clear differentiation in the two names.

He said the question that remained was whether there was “a real need” to change Macedonia’s constitution, something Greece had also asked for in recent months.

Greece’s demand for an amendment of references to the ‘Republic of Macedonia’ in the national constitution could prove the toughest issue, although there seems to be some room for manoeuvre.

The foreign ministers of the two countries are due to hold further talks and Zaev also plans to meet Greek Prime Minister Alexis Tsipras in March.

“Of course we hope we would find a solution [on the constitution]. But we must take care about the dignity and identity of both sides because friends take care of each other,” he said.

Asked what changes Greece wanted to the name in the constitution and what issues Skopje might have with that, Zaev used the examples of Germany and Greece which also have national variations in their own constitutions.

“We are prepared to do a change [of the constitution],” Zaev said, adding however that it would not be by very much “because it is very difficult”.

“They [Greece] don’t have a region of the Republic of Macedonia, they are the Republic of Greece. And inside [our country] how we use it to communicate, from ministries to municipalities and other institutions, is really our right and doesn’t have implications for anybody.”

The Macedonian government later said in a statement that Zaev had not stated there could potentially be a small change to the constitution but was referring instead to the broader name issue that had been discussed earlier.

If an agreement between the two countries can finally be found, Macedonia will then hold a referendum to ask its population of around 2 million to back the change.

Demonstrations against the move were expected in Skopje on Tuesday, but Zaev thinks it would get public backing in a vote.

“I think if we save dignity – that is the important thing – of course the citizens will support it. Why? Because it is that [on which] depends our integration in NATO and the European Union.”