Parkland school cop ‘never went in’ during the shooting. There were other failures, too.

A school campus cop heard the gunfire and rushed to the building but never went inside — instead waiting outside for another four agonizing minutes as Cruz continued the slaughter.

And long before Cruz embarked on the worst school shooting in Florida history, Broward Sheriff’s Office deputies had multiple warnings that the 19-year-old was a violent threat and a potential school shooter, according to records released Thursday.

In November, a tipster called BSO to say Cruz “could be a school shooter in the making,” but deputies did not write up a report on that warning. It came just weeks after a relative called urging BSO to seize his weapons. Two years ago, according to a newly released timeline of interactions with Cruz’s family, a deputy investigated a report that Cruz “planned to shoot up the school” — intelligence that was forwarded to the school’s resource officer, with no apparent result.

The school’s resource officer, Scot Peterson, 54, was suspended without pay, then immediately resigned and retired. Two other deputies have been placed on restricted duty while Internal Affairs investigates how they handled the two shooter warnings.

The admissions, made by Broward Sheriff Scott Israel at a press conference on Thursday evening, added to the growing list of missed signs in the years before Cruz went on a rampage that has horrified the nation and reignited the debate on gun control. The FBI, in an earlier and equally astonishing admission, said last week that the agency failed to act on a tip in January that Cruz was a possible violent threat.

“I’m completely disgusted,” said Broward County Commissioner Michael Udine, a former mayor of Parkland whose daughter attends Stoneman Douglas. “There is nobody in authority talking to each other and every organization that had a chance to stop this completely failed our children from top to bottom.” 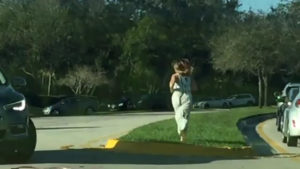 Thursday’s revelations came the week after Cruz took an Uber to the Parkland high school, armed with an AR-15 rifle and extra ammunition, and opened fire inside Building 12 on the sprawling campus. Seventeen people died, and another 15 people were injured.

Cruz ditched the weapon and escaped, blending in with fleeing students. He was captured about an hour later and confessed to the killings. He is now awaiting trial and could face the death penalty.

Since the massacre, law enforcement and education authorities have come under intense scrutiny for their handling of Cruz over the years. BSO, the county’s largest police department, is also under the microscope for its response to the shooting — chiefly for how school resource deputy Scot Peterson responded once the gunfire erupted at 2:21 p.m. on Valentine’s Day.

Peterson — named school resource officer of the year for Parkland in 2014 — was in another building, dealing with a student issue when the shots sounded. Armed with his sidearm, Peterson ran to the west side of Building 12 and set up in a defensive position, then did nothing for four minutes until the gunfire stopped, the sheriff said.

Israel added: “I am devastated. Sick to my stomach. He never went in.”

Since the Columbine school shooting that left 12 dead in 1999, cops have been trained not to wait for heavily armed SWAT officers but to enter buildings to find and kill the threat.

“When we train police, the first priority is to stop the killing,” said Pete Blair, the executive director of the Advanced Law Enforcement Rapid Response Training Center at Texas State University.

Said former Broward Sheriff Al Lamberti: “These events are over in three to five minutes. You don’t have the luxury to wait. You might not have the best equipment, you might have small numbers, but you’re armed. Those kids are not armed. You have to go in and engage the shooter. Our job is to protect and serve.”

According to a BSO timeline released during the press conference, the department had fielded 23 calls in the past decade related to Cruz or his family.

Many of them seemed uneventful at the time, but foreshadowed mounting troubles with Cruz.

The first report came in November 2008, when Cruz — then 9 years old — threw a rock at another boy outside their Parkland home. In the following years, Cruz’s mother called police to report various disturbances: her sons were fighting, Cruz hit her with a plastic vacuum-cleaner hose, the boys left the home through a bedroom window.

On another occasion, the 14-year-old Cruz punched a wall because she took away his X-box. An employee of Henderson Behavioral Health came and said the boy did not meet criteria for involuntary psychological evaluation under the state’s Baker Act.

In November 2014, deputies were called to a neighbor’s home after he reportedly shot a neighbor’s chicken with a pellet gun — his mother agreed to lock away the gun and the fowl’s owner declined to press charges.

In February 2016, someone reported that Cruz “planned to shoot up the school.” A deputy was shown an Instagram photo of a “juvenile” with guns. Investigators say they don’t know which school was the possible target.

According to BSO, a deputy talked to the anonymous caller, then determined that Cruz “possessed knives and a BB gun.” That information was forwarded to Peterson at the Douglas campus, police said. The internal affairs unit is now investigating why nothing came of the report.

Seven months later, in September 2016, a Douglas school counselor reported to the school resource officer that Cruz might have ingested gasoline and attempted suicide by “cutting himself.” He also said he wanted to buy a gun and had a Nazi symbol on his book bag.

The school initiated a “threat assessment” on Cruz, then 18, suggesting he suffered from depression. The Florida Department of Children and Families also investigated Cruz and determined he was not a threat to himself or others. At the time, he was undergoing therapy with Henderson Behavioral Health.

BSO had no more contact with Cruz until November 2017, shortly after his mother died of a respiratory illness. His mother’s cousin, Katherine Blaine, reported that the woman had died and asked that BSO seize the arsenal.

A deputy responded and a “close family friend agreed to take possession of the firearms.” After the shooting, Blaine claimed it was only BB guns and denied she had asked for deputies to take the weapons.

Then, on Nov. 30, an unidentified caller from Massachusetts called to say Cruz was collecting guns and knives. The caller said “Cruz will kill himself one day and believes he could be a school shooter in the making.”

BSO, however, never even wrote a report on the tip. Internal affairs detectives are now trying to figure out what happened. Deputies Edward Eason and Guntis Treijs are on restricted duty while detectives examine their handling of the two potential school shooter tips. After the shooting, the tipster was re-interviewed and said BSO told him to report Cruz to the Palm Beach Sheriff’s, as the teen was then living in the neighboring county.

There, Cruz was also on the radar of law enforcement.

The family that took in Cruz after the death of his mother called the Palm Beach Sheriff’s Office to report a fight between him and their son, 22. One member of the family told police that Cruz had threatened to “get his gun and come back” and that he had “put the gun to others’ heads in the past.”

But the family did not want him arrested after he calmed down. 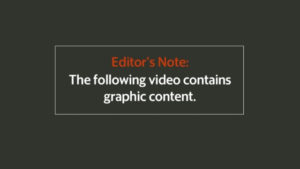 All the warnings about Nikolas Cruz

Nikolas Cruz’s dangerous and disturbing behavior was flagged repeatedly to authorities, both local and federal, over a span of two years starting in February 2016. But no one stopped him before he killed 17 people at Marjory Stoneman Douglas High School in Parkland. Here’s a time line of incidents where Cruz was reported to law enforcement. Many of the incidents involve the threat of a school shooting.

▪ Feb. 5, 2016: A Broward Sheriff’s Office deputy is told by an anonymous caller that Nikolas Cruz, then 17, had threatened on Instagram to shoot up his school and posted a photo of himself with guns. The information is forwarded to BSO Deputy Scot Peterson, a school resource officer at Marjory Stoneman Douglas High School.

▪ Sept. 23, 2016: A “peer counselor” reports to Peterson that Cruz had possibly ingested gasoline in a suicide attempt, was cutting himself and wanted to buy a gun. A mental health counselor advises against involuntarily committing Cruz. The high school says it will conduct a threat assessment.

▪ Sept. 28, 2016: An investigator for the Florida Department of Children and Families rules Cruz is stable, despite “fresh cuts” on his arms. His mother, Lynda Cruz, says in the past he wrote “hate signs” on his book bag and had recently talked of buying firearms.

▪ Sept. 24, 2017: A YouTube user named “nikolas cruz” posts a comment stating he wants to become a “professional school shooter.” The comment is reported to the FBI in Mississippi, which fails to make the connection to Cruz in South Florida.

▪ Nov. 1, 2017: Katherine Blaine, Lynda Cruz’s cousin, calls BSO to report that Nikolas Cruz had weapons and asks that police recover them. A “close family friend” agrees to take the firearms, according to BSO.

▪ Nov. 29, 2017: The Palm Beach County family that took in Cruz after the death of his mother calls the Palm Beach Sheriff’s Office to report a fight between him and their son, 22. A member of the family says that Cruz had threatened to “get his gun and come back” and that he has “put the gun to others’ heads in the past.” The family does not want him arrested once he calms down.

▪ Nov. 30, 2017: A caller from Massachusetts calls BSO to report that Cruz is collecting guns and knives and could be a “school shooter in the making.” A BSO deputy advises the caller to contact the Palm Beach sheriff.

▪ Jan. 5, 2018: A caller to the FBI’s tip line reports that Cruz has “a desire to kill people” and could potentially conduct a school shooting. The information is never passed on to the FBI’s office in Miami.

▪ Feb. 14, 2018: Nikolas Cruz attacks Stoneman Douglas High. Peterson, the school’s resource officer, draws his gun outside the building where Cruz is shooting students and staff. He does not enter.