The Aseman Airlines ATR-72 crashed into Mount Dena in southern Iran on Sunday. The airline said all 65 on board Flight EP3704 were killed, including six crew members. 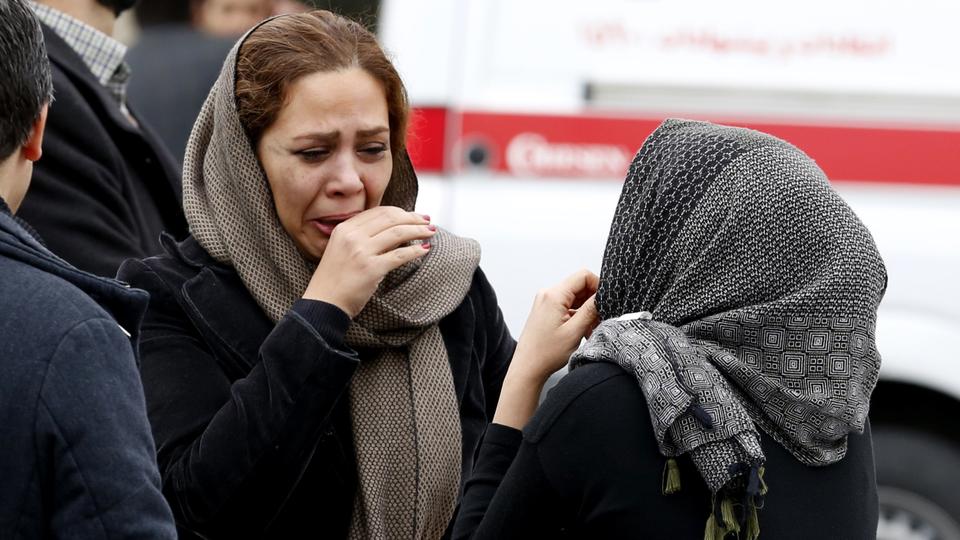 Relatives of Iranian passengers, onboard the Aseman Airlines flight EP3704, react as they gather in front of a mosque near Tehran’s Mehrabad airport on February 18, 2018. (AFP)

Iran’s Press TV reported on Monday that search and rescue teams had reached the site of the plane crash that authorities said killed all 65 people on board.

The Aseman Airlines ATR-72, a twin-engine turboprop used for short-distance regional flying, went down on Sunday in foggy weather, crashing into Mount Dena in southern Iran.

The airliner said all on board Flight EP3704 were killed, including six crew members.

The crash of the aircraft, brought back into service only months ago after being grounded for seven years, was yet another fatal aviation disaster for Iran, which for years was barred from buying necessary airplane parts due to Western sanctions over its contested nuclear programme, forcing Iranians to fly in ageing aircraft.

Press TV said search teams reached the crash site before dawn on Monday. The station said the weather had improved though it was still windy.

The TV broadcast footage of a helicopter joining the search and showed ambulances and rescue vehicles preparing to reach the site on Mount Dena.

Other Iranian news outlets and officials did not confirm that the crash site had been reached.

The ATR-72 went down near its destination of the southern city of Yasuj, some 780 kilometres south of the capital, Tehran, from where it took off.

It wasn’t immediately clear what caused the crash, although weather was severe.

Dense fog, high winds and heavy snow in the Zagros Mountains made it impossible for rescue crews in helicopters to reach the site in the immediate aftermath, state television reported.

Following the landmark 2015 nuclear accord with world powers that lifted international sanctions on Tehran in exchange for curbs on its nuclear enrichment programme, Iran is allowed to purchase airplanes and airplane parts and has made deals worth tens of billions of dollars for new aircraft.

However, President Donald Trump’s refusal to recertify the deal has injected uncertainty into those sales.