Stephen Hawking moved an audience to tears today after he spoke at an event in Cambridge to mark his 75th birthday, where he was joined by other famous names from the world of science.

The Cambridge-based rock star physicist topped the bill of a list of distinguished scientists, who addressed an audience in Lady Mitchell Hall at the University of Cambridge.

Professor Brian Cox — known to the public (among other things) for presenting BBC science documentaries such as Wonders of the Solar System — was the first to address the audience, with a talk about our place in the cosmos.

Brian Cox began with a whistle-stop tour of the history of the universe, along with our developing understanding of it.

Although Professor Cox credited Mr Hawking with inspiring him to study physics, he said it was Hawking’s engagement with the public that was his greatest achievement. 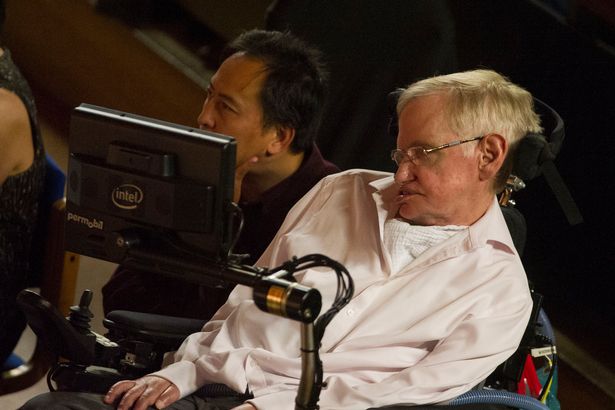 Mr Cox borrowed the words of another great scientist Richard Feynman, from his book The Value of Science.

He said: “The most valuable thing about science is not the things it teaches us about nature, or spin-off technologies, no matter how wonderful they are.

Next was Professor Gabriela González, who in February 2016 was one of a small group of scientists to announce the detection of gravitational waves, a revolutionary discovery that completely changed how we understand and study the universe. 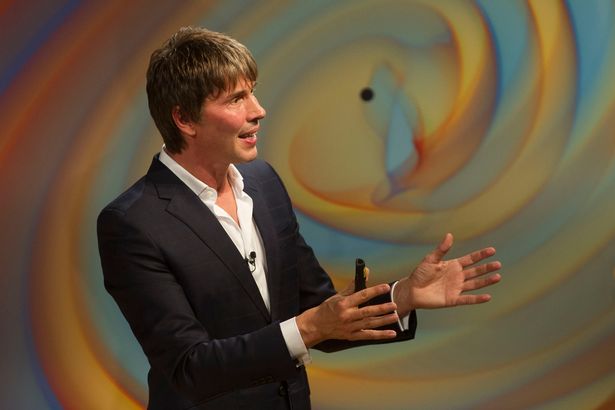 Professor González talked first about black holes, a place in space caused by collapsing stars with such a strong gravitational pull that even light can’t escape.

As González pointed out, Hawking made great contributions to our understanding in this field.

“He was interested in black holes from very early on,” said Professor González (making Mr Hawking sound like a kind of cosmological hipster).

She went on to explain how her team’s work on gravitational waves — ‘ripples’ in space-time caused by the pull of things like black holes — was indebted to the work of the Cambridge physicist.

Professor Martin Rees — former master of Trinity College in Cambridge — shared the same PhD supervisor as Stephen Hawking and was the penultimate speaker of the evening.

With an image from the film The Martian behind him, Professor Rees gave the audience a vision of the human race’s future exploration of the universe.

As Artificial intelligence advances, there is less practical need for people. However, I do hope people will follow the robots,” he said.

But he warned against thinking about mass migration to Mars as some kind of solution.

“We must solve our problems on Earth,” he said.

He spoke of his early realisation of his medical problems when going skating with his mother.

“I fell over and had great difficulty getting up,” he said. “At first I became depressed. I seemed to be getting worse very rapidly.”

However, he said: “While there is life, there is hope.”

Daniel Ortega is causing a bloodbath in Nicaragua

The End of Mexican Democracy?