The most unfortunate and unappreciated generation, this generation!

It wouldn’t be an exaggeration to say that the youth of our days is the most unfortunate and unappreciated generation of the Metapolitefsi  (the period after the fall of the dictatorship in 1974). It can be characterized as unfortunate because it has to learn to survive in the difficult situations that the economic crisis has brought to Greece. And unappreciated because of the difficulty to materialize its dreams. But, how much has the way of life of young people changed?

First of all, a big change has occurred in the way the students choose their future careers. Not many years ago, it was much easier for a family to send their child to a University in a different city of their own. But now, the families have second thoughts and many times, the students as well, choosing a faculty at the city they live in, even if that means that they won’t follow the professional career they have dreamed. Also, the grades that the faculties have as a limit for entering show that now their popularity isn’t only a matter of a grate name but also it has to do with the employment prospects they offer. Because of that, universities that had in the past a really high grade of admission, now have fallen showing the decreased preference of the students.

Another big change has occurred at the business sector. Many young people work while they study. They choose that to help their parents but also to be comfortable to live the way they want. The majority of the jobs they do are part time jobs with small income and are not related with their studies. Additionally a lot of them after their studies choose to leave the country in order to find a better employment environment. Those that choose to stay in Greece try to find a job at their sector and when that’s not possible do any other job. The truth is that the high percentages of unemployment show that even that is really difficult.

On the positive side, the majority of the young people don’t lose their optimism. The amusement is a part of their lives and even though it has been limited, it hasn’t disappeared. Either for a cup of coffee, a drink or to eat, young people go out at least once per week. Even if the amount of money they spend has been limited that doesn’t prevent them from having fun. The number of new places, bars, restaurants, etc… shows that a young person will deprive themselves in other things in order to go out.

In conclusion, young people have the will and the appropriate supplies to try by staying in Greece. Of course, if this situation continues the same way more and more will go abroad. In my opinion, for this reason, every government should be more interested in the affairs of the new generation so as not to let them by themselves, alone, to face this situation. In addition, without the new generation Greece and any other country is condemned to disappear. 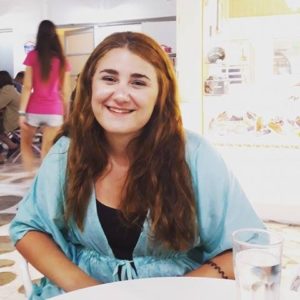