Seattle court halts online distribution of gun blueprints for 3-D printing, issuing an order to block a settlement the Trump administration had reached with the company which wanted to put the designs online. 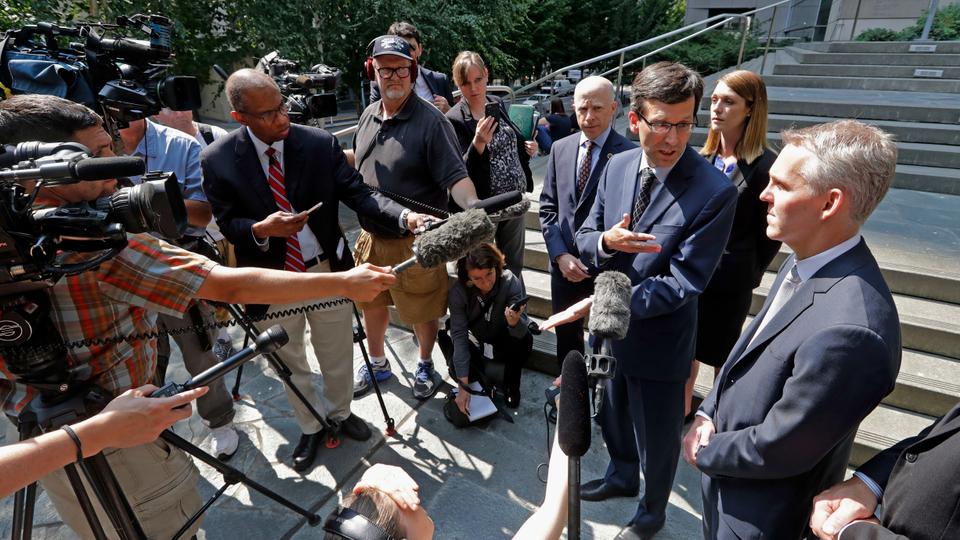 A US federal judge on Tuesday stopped the release of blueprints to make untraceable and undetectable 3D-printed plastic guns as President Donald Trump questioned whether his administration should have agreed to allow the plans to be posted online.

The company behind the plans, Texas-based Defense Distributed, reached a settlement with the federal government in June allowing it to make the plans for the guns available for download on Wednesday.

The restraining order from US District Judge Robert Lasnik in Seattle puts that plan on hold for now. “There is a possibility of irreparable harm because of the way these guns can be made,” Lasnik said.

“We were asking for a nationwide temporary restraining order putting a halt to this outrageous decision by the federal government to allow these 3D downloadable guns to be available around our country and around the world. He granted that relief,” Ferguson said at a news conference after the hearing. “That is significant.” 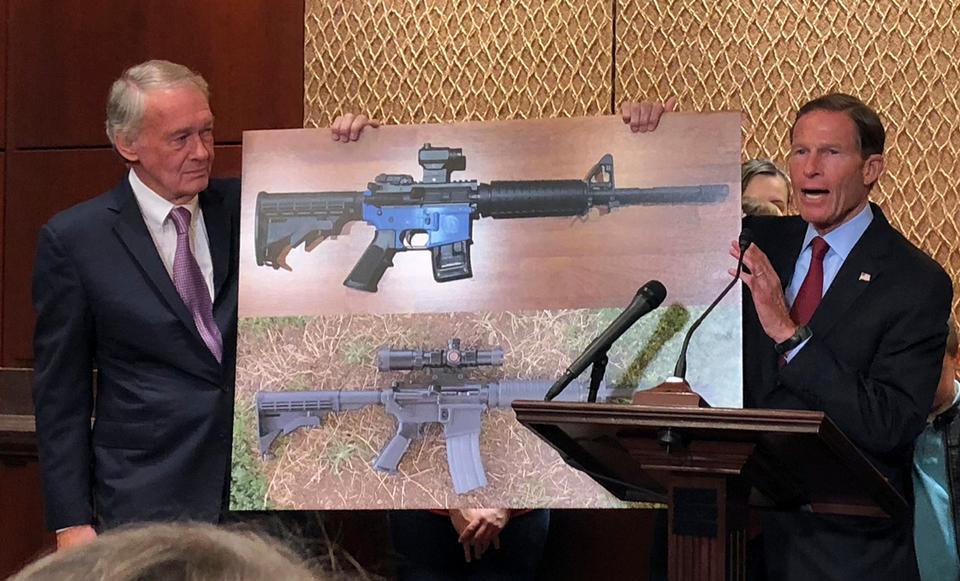 Senator Edward Markey, D-Mass. (L) and Senator Richard Blumenthal, D-Ct., display a photo of a plastic gun on July 31, 2018, on Capitol Hill in Washington. Democrats are calling on President Donald Trump to reverse an administration decision to allow a Texas company to make blueprints for a 3D-printed gun available online. (AP)

Eight Democratic attorneys general had filed a lawsuit on Monday seeking to block the settlement. They also sought the restraining order, arguing the 3D guns would be a safety risk.

Congressional Democrats have urged President Donald Trump to reverse the decision to publish the plans.

Trump tweeted that he had already spoken with the National Rifle Association about the downloadable directions a Texas company wants to provide for people to make 3D-printed guns.

I am looking into 3-D Plastic Guns being sold to the public. Already spoke to NRA, doesn’t seem to make much sense!

The guns are made of a hard plastic and are simple to assemble, easy to conceal and difficult to trace.

“We don’t agree with President Trump very much,” Washington state Assistant Attorney General Jeff Rupert told Lasnik, “but when he tweeted ‘this doesn’t make much sense,’ that’s something we agree with.”

After a years-long court battle, the Department of State in late June settled the case against Defense Distributed.

The settlement, which took gun-control advocates by surprise, allowed the company to resume posting blueprints for the hard-plastic guns at the end of July. Those plans were put on hold by the Seattle judge’s decision.

During the hearing in Seattle, Eric Soskin, a lawyer for the US Department of Justice, said they reached the settlement to allow the company to post the material online because the regulations were designed to restrict weapons that could be used in war, and the online guns were no different from the weapons that could be bought in a store.

Since the weapons “did not create a military advantage,” he told the judge, “how could the government justify regulating the data?”

But Rupert said a restraining order would keep the plans away from people who have learned about the technology and want to use it to get around gun laws.

Hours before the restraining order was issued, Democrats sounded the alarm, warning about “ghost guns” that can avoid detection and pose a deadly hazard.

The company’s website had said downloads would begin Wednesday, but blueprints for at least one gun – a plastic pistol called the Liberator – have been posted on the site since Friday. A lawyer for the company said he didn’t know how many blueprints had been downloaded since then.

Outrage over the administration’s decision is putting gun control back into the election-year political debate, but with a high-tech twist.

The president seemed to express surprise. He said on Twitter he was looking into the idea of a company providing plans to the public for printing guns, and he said it “doesn’t seem to make much sense!”

Democrats agreed and said Trump had the power to stop it.

“Even as a strong supporter of the Second Amendment this is not right,” Alaska Senator Lisa Murkowski tweeted, linking to a news story on the guns.

The NRA said in a statement that “anti-gun politicians” and some members of the news media wrongly claim that 3D printing technology “will allow for the production and widespread proliferation of undetectable plastic firearms.”

In truth, “undetectable plastic guns have been illegal for 30 years,” said Chris W Cox, executive director of the NRA’s political arm. A federal law passed in 1988 crafted with NRA support bars the manufacture, sale or possession of an undetectable firearm.

Trump spokesman Hogan Gidley made much the same point, saying the administration supports the law against wholly plastic guns, including those made with a 3D printer.

But Democrats called the law weak and said gun users could get around it by using weapons with a removable metal block that the gun doesn’t need in order to function.

Democrats filed legislation that would prohibit the publication of a digital file online that allows a 3D printer to manufacture a firearm. Democrats also filed a separate bill to require that all guns have at least one non-removable component made of metal so they can be discovered by metal detectors.

People can use the blueprints to manufacture plastic guns using a 3D printer. But industry experts have expressed doubts that criminals would go to the trouble, since the printers needed to make the guns can cost thousands of dollars, the guns themselves tend to disintegrate quickly and traditional firearms are easy to come by.