NBC reports the Trump administration is giving some parents, who were separated from their children after entering the US illegally, the option of either being deported with their children or without them. 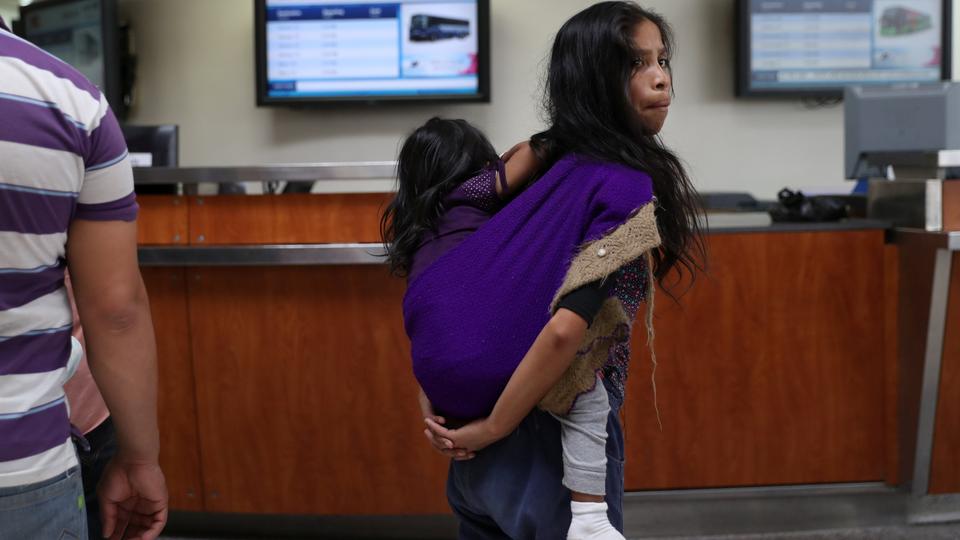 A Guatemalan mother and her two-year-old daughter are released from detention with fellow undocumented immigrant families at a bus depot in McAllen, Texas, US, July 3, 2018. (Reuters)

The Trump administration is giving some parents who were separated from their children after entering the United States illegally the option of either being deported with their youngsters or without them, NBC News reported on Tuesday.

A form laying out the two options is being given to parents who have received final removal orders from the US government and are covered by a lawsuit against Immigration and Customs Enforcement filed earlier this year, said NBC News, which posted a copy of the form online.

It was unclear how many people were being given the form or whether it was being given to parents who had a pending asylum request.

US Immigration and Customs Enforcement did not immediately respond to a request for comment.

The American Civil Liberties Union has asked the government to stop using the form.

A lawyer for the group, Lee Gelernt, told Reuters the form should include a third option that informs the parent they can keep their child with them while contesting removal.

TRT World’s Jon Brain reports from Tijuana, Mexico on how the US border policy is affecting families.

US President Donald Trump implemented a “zero tolerance” policy toward illegal immigration in May, saying it fostered crime.

That led to the separation of more than 2,000 children from their parents, a practice that caused an outcry, even from some allies of the Republican president.

Trump then ordered officials to begin detaining families together rather than separating them.

A US District judge in southern California ruled on June 26 that the government must reunite parents separated from their children.

He did not stipulate whether parents must be allowed to remain with their children in the United States while waiting for a judge to hear their asylum case, NBC said.