Authorities ordered the evacuations of over 2,000 residents. The fire has scorched 3,000 acres and threatened 600 buildings. The Pawnee fire is one of several wildfires burning in California and it’s fuelled by erratic winds and high temperatures. 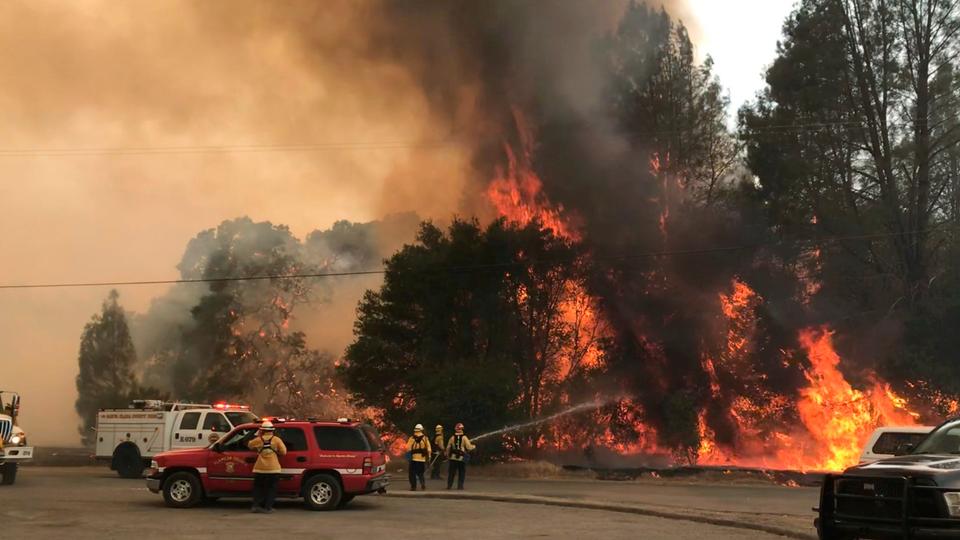 In this photo provided by the Cal Fire Communications, firefighters battle a wildfire in an area northeast of Clearlake Oaks, California, June 24, 2018 (AP)

A wind-driven wildfire destroyed a dozen buildings and threatened hundreds of others on Sunday as it raced across dry brush in rural Northern California.

The Pawnee Fire, which broke out on Saturday near the small community of Clearlake Oaks, was one of four wildfires burning in largely rural areas as wind and heat gripped a swath of California from San Jose to the Oregon border.

The blaze destroyed 12 buildings and threatened an additional 600 as it burned out of control across about 2.5 square miles (6.5 square kilometers). It is north of the wine country region where devastating wildfires killed 44 people and destroyed thousands of homes and businesses last October. 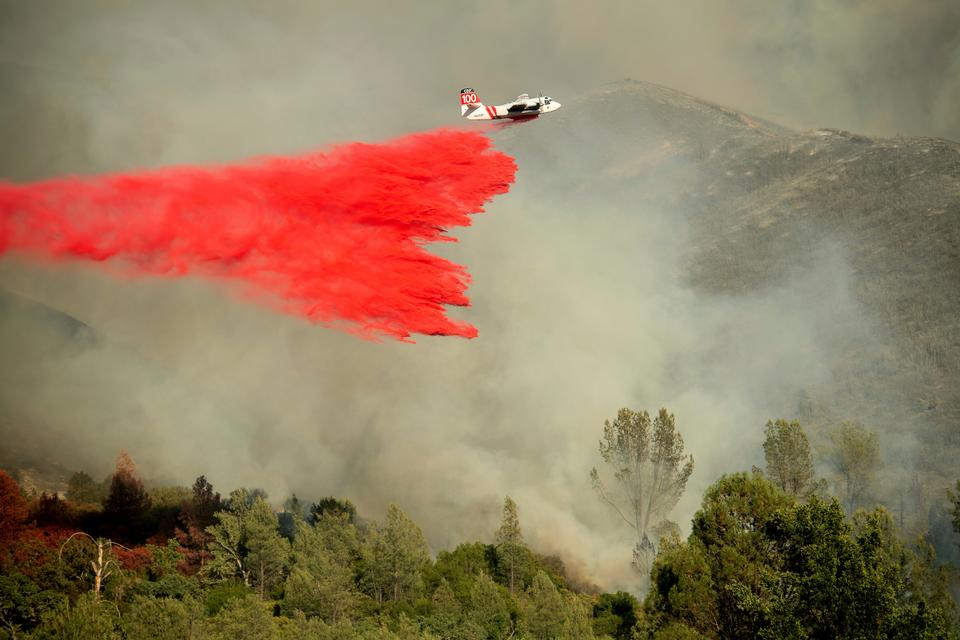 An air tanker drops retardant on a wildfire burning above the Spring Lakes community, June 24, 2018 (AP)

Authorities ordered people to evacuate all homes in the residential area of Spring Valley and surrounding areas. Evacuation centers for residents and animals were being opened. No injuries were reported.

“What we’re stressing is that people, when they get the evacuation order, they heed it immediately and get out and stay out until it is safe to return,” California Department of Forestry and Fire Protection Battalion Chief Jonathan Cox said.

“This is one of four large fires burning in Northern California. It’s a good reminder that fire season is upon us,” he said. 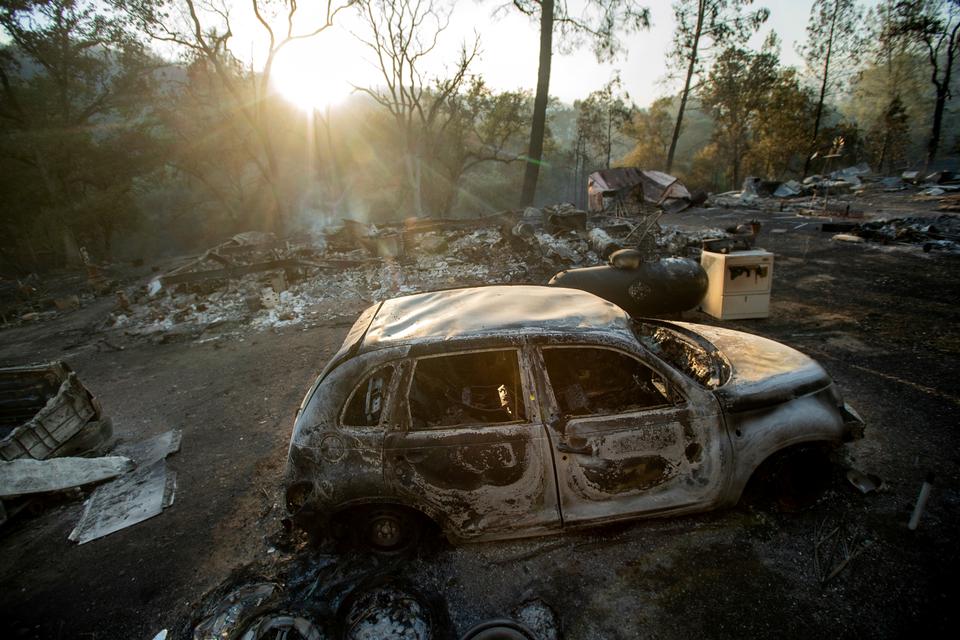 A vehicle scorched by a wildfire rests in a clearing on Wolf Creek Road near Clearlake Oaks, California, June 24, 2018. (AP)

Another blaze consumed 5.5 square miles in nearby Tehama County but did not burn any buildings. Some homes were threatened and some had been evacuated, Cox said, although he did not have specific numbers. It was partially contained.

Another smaller fire, also in Tehama County, was nearly halfway contained after consuming less than a mile of brush. The fourth fire, in neighboring Shasta County, smaller still, was three-fourths contained.

The Pawnee Fire was being driven by erratic winds, low humidity and high temperatures. Firefighters battled it in a rugged area that made it difficult to get engines and other equipment up close. 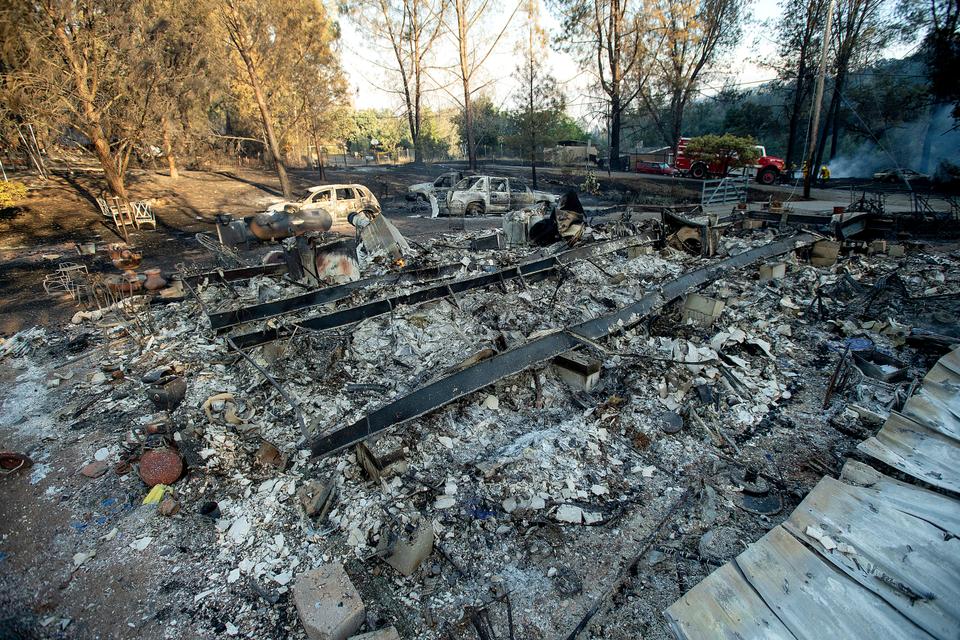 A structure leveled by a wildfire rests in a clearing on Wolf Creek Road near Clearlake Oaks, California, June 24, 2018. (AP)

Fire officials had no estimate on when it might be contained and didn’t yet know what caused it.

Matthew Henderson, who was in the area taking photographs, said he saw the fire jump a road at one point, briefly cutting off access to part of Spring Valley until firefighters pushed it back.

More than 230 firefighters using helicopters, bulldozers and other equipment were battling the blaze.