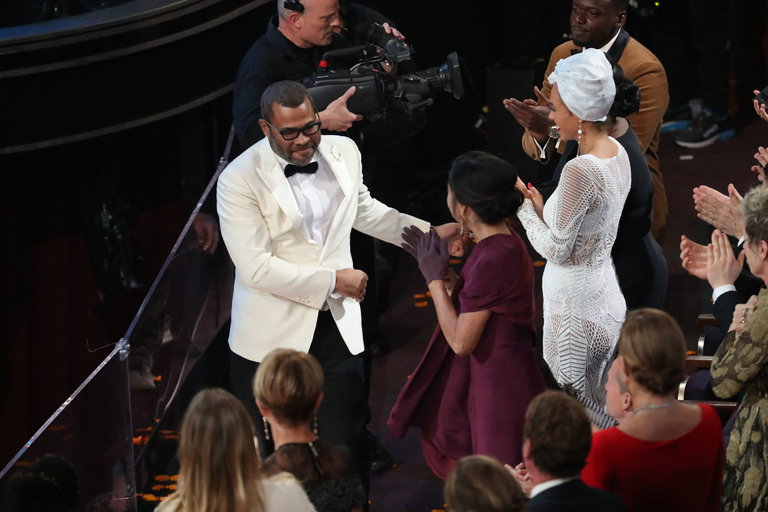 The 90th Academy Awards rewarded a surreal love story, a Chilean drama, the portrayal of a violent cop and more.

• Read what happened at the Oscars and a transcription of Jimmy Kimmel’s monologue.

• Our TV critic thought that the show focused on celebration and glitter despite some self-examination.

• What’s an inclusion rider? We explain the idea that Frances McDormand endorsed onstage.

• Tiffany Haddish and Maya Rudolph, hosts for the 2019 Oscars? The Internet loved the idea.

• Lupita Nyong’o and Kumail Nanjiani made an appeal for Dreamers.

• See photos from the red carpet and get our fashion critic’s take.

• Want to watch the Oscar winners at home? Here’s where to stream them. And if you liked the best picture winner “The Shape of Water” we have recommendations for 7 other movies to check out.

Best Picture: “The Shape of Water”

Original Screenplay: “Get Out”

Adapted Screenplay: “Call Me by Your Name”

Documentary Short: “Heaven Is a Traffic Jam on the 405”

Score: “The Shape of Water”

Song: “Remember Me” from “Coco”

Production Design: “The Shape of Water”