The white poodle-cross had crawled into a brick-built hollow behind a garden barbeque area as the inferno raged around him in the town east of Athens last week. 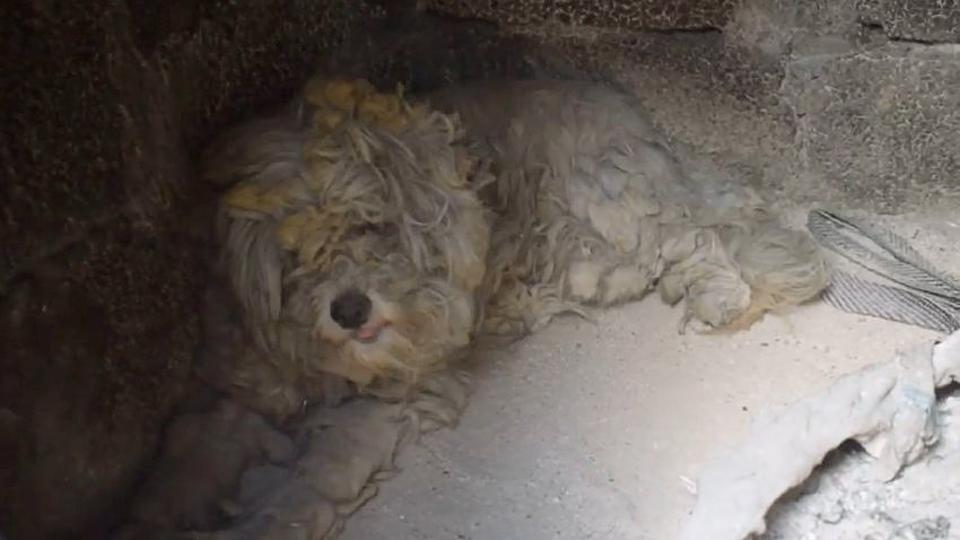 A screen grab taken from video footage shows Loukoumakis at the place where he was found by the animal rescuers, following a wildfire in the village of Mati, near Athens, Greece, on July 31, 2018. (Reuters)

Loukoumakis the dog cowered in a corner for two days until he was found by animal rescuers in the ashen devastation of Mati in Greece, traumatised and seemingly unable to move.

The white poodle-cross was found singed yellow from the smoke and flames of the wildfires and had difficulty breathing.

“Even its eyelashes are burnt, I wonder how this dog survived,” said Diana Topali, 42, who is offering Loukoumaki foster care as the dog sat next to her.

He had crawled into a brick-built hollow behind a garden barbeque area as the inferno raged around him in the town east of Athens last week, killing at least 91 people in one of Greece’s worst natural disasters. 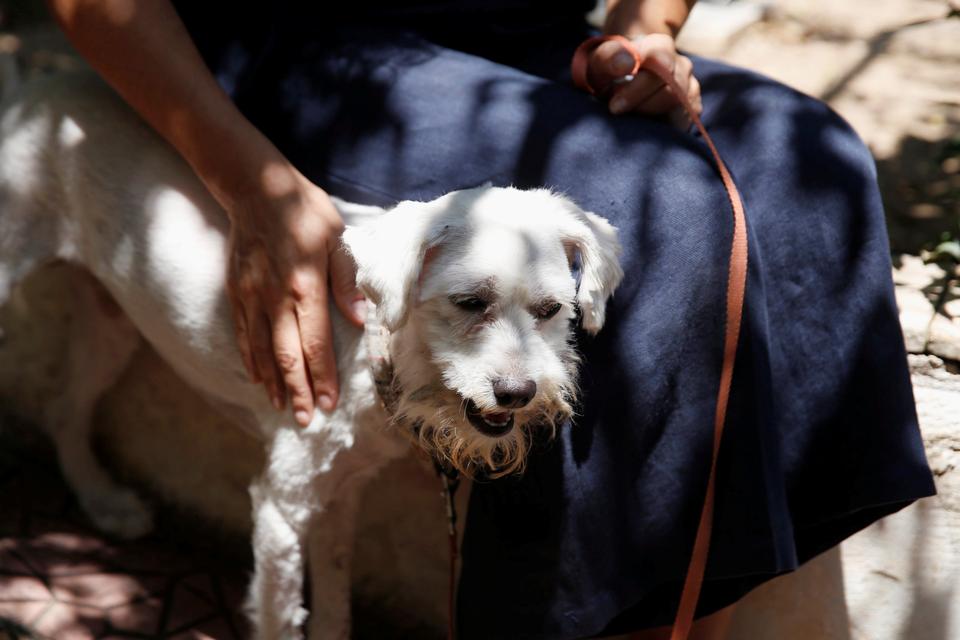 Diana Topali, 42, caresses Loukoumakis while she is speaking with Reuters in the yard of her house in Porto Rafti near Athens, Greece, July 31, 2018. (Reuters)

Artemis Kyriakopoulou, an animal rescue volunteer, was out searching with others when she came across him as she tried to gain access to another garden and lured him out with a tin of dog food.

“I saw there was something like an [outdoors] oven, and I figured if anything were alive, it would be in there,” Kyriakopoulou, 21, told Reuters Television.

Hundreds of pets and strays are believed to have perished in the blaze, which swept through the seaside town in a matter of hours. 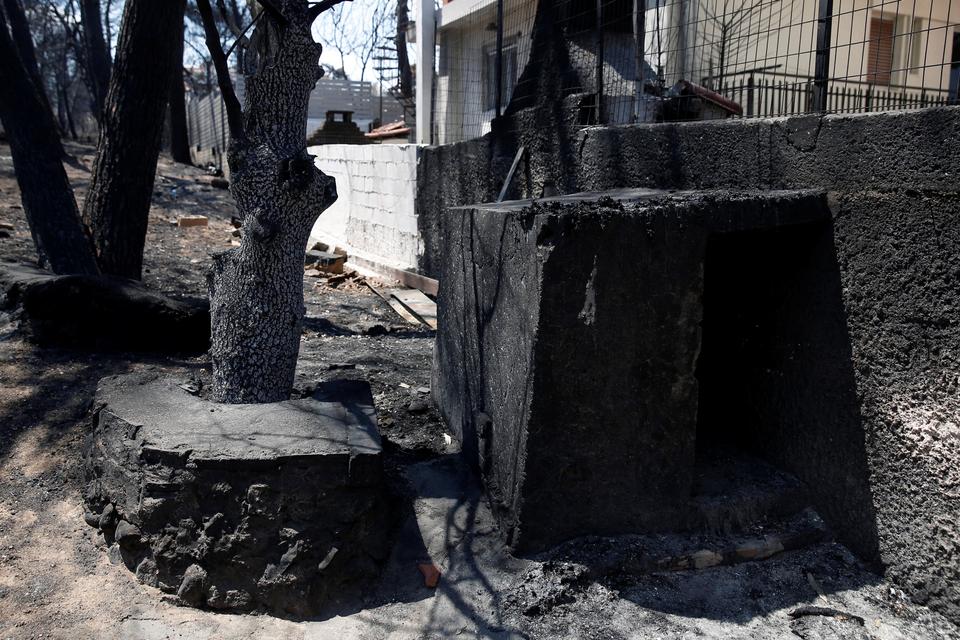 The place where Loukoumakis was found, is seen following a wildfire in the village of Mati, near Athens, Greece, July 31, 2018. (Reuters)

Loukoumakis, as he has been named by a vet, is believed to be a stray, aged about four and a half years.

“He just looked like a burnt shaggy rug,” Topali said.

Today Loukoumakis has been groomed, is on antibiotics and is slowly recovering.

He will stay with Topali until he finds his forever home.

The life of Michael Schumacher

Vertical gardens in Bogota can lead to greener future

Vintage Watches Are the Timeless Timepieces You Need

Robots can predict the future … and so can you – video

Get Anything You Want By Changing Your Thinking!