YouTube Is Running ‘Anti-LGBT’ Ads Alongside Videos By LGBT Creators

It’s officially the beginning of Pride month; however, the celebrations at YouTube appear to be lukewarm at best. The video streaming platform, which has long been a haven for independent LGBTQ+ creatives, has recently been accused by users and channels of running advertisements by anti-LGBTQ+ brands alongside creator content.

The second half of the video pic.twitter.com/aX6CxJL740

While some instances of the advertisement ran against unrelated content, including videos from Buzzfeed News, Full Frontal with Samantha Bee and YouTube personality Pewdiepie, fans noted that the advertisements were also running alongside LGBTQ+ creator content.

.@FullFrontalSamB so I went to watch the latest ep on YouTube and the ad that played before it was a 4 minute pity party for the lady who wouldn’t do gay wedding flower, by the anti-gay hate group “Alliance Defending Freedom”! Just thought you’d want to know, if you can opt out. pic.twitter.com/jOg4z7PsFI

Hi @YouTube . Can I ask why you are showing me, a gay man, an ad for an anti-LGBT group? When I hit the why button it said it is because of the time of day and the video I’m watching. That also doesn’t make sense because @pewdiepie isn’t anti-gay…. pic.twitter.com/JmvvhrD9QZ

Chase Ross, a transgender creator who speaks openly about his transition from female to male on his channel uppercaseCHASE1, says that he was sent screenshots of ADF’s advertisements on his video two months ago but that he thought it was a “one-time thing and a mistake.” However, it soon became clear that it was a recurring problem.

“Yesterday a bunch of people tweeted me more screenshots and videos of anti-LGBT ads (specifically from Alliance Defending Freedom),” Ross said. “This started up the conversation with other LGBT+ YouTubers, and we all realized our videos had anti-LGBT ads placed on them.” 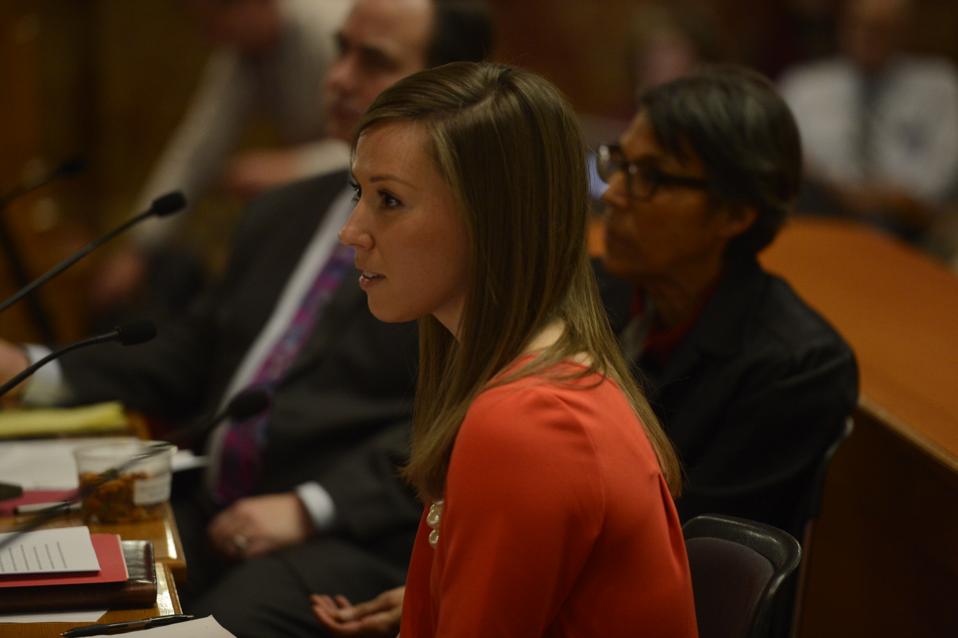 The advertisement from Alliance Defending Freedom is a four-and-a-half-minute clip that revolves around florist Baronnelle Stutzman. In it, Stutzman describes how she told a client that she could not create floral arrangements for his wedding to a man based on her religious beliefs — that man and his partner later filed a discrimination lawsuit titled Arlene’s Flowers v Ferguson, which they ultimately won in 2015. The video ends with a call to subscribe to Alliance Defending Freedom’s YouTube and Twitter channels.

Another screenshot provided by a fan showed another advertisement by conservative commentator ASKDrBrown running against Ross’ video regarding his five years post-female-to-male top surgery. ASKDrBrown’s ad — titled, “CAN YOU BE GAY AND CHRISTIAN?” — calls homosexuality “a sin” while citing the Bible.

@ChaseRoss @youtube so YouTube will push religion and anti gay beliefs but heaven forbid it (see my pun) if a kid gets helpful information about theirselves pic.twitter.com/zi8My7sdyj

Another tweet by bisexual YouTuber Gaby Dunn of Just Between Us, in which she said she had been alerted to similar advertisements on her channel by fans, quickly picked up speed on social media. She then asked her community if they had noted any other occurrences, which prompted a flood of comments.

One user responded with a screenshot, saying: “Same happened to me a few days ago with a [Just Between Us] video. In support of an anti lgbt lawsuit based on religious freedom. I couldn’t believe YouTube would allow the ad to run. Honestly super upsetting.”

Another revealed that they had actually seen the ads running on two Just Between Us videos two months prior, specifically the videos “Gay Allison” and “Why I’m Not Polyamorous Anymore.”

I reached out to a representative for Gaby Dunn’s channel for additional insight into the situation but was told that they had no further comment at this time. 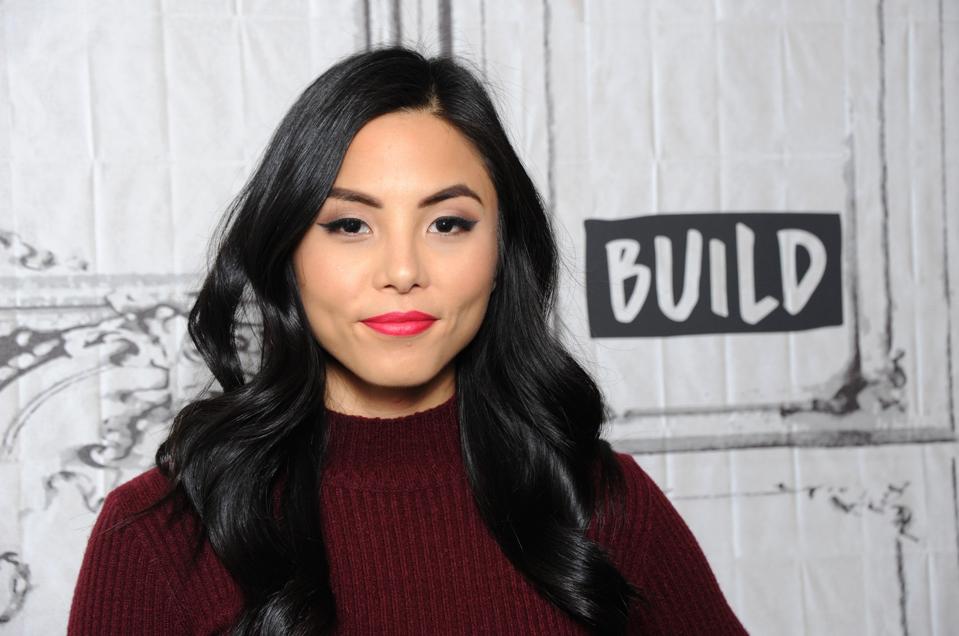 Other users have also begun to note they have seen anti-gay advertisements alongside videos by additional creators, which include Dodie, Anna Akana, the Philip DeFranco Show and vlogbrothers.

Hi @YouTube Just wanted to let you know that some of the young kids coming to my channel for support are getting anti-LGBT ads. I've played the demonetization dance and lost money in the process, but these ads are unacceptable. Please fix this. https://t.co/dHR2Cca5yM

I dont know what the fuck is going on at @YouTube but why the FUCK are people telling me that ads of this old fuck telling people being gay is wrong are running on my channel pic.twitter.com/LjhswnljrZ

Currently, YouTubers who reach a certain threshold of subscribers and viewers are invited to join the streaming service’s Partner Program. Under the terms of service, they are allowed to earn revenue on the condition that their content remains “advertiser-friendly” and adheres to the platform’s community guidelines.

In return, YouTube is allowed to sell pre-roll and mid-roll advertising to brands that runs against their videos. However, those advertisements must adhere to the same guidelines as any regular video because they must be uploaded as organic content to the platform first.

Despite YouTube’s policy that videos whose “primary purpose is to attack a protected group” is strictly against its community guidelines, it appears the Alliance Defending Freedom and ASKDrBrown advertisements fall into a gray area. In its Hate Speech policy, YouTube acknowledged the “fine line” that some content can face and also stated, “We encourage free speech and try to defend your right to express unpopular points of view, but we don’t permit hate speech.”

The setup strikes a particularly sour chord with LGBTQ+ creators like Ross who have struggled with YouTube’s strict monetization policies.

In the wake of the revelation that advertising was running against predatory videos targeted at children and extremist content, YouTube strengthened its auto-flagging algorithm and cracked down on channels that were deemed non-advertiser-friendly. However, the service overcorrected when it began demonetizing content that discussed LGBTQ+ issues and mental health — something that Ross is still fighting today.

He said: “I posted my five-years-post-op top surgery video yesterday, and it was demonetized instantly the second I added the word ‘transgender’ in the title. … My content on trans issues being restricted makes me feel so unwelcome on a platform that the LGBT+ community helped form.” 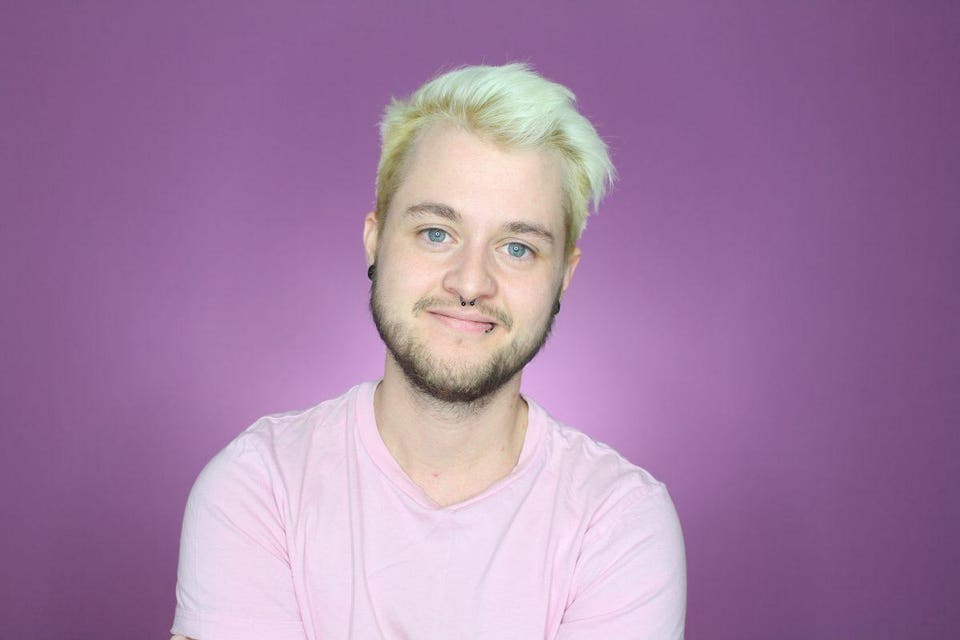 Ross continued: “I’m terrified. I’ve known three trans creators who have had their entire channels deleted, without strikes, so when my channel received a strike, I was terrified, and I still am! The anti-LGBT ads is just another stab, and it really hurts.”

Veteran YouTuber Hank Green also released a video statement in which he condemned the anti-gay advertisements running against LGBTQ+ content as “despicable” and “poison in the well.” He called for a “higher standard for advertisements than there is for content.”

YouTube confirmed that under the current advertising model, any ad must “meet the advertiser-friendly guidelines and the community guidelines.”

Green also suggested that YouTube introduce the option for creators to turn off controversial advertisements on their own videos. YouTube confirmed that this feature already exists, instructions for which can be seen in the image below and online here. 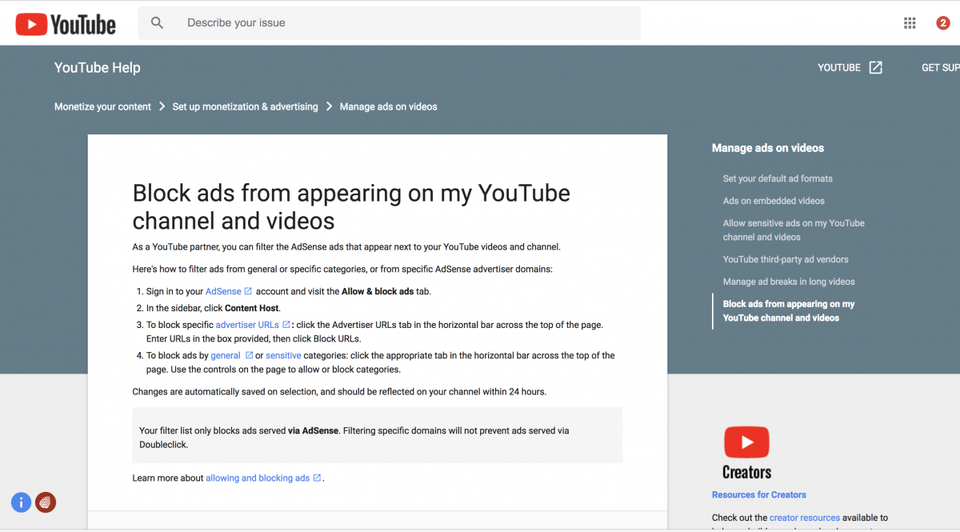 Instructions on how to filter advertisers for creators

“We have policies against ads on YouTube that incite hatred or promote discrimination, and all ads that run on the platform have to comply with these policies,” said a YouTube spokesperson. “Even when an ad does not violate our policies, we understand that creators may not want ads from certain advertisers appearing on their videos. That’s why we give creators the ability to block ads from an advertiser in their AdSense account. We also give creators the option to block certain categories of ads if they choose. In the meantime, we are looking at ways to improve our policies going forward.”

However, some creators like Ross and Green feel that these ads are targeting LGBTQ+ content — and more specifically, their audiences.

“I don’t like this at all,” Ross said. “I feel that maybe these anti-LGBT companies are doing on purpose to place their ads on LGBT content to try and get people who are maybe questioning their gender identity or sexuality. These individuals are in a vulnerable place, and these anti-LGBT organizations are taking advantage of them. This isn’t right, and I don’t like that YouTube is [letting] this happen. Anti-LGBT ads shouldn’t be placed on our videos.”

When asked for clarification, YouTube explained that it is currently impossible to target a specific demographic, saying: “You cannot target ads to a set of people or an audience based on their sexual orientation or gender identity. We have a strict personalized ads policy, and you cannot target specific demographics as prohibited by that policy. We do allow targeting by content, so we do allow ‘gardening,’ for example, as one of the keywords that you’re looking to target.”

It isn’t impossible that perhaps some of these advertisers set their keyword targeting to specific words, like “LGBT” and “trans,” that are relevant to the LGBTQ+ community. And if so, it’s a loophole that needs to be addressed. While it can be explained away as simple keyword targeting, these are words tied intrinsically to a specific audience and demographic — by targeting these keywords, you target the LGBTQ+ community.

This is why some people believe the world is flat, according to an astronomer